Another casualty of Russia’s war: Some Ukrainians no longer trust their neighbors 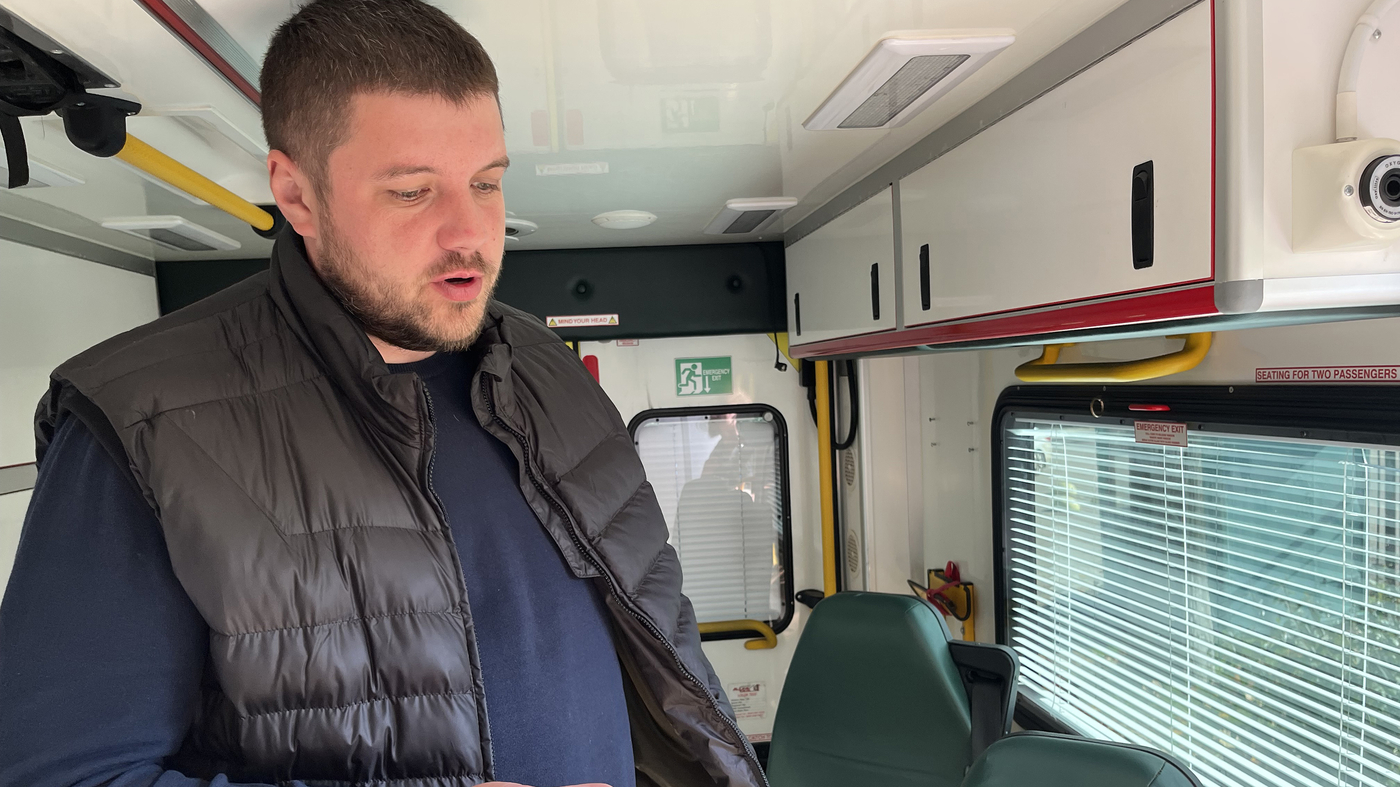 A man clears pieces of glass from his shop on Oct. 1 in Kupiansk, Ukraine, after the city was liberated from Russian occupation.

KUPIANSK, Ukraine — Volodymyr Tsyba was insulted. Sipping homemade wine, Tsyba recounts how four intelligence agents showed up at his house outside Kupiansk early last month, just a few days after the northeastern Ukrainian town was liberated from Russian occupation. They were looking for Russian collaborators. “‘Are you these people?” he says the agents asked him and his wife. “Get your things. Come with us.” The agents were part of the Security Service of Ukraine, known as the SBU. They had badges. They had weapons. “It was scary,” says his wife Svitlana.

Volodymyr and Svitlana Tsyba speak in their home in Hrushivka, Ukraine, on Oct. 18. They say they were detained by Ukrainian intelligence officials looking for Russian collaborators.

The officers drove them to the police station, where they questioned the couple for two hours. They pressed Svitlana about her work as a clerk for the surrounding villages of Kupiansk. They wanted to know why she was continuing to work for the Russians. She told them she didn’t feel like she was. She said she was simply continuing her work and helping her neighbors endure a very difficult reality. As a clerk, she handles all the legal paperwork for civilian life — wills, marriage certificates. But during the occupation, she also was collecting names of qualified villagers who could receive Russian payments of 10,000 rubles, a little more than $160.

“I understand that we should have probably realized with our actions … maybe by helping people, we were also helping the occupiers,” she says. She doesn’t blame the SBU for questioning her. They were doing their job, she says. And, she points out, they let her go. She says they told her they didn’t think she broke any laws. But she doesn’t understand why her neighbors — who she says she was trying to help — reported her as a collaborator. She said they asked to be included in the Russian payments. “From our village, there wasn’t a single person who didn’t take that money,” she says. “But I understand. People had to survive. I don’t blame anybody. But how am I guilty?” As towns recover from occupation, residents perceive their neighbors differently In recently liberated towns along the front lines of the war in Ukraine, authorities have been focused on reaching survivors, documenting war crimes and beginning the process of rebuilding homes and buildings. But another challenge that is emerging is how months of Russian occupation have ripped apart the social fabric of these towns and villages. Neighbors no longer know whom they can trust. They don’t know who was a collaborator.
Andriy Besedin, the acting mayor of Kupiansk, calls this a “huge problem.” His town was liberated on Sept. 9 as part of the large Ukrainian counteroffensive across the east and south. It’s a strategically important location along the Oskil River, with a bridge and railway depot. The residents have been through tremendous turmoil.