Biden is rethinking the U.S. relationship with Saudi Arabia after OPEC cuts 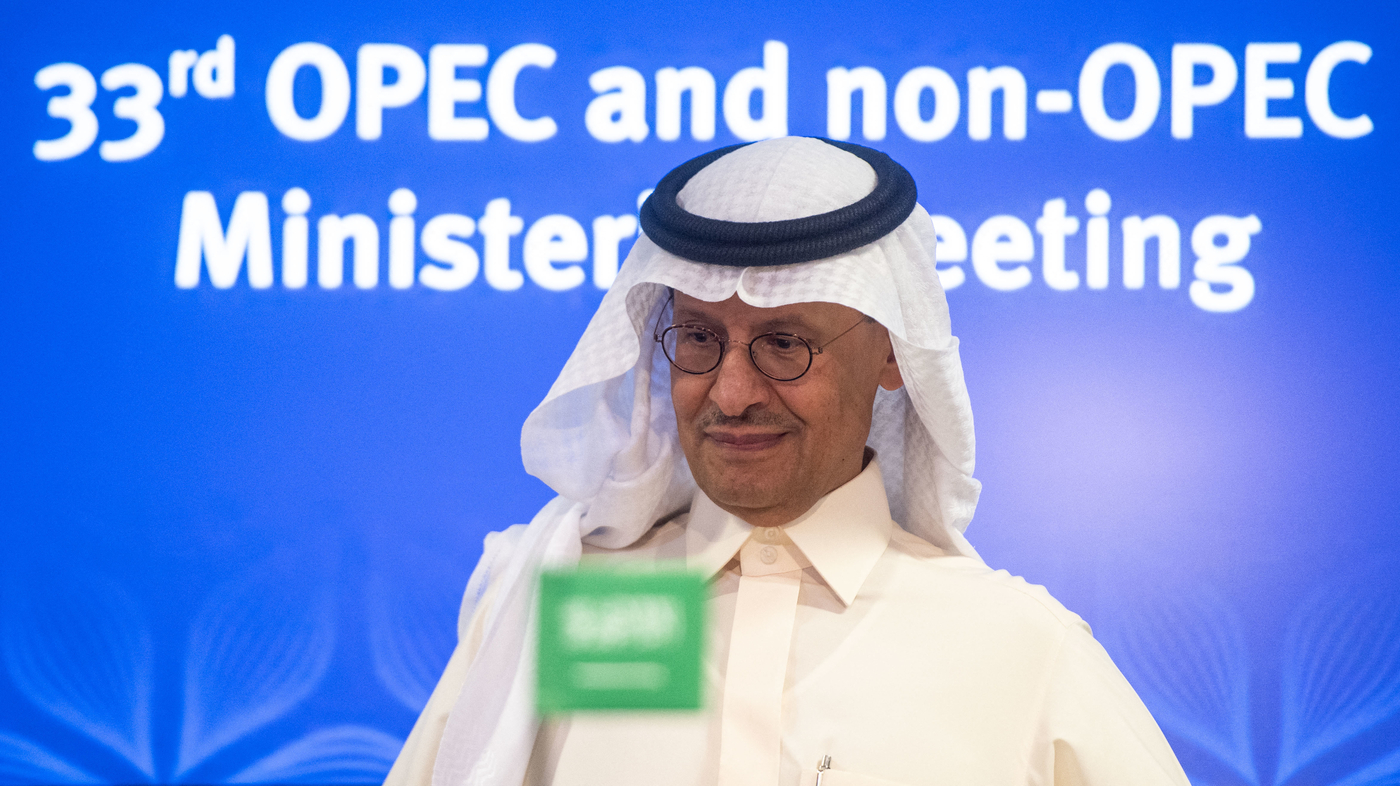 Saudi Arabia’s Minister of Energy Abdulaziz bin Salman at the OPEC and non-OPEC meeting on October 5, 2022.

President Biden wants to take a closer look at the longstanding U.S. relationship with Saudi Arabia after after OPEC+ decided to cut oil production last week, a decision the White House said was not warranted and mainly serves to help Russia. National Security Council spokesman John Kirby told reporters Tuesday that Saudi Arabia played a key role in that production cut. He said Biden wants to discuss the future of U.S.-Saudi Arabia relations with Congress, and whether those ties still serve the national interest. The Organization of the Petroleum Exporting Countries announced it would reduce production by 2 million barrels per day, a move seen by some as a method of punishing the United States and its continued support of Ukraine. Kirby said the cartel’s production cut was not warranted by market conditions and called it “a short-sighted decision that benefitted Russia, at a time when nobody — in any capacity — should be trying to benefit Vladimir Putin.”

Riyadh maintain that the decision was prompted by market conditions — and denied it was meant to target Washington. “The idea that Saudi Arabia would do this to harm the U.S. or to be in any way politically involved is absolutely not correct at all,” Adel al-Jubeir, the Saudi minister of state for foreign affairs, told Fox News. The United States and Saudi Arabia have had a close relationship since 1940, with shared interests in regional security and energy, according to the U.S. State Department. However, the U.S. has been critical of the kingdom in recent years because of the Saudi track record on human rights. Biden had promised when he ran for office that he would hold Saudi Arabia accountable for its human rights abuses, including the murder of Washington Post journalist Jamal Khashoggi. Biden was criticized this summer for meeting with Saudi Prince Mohammad bin Salman this summer, giving him a fist-bump greeting. The meeting had come together as global oil supplies tightened and prices soared due to Russia’s invasion of Ukraine. Biden plans to talk to lawmakers after the midterms Kirby declined to comment on specific proposals on how the relationship could change, saying that Biden would talk to lawmakers when they return to Washington after the midterm elections next month.
“He knows that many members have expressed concerns, on both sides of the aisle,” Kirby said. New Jersey Sen. Bob Menendez, the chairman of the Senate Foreign Relations Committee, issued an unsparing statement on Monday that called for a freeze on arms sales. In his statement, Menendez accused the kingdom of using its position in OPEC+ to side with Russia and its campaign in Ukraine.

“There simply is no room to play both sides of this conflict – either you support the rest of the free world in trying to stop a war criminal from violently wiping off an entire country off of the map, or you support him,” Menendez said. “The Kingdom of Saudi Arabia chose the latter in a terrible decision driven by economic self-interest.” New Jersey Rep. Tom Malinowski told NPR last week that Saudi Arabia’s decision was a hostile act, and that the U.S. should reconsider its security role in the kingdom. “I just don’t see any good reason for us to maintain troops that are there almost solely for the purpose of protecting their oil fields and their security interest.”
…