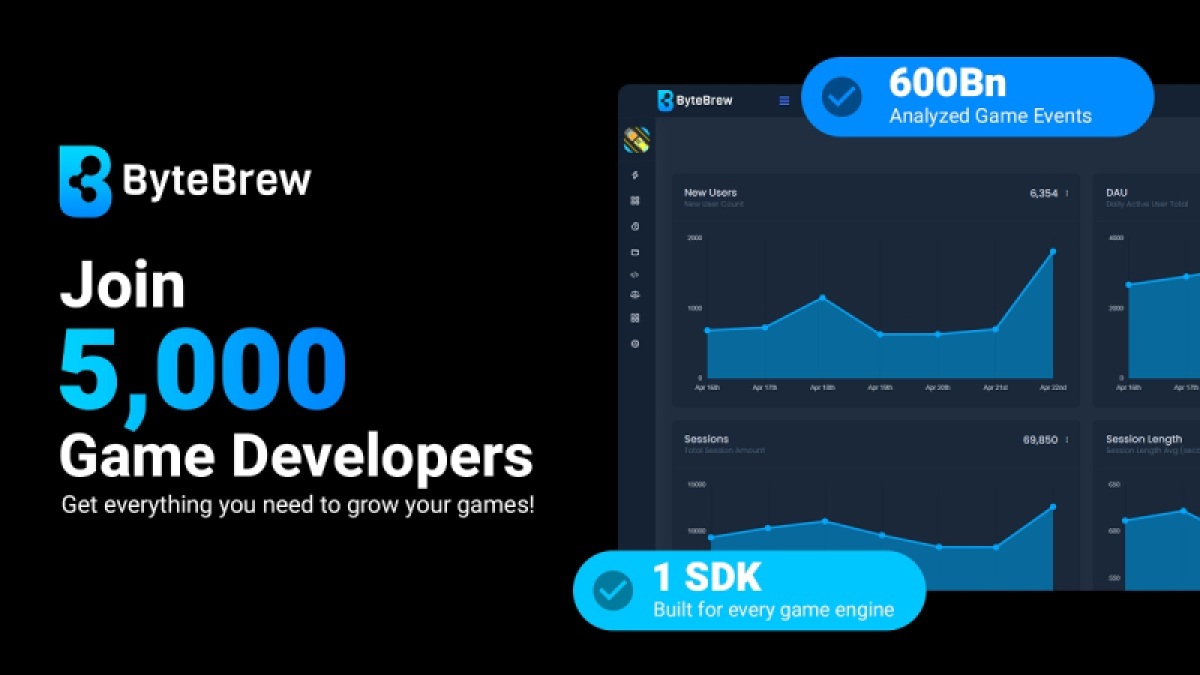 ByteBrew has raised $4 million for its all-in-one mobile game analytics platform that provides developers with tools they need to grow their games business.

It may come as no surprise that former game developers created this game analytics platform. What’s pretty amazing about it is that it was built by a team of just two brothers in San Diego, California. And as a a free product, it has more than 5,000 mobile game studios using it.

Konvoy Ventures led the round. Other participants include VC firm Valhalla Ventures, early-stage venture fund Node Ventures, and other angels. Konvoy principal, Taylor Hurst, will be joining ByteBrew’s board. The funding will be used to further develop new technologies for developers, and expand the team.

Created by Cameron Hozouri (CEO) and Kian Hozouri (COO), ByteBrew equips developers with a suite of out-of-the-box growth products ranging from real-time analytics and monetization tracking to player progression and ad attribution measurement. It is available in just one platform and software development kit (SDK).

Developers can use it to get a complete understanding of their game’s performance to make key decisions about game design, development, monetization, and user acquisition, said Kian Hozouri in an interview with GamesBeat.

“ByteBrew came about from an indie development studio that we had,” Kian Hozouri said. “When we were developing games, we were working with a lot of different publishers to scale them. At one point, we were making one game every. So there was a lot of development going on. And we were always learning.”