Chinese families navigate a maze of laws and COVID rules to have babies in the U.S. 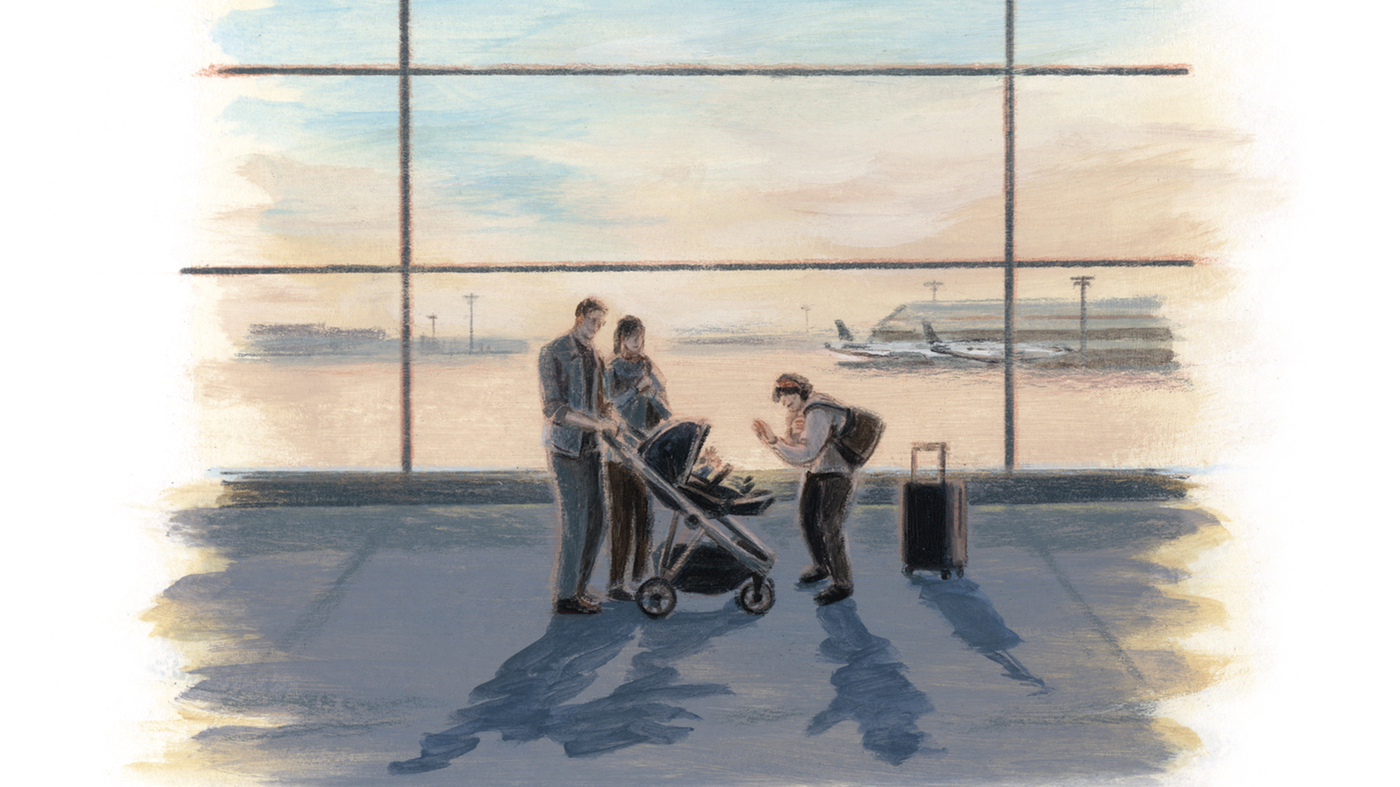 FOUNTAIN VALLEY, California — Inside a three-story pastel mansion in this quiet suburb south of Los Angeles, Auntie Wang cradles a 2-week-old baby girl named Echo. “The more time you spend with her, the more she is attached to you,” says Auntie Wang, who moved to the United States seven years ago from China. “You hold her, play with her, engage with her and look, she responds to you.” The 58-year-old clucks and coos at the baby in obvious delight. But for all the affection, she is not the baby’s mother or even a relative. She is a hired nanny whose job is to care for Echo and other babies like her born through surrogacy — where a woman carries and gives birth to a baby for another couple or individual. Auntie Wang does not want to share her full name because of the sensitivity and legal issues around surrogacy in her home country. The agency she works for, called Fat Daddy, specializes in these services for clients in China — where providing surrogacy is effectively prohibited.

The company is one part of a well-established industry centered in California that also includes the controversial service of bringing Chinese mothers to the U.S. to give birth to their children, known as “birth tourism.” But for nearly three years, the whole industry has been upended by the coronavirus pandemic and China’s travel restrictions, which have been among the tightest in the world. In 2020, Beijing completely shut the country’s border to contain COVID-19 and has never fully reopened them. That has meant Chinese parents cannot fly to the U.S. to meet or vet their surrogate in person. Instead, clients have had to send their reproductive samples — eggs, sperm or both — via special delivery to the U.S. so the surrogacy can take place. China’s “zero-COVID” policies and recent passport restrictions have also made it nearly impossible for many Chinese parents to then travel to the U.S. to pick up their newborn babies. So, for nannies like Auntie Wang, that has meant a lot more work. Whereas before the pandemic, she looked after the babies for up to six weeks, now such care often stretches to several months while the Fat Daddy agency works to arrange flights and the Chinese residency papers required to transport the babies to China.
They’re coming to America, where surrogacy is legal in most states One family caught up in the bureaucracy is 1-year-old Lucy, born in the U.S., and her parents back in China. “Getting a [U.S.] visa took Lucy’s mother four months,” explains Sunny, a Fat Daddy employee who manages the house where surrogate babies and their caretakers live. She wants to use only her first name in the story to avoid being identified because providing surrogacy is illegal in China. “But her flights from China keep getting canceled.”

In the U.S., Chinese couples can easily pay more than $100,000 for surrogacy — high costs that include lodging, catering and transportation. Cheaper options exist in Thailand, Cambodia, India and Russia. In recent years, Ukraine had become a major center for the industry, but after Russia invaded the country, at least 19 surrogate babies destined for China were left stranded.

Rather than look abroad, some Chinese parents seek surrogacy services from underground providers in China. One study estimates that a decade ago, up to 500 businesses were operating surreptitiously. But people using the services had few legal rights if the provider did not hand over the baby — or if the biological parents decided to split custody. For Chinese parents with the financial means, a popular option remains the U.S., where surrogacy is legal in most states. “America has everything. America is a good country — as long as you know what you want,” says one Chinese birth tourism agent based in California. He does not want to give his name because China bans providing such services. “Having children in the U.S. will always bring advantages, because America is a country for immigrants.” It is difficult to know how many Chinese couples use surrogacy services in California because the state’s health department says it does not keep track. But NPR spoke to several agencies that suggested there were hundreds, if not thousands of cases in the state a year. The co-founder of Fat …