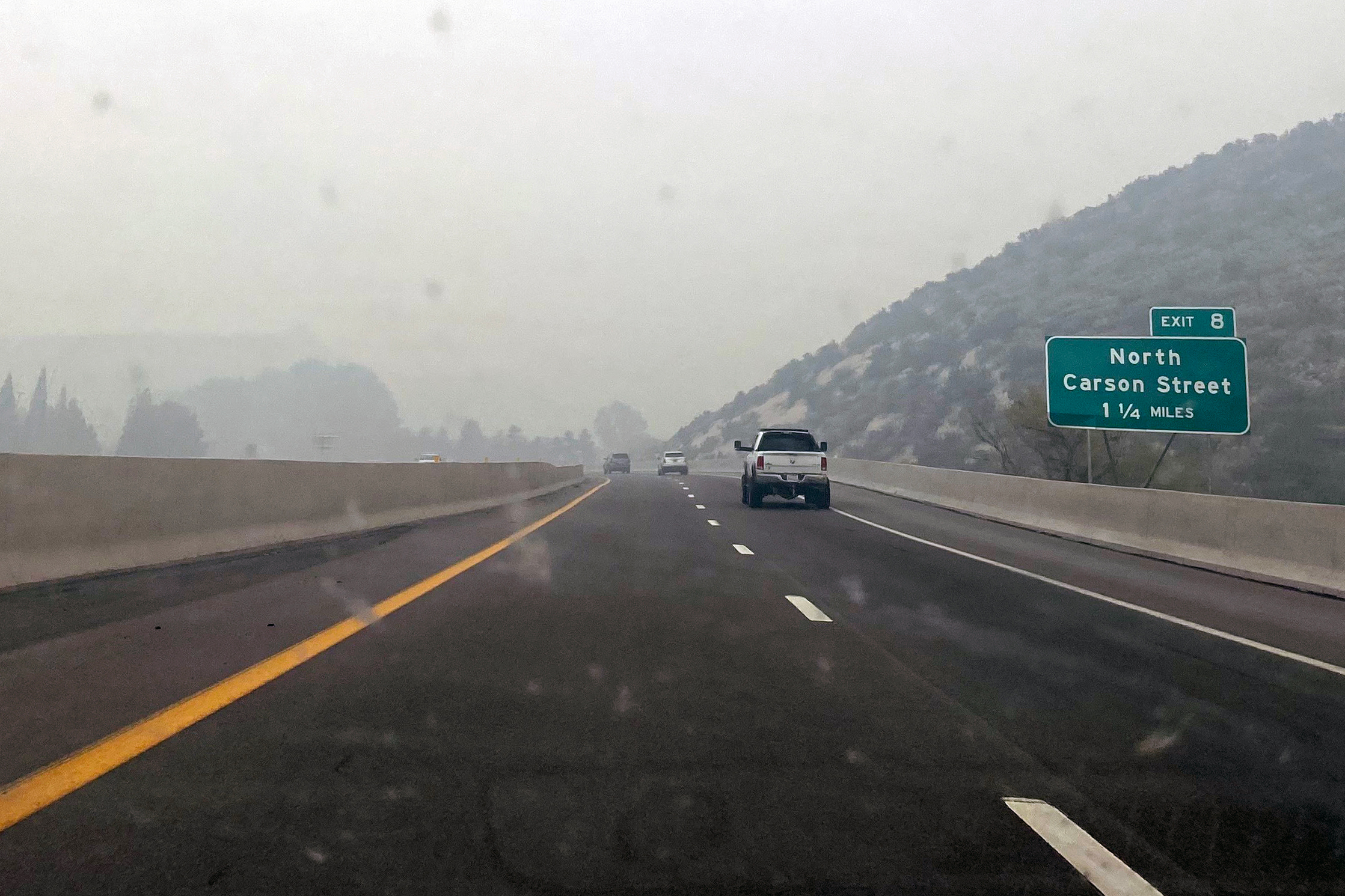 DRESSLERVILLE, Nev. — Smoke began billowing into the skies of northwestern Nevada in September, clouding the mountains, dimming the sun — and quashing residents’ hopes that they would be spared from wildfires and the awful air quality the blazes produce.

The lung-irritating particles were blowing in from burning forests in California and settling in Douglas County, Nevada, home to nearly 50,000 people, prompting warnings that air quality had reached hazardous levels.

Those levels meant the air was very unhealthy, bad enough to raise alarms about people’s immediate health care needs and questions about whether worsening pollution could result in long-term health issues. People could increasingly face such risks as climate change makes wildfires, drought, dust storms, and floods more frequent across the U.S. and the world.

“There’s not much we could do about it,” said Serrell Smokey, chairman of the Washoe Tribe of Nevada and California. The tribe’s land straddles the border between California and Nevada near Lake Tahoe and extends into Douglas County, about 60 miles south of Reno.

Tribe members and other area residents are among millions of people nationwide who this year will experience poor air quality because of wildfires. In September, as smoke settled over Nevada, fire-related air quality alerts were dispatched in six other states: California, Idaho, Montana, Oregon, Washington, and Wyoming.

Yet, by one measure, people who live in Douglas County are better off than those in some other hard-hit areas. Douglas County residents must drive 30 minutes, on average, for medical care from lung specialists called pulmonologists. In other parts of the West and Upper Midwest, however, patients must drive an hour or mo …