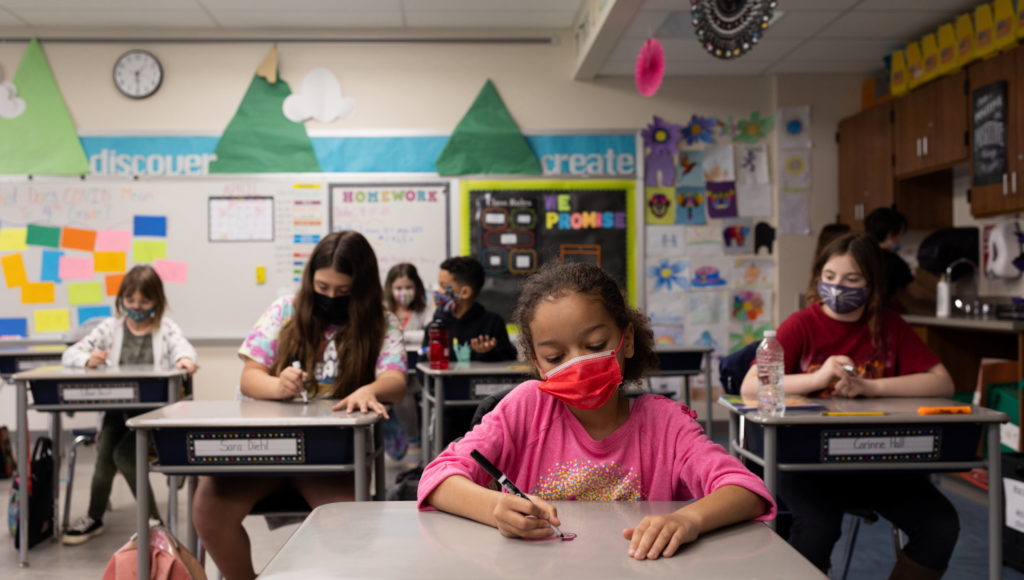 The COVID-19 pandemic devastated poor children’s well-being, not just by closing their schools, but also by taking away their parents’ jobs, sickening their families and teachers, and adding chaos and fear to their daily lives.
The scale of the disruption to American kids’ education is evident in a district-by-district analysis of test scores shared exclusively with The Associated Press. The data provide the most comprehensive look yet at how much schoolchildren have fallen behind academically.
The analysis found the average student lost more than half a school year of learning in math and nearly a quarter of a school year in reading – with some district averages slipping by more than double those amounts, or worse.
WATCH MORE: Long-term effects of COVID school shutdowns become apparent as students return to class
Online learning played a major role, but students lost significant ground even where they returned quickly to schoolhouses, especially in math scores in low-income communities.
“When you have a massive crisis, the worst effects end up being felt by the people with the least resources,” said Stanford education professor Sean Reardon, who compiled and analyzed the data along with Harvard economist Thomas Kane.
Some educators have objected to the very idea of measuring learning loss after a crisis that has killed more than 1 million Americans. Reading and math scores don’t tell the entire story about what’s happening with a chil …