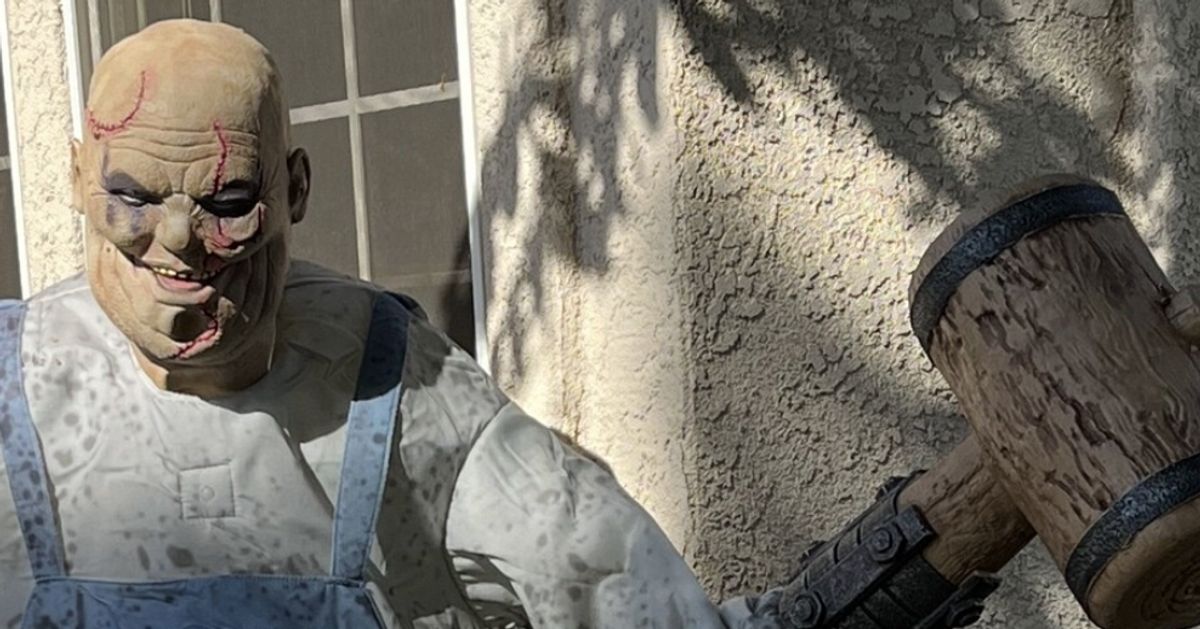 Former GOP congressman and current Truth Social CEO Devin Nunes apparently finds the home invasion hammer attack by a Donald Trump supporter suspect on the husband of Democratic House Speaker Nancy Pelosi hilarious.Nunes on Saturday posted an appalling quip about the attack on Truth Social featuring a photo of a man in a monster costume wielding a giant mallet.Advertisement“At least this guy has his clothes on,” wrote Nunes, referring to early, inaccurate reports that the suspect was in underwear Friday when he broke into Paul Pelosi’s California home that he shares with his wife and assaulted him with a hammer. Paul Pelosi was rushed to a local hospital, where he underwent surgery for a fractured skull.David DePape, 42, was arrested Friday and will be charged with attempted homicide, assault with a deadly weapon, elder abuse and burglary, authorities said. It has been reported that DePape posted about QAnon online and defended former President Donald Trump. DePape aimed to confront Nancy Pelosi when he broke into the couple’s home, sources told HuffPost.Critics on Twitter were not amused.Such a disgusting, miserable assh0le!— Kathleen Ryan (@kat8888) October 29, 2022

Completely and totally disgusting. But didn’t expect anything else from these people.— Starsgma (@StarsgmaVargas) October 29, 2022

AdvertisementAs of Saturday evening, Trump hasn’t said anything about the attack.Like Nunes, Virginia Gov. Glenn Youngkin (R) had some thoughts he decided to share about the Pelosi home invasion.Youngkin said Friday there’s “no room for violence anywhere.” He then added: “We’re going to send her [Nancy Pelosi] back to be with [her injured husband] in California.” He made the comment while campaigning on behalf of Virginia House GOP candidate Yesli Vega.An emotional President Joe Biden, during a Friday speech in Philadelphia, Pennsylvania, railed against the “despicable,” hate-fueled hammer attack.“Enough is enough is enough,” Biden said. “Every person of good conscience needs to clearly and unambiguously stand up against the violence in our politics, regardless of what your politics are.” …