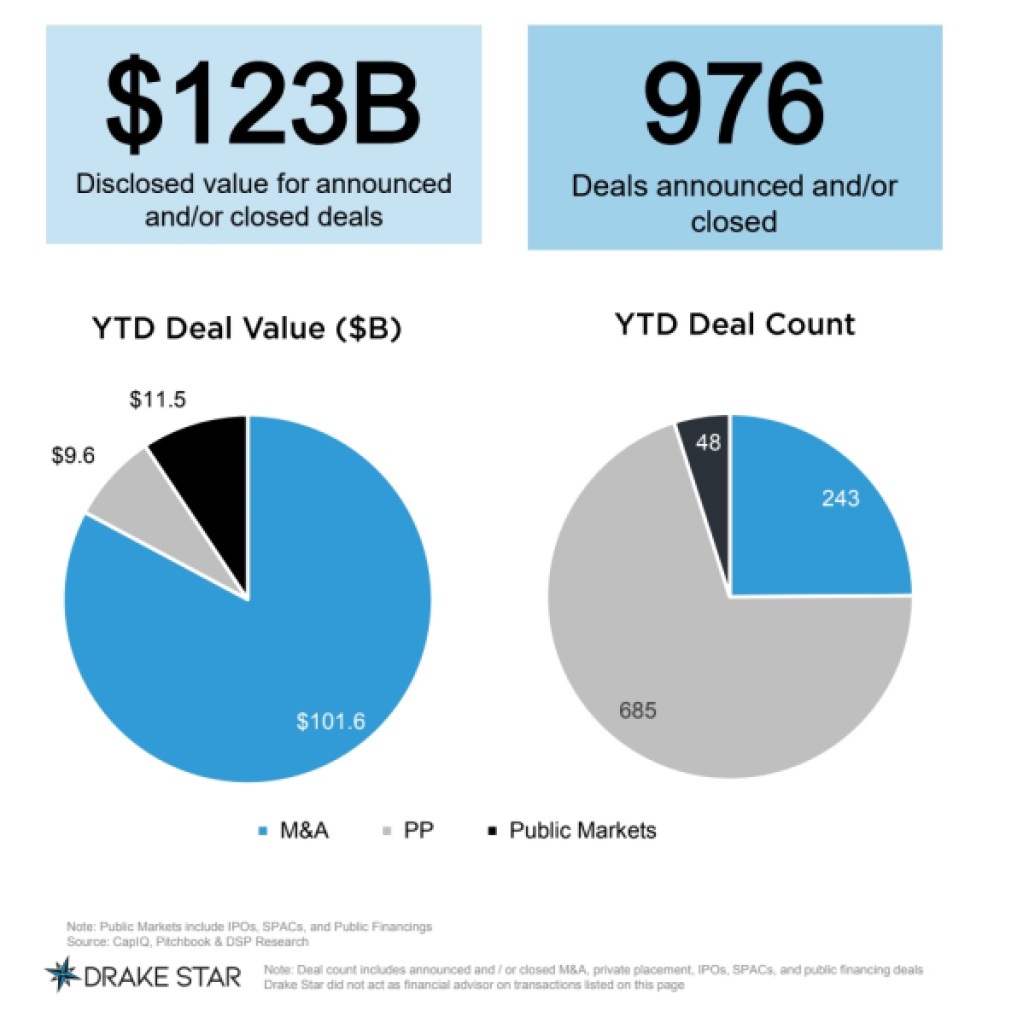 Game industry investments and acquisitions picked up in the third quarter after a slow second quarter despite economic headwinds, according to a report by Drake Star Partners.

That should offer some relief to game companies that are either looking to raise money or get acquired.

In Q3, the number of deals was up to 81 valued at $6 billion, compared to 70 valued at $1.8 billion in Q2. And for the nine months ended September 30, there was a mammoth $123 billion in total deal value through 976 announced and/or closed deals (investments and M&A combined). In the same period, 954 deals were announced with a $115 billion in disclosed total deal value during this period, Drake Star said.

“In Q3, it was still very active, and we were excited to see at least one large deal with the Unity acquisition of IronSource proposed,” said Michael Metzger, partner at Drake Star, in an interview with GamesBeat. “There were a lot of smaller and midsize deals. We don’t really know the deal values for a lot of those. So looking at the deal value for the quarter was more difficult.”

Of course, there are a lot of subtleties in Drake Star’s Global Gaming Industry Report for Q3 and first nine months of the year. As an example, many deal values are undisclosed, and the full economic impact of a weakening global economy may still lie in the future.

976 game deals valued at $123 billion have been announced or closed this year.“2022 has been a mixed year for gaming,” said Metzger. “We saw some of the largest M&A deals ever at the start of the year and then exper …