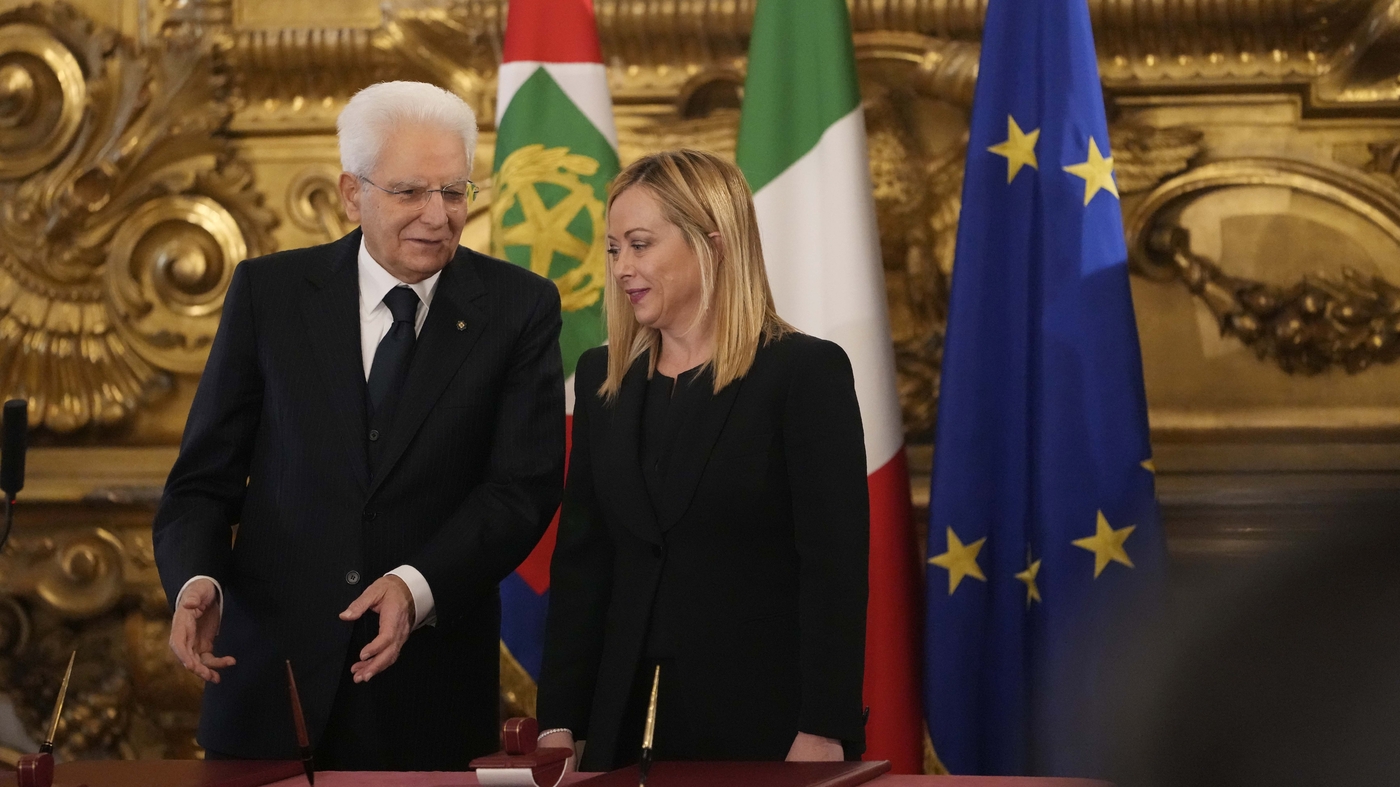 Italian President Sergio Mattarella is flanked by newly appointed Italian Premier Giorgia Meloni during the swearing in ceremony in Rome on Saturday.

ROME — Giorgia Meloni, whose political party with neo-fascist roots emerged victorious in recent elections, was sworn in on Saturday as Italy’s first far-right premier since the end of World War II. She is also the first woman to be premier. Meloni, 45, recited the oath of office before President Sergio Mattarella, who formally asked her to form a government a day earlier. Her Brothers of Italy party, which she co-founded in 2012, will rule in coalition with the right-wing League of Matteo Salvini and the conservative Forza Italia party headed by former Pr …