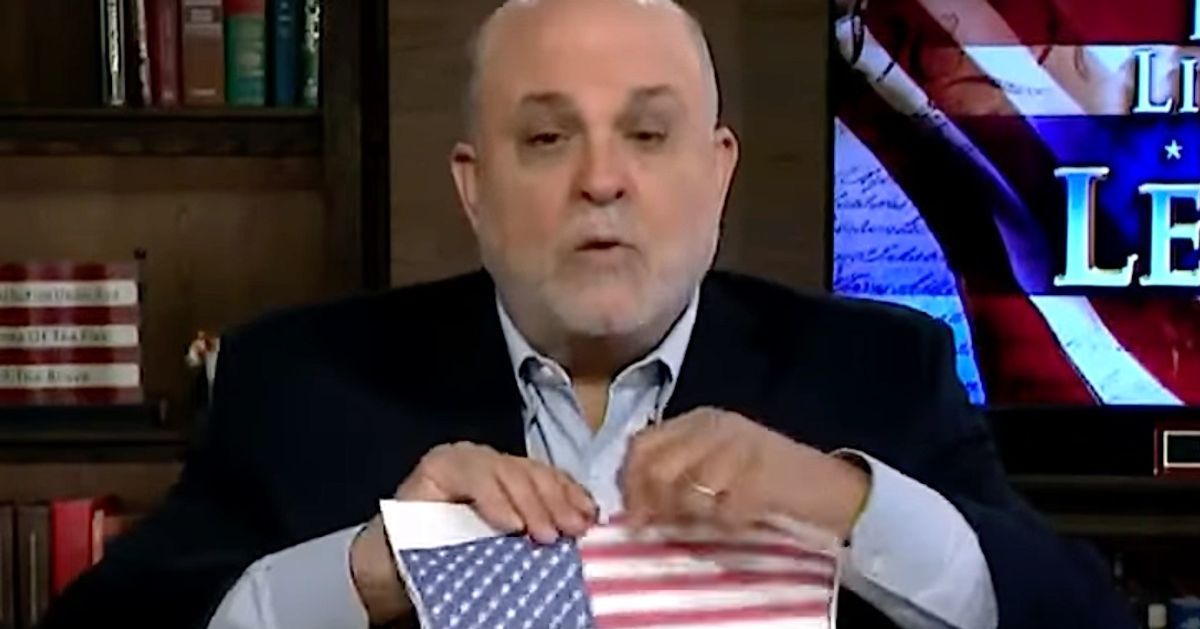 Levin tried to smear Democrats as “destroying” the country and attacked every single candidate ― some by name ― as a “radical.”He also claimed he believes America is “the greatest country on the face of the Earth.” But he picked an odd way to show it by ripping up the flag:The divisive pic-ripping rant was ironically intended to blame Democrats for the nation’s divisions.See his full monologue here. Levin, a conspiracy theorist known for his extreme fealty to Donald Trump, spent much of his monologue ripping up images. Along with the flag and King, he also tore pics of Abraham Lincoln, the Constitution, money and more, all to supposedly show how much Democrats hate those things.Twitter users called out Levin for his stunt: