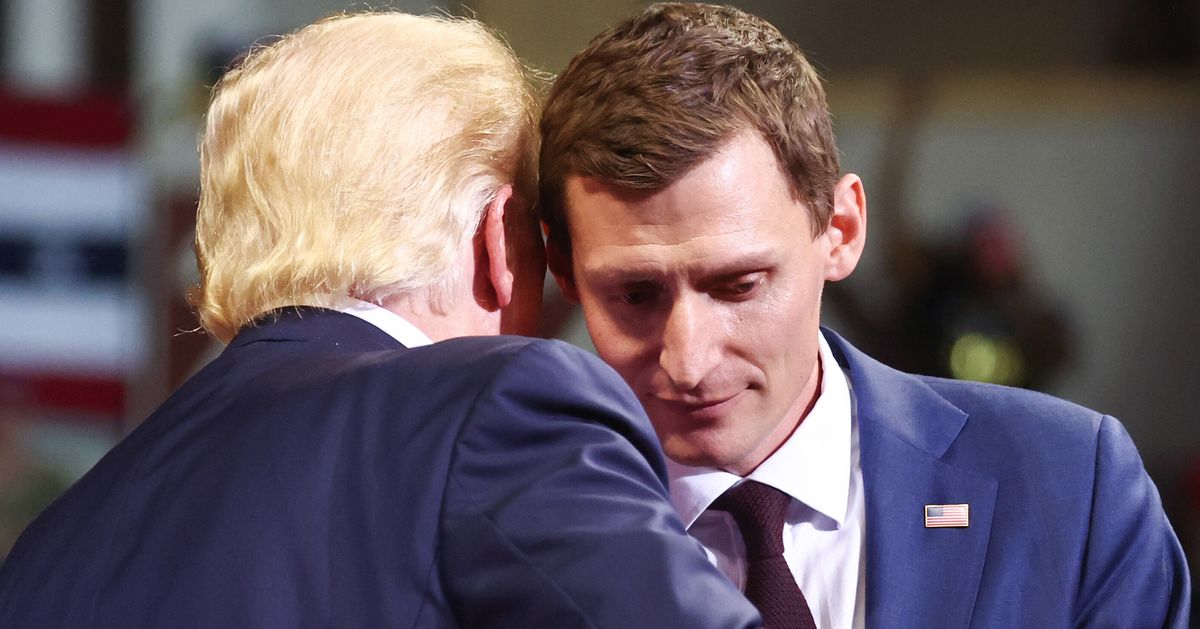 “It’s the one-yard line. If you want to get across the line, you need to be stronger on that one thing … lot of complaints about that,” the former president told Masters in the episode, titled “The Candidate: Blake Masters,” after Masters suggested during his debate with current Sen. Mark Kelly (D-Ariz.) earlier this month that there was no evidence of rigged voting in the 2020 election. Masters also called Joe Biden the “legitimate president.”Trump, in a telephone call that Masters put on speakerphone, encouraged Masters to take a page out of the playbook currently being deployed by Arizona GOP gubernatorial candidate Kari Lake, who has repeatedly called the 2020 vote corrupt.“Look at Kari, Kari is winning with very little money and if they say, ‘How is your family?’ She says, ‘The election was rigged and stolen,’” Trump told Masters, whose divisive rhetoric has been condemned by the best man at his wedding and even his own former classmates.“You’ll lose if you go soft, you gonna lose that base,” Trump added.After the call, Masters was filmed saying: “I didn’t think I went soft on the election.”