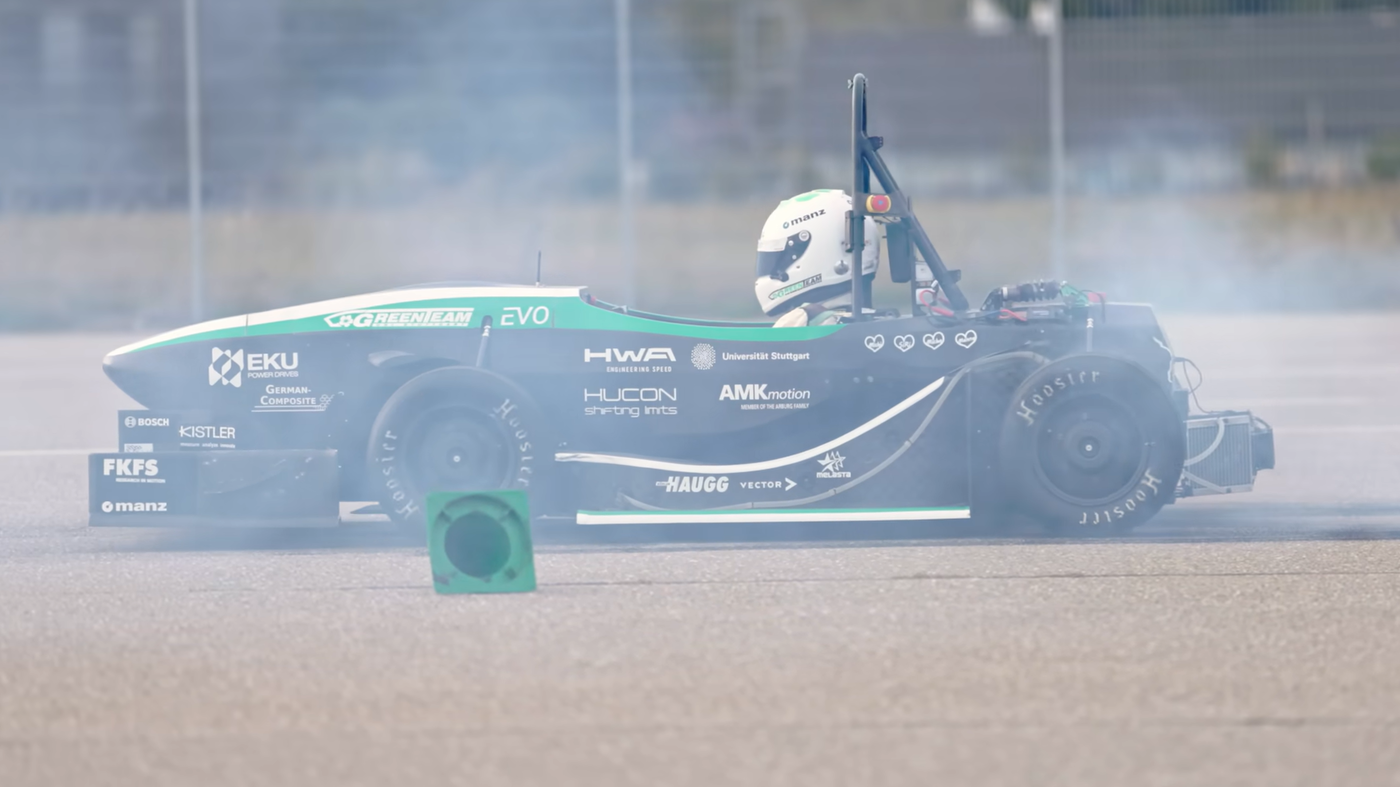 A screenshot of the GreenTeam’s electric car on the track where it broke the record for fastest acceleration of an electric vehicle.

Before you can say “One Mississippi, two Mississippi,” the world’s newly minted fastest-accelerating electric vehicle will be long gone. The electric racing car, built by 20 University of Stuttgart students known as the GreenTeam, can go from 0 to a little over 62 miles per hour in just 1.461 seconds. The school’s website says that its peak acceleration is “roughly equivalent to the force experienced by astronauts when a rocket re-enters the Earth’s atmosphere.” This isn’t the first time the GreenTeam has broken the record, according to the university. It held the record in 2012 with a time of 2.681 seconds. Then, the title went to the Netherlands and Switzerland, until the German team took it back in 2015 at 1.779 seconds. A Swiss crew broke that record in 2016 with 1.513 seconds, which remained unbeaten until now.

It was the GreenTeam’s second attempt at the record this year after preparing for nearly a year. The team had to cancel their first try, which was scheduled for early September, because of technical issues. Guinness World Records said the record was verified at a test track in Renningen, Germany, on Sept. 23.