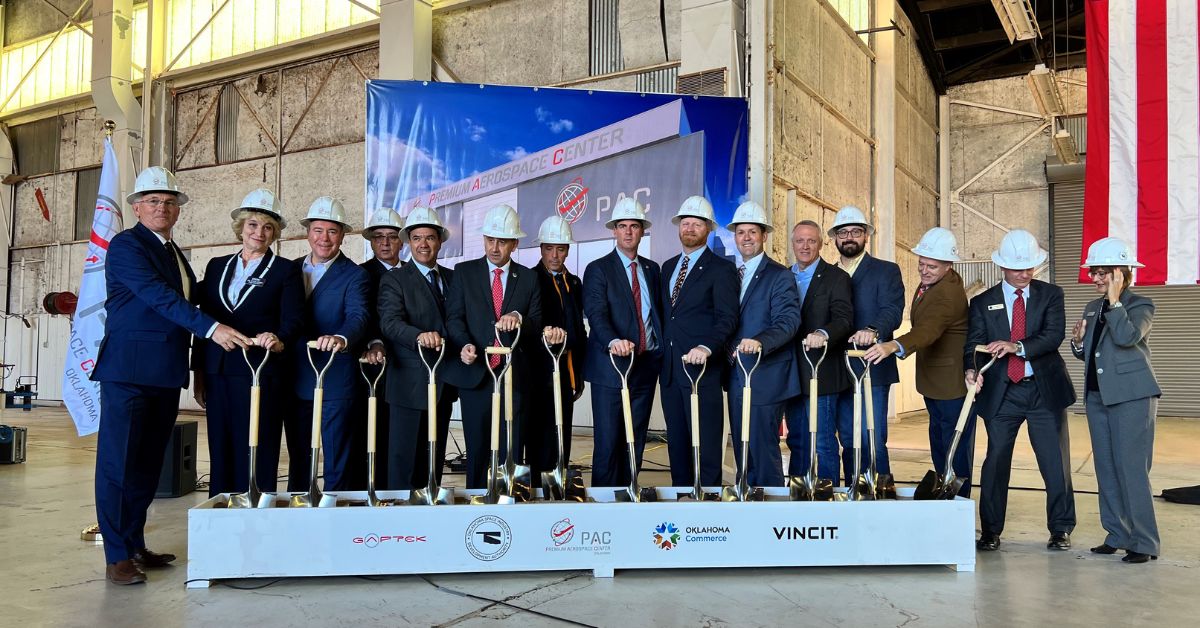 Governor Kevin Stitt and local leaders announced today that Premium Aerospace Center (PAC) will locate its international headquarters at the Oklahoma Air & Space Port complex in Burns Flat, Okla. PAC will invest several million dollars to renovate and expand two existing hangars and build a third hangar at the facility.
“Seeing this project come to fruition has been a goal of mine since we met with Premium Aerospace in Mexico last fall,” Gov. Stitt said. “The investments we are making in this site, and several others, will make Oklahoma a prime target for foreign investment and high-quality jobs. This announcement from PAC further solidifies Oklahoma as the aerospace MRO Capital of the World.”
PAC signed a long-term lease and business development agreement at the aerospace industrial park and FAA-licensed spaceport at the Clinton-Sherman Airport. The renovated hangars and new hangar will accommodate 737 and larger aircraft for paint and interior remodeling for airline companies with strategies to further expand its business model. The company estimates as many as 600 new jobs to be added once the hangars are complete.
“We were impressed by Governor Stitt’s enthusiasm and warm invitation to establish our operations in Oklahoma,” said Lucas Conde, PAC General Manager. “The infrastructure investment by the State and the D …