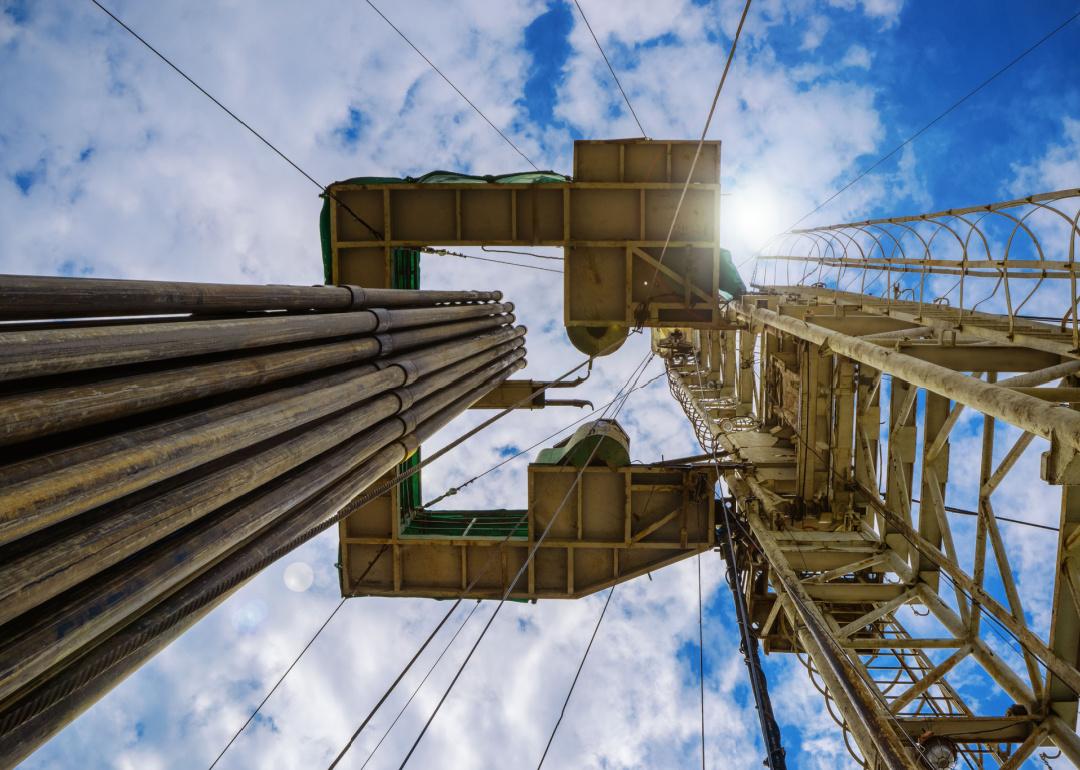 Here’s how fracking and renewables are changing US energy production

Looking up at cloudscape through gas drilling rig

The use of renewable energy sources is on the rise in the U.S., which may be a welcome relief to both Earth and its inhabitants. Sourcing energy from renewables such as solar power, hydropower, and wind offers a plethora of health and sustainability benefits, especially compared to energy sources that release greenhouse gases into the atmosphere. Considering the volume of U.S. energy use, national over-reliance on GHG-emitting energy sources has been a cause for concern in most scientific circles for decades.

Currently, the residential and commercial sectors of the U.S. each consume between 4-7 quadrillion Btu, or British thermal units, of energy annually, while the industrial and transportation sectors use between 22-27 quadrillion Btu. By far the largest energy consumer in the U.S. is the electric power sector, which gobbled up more than 36 quadrillion Btu in 2021.

Unfortunately, renewable energy source use pales against sources like natural gas. The Energy Information Administration found that since 2000, natural gas use in the residential sector alone has been more than three times that of renewables, despite an uptick in renewable sourcing since 2010. In the commercial sector, the difference is even more extreme, at nearly four times that of renewables. So, it is of little surprise that hydraulic fracturing (or fracking), which is the method by which natural gas is extracted, dominated U.S. energy production in 2021—a year that also marked the third in a row that annual energy production exceeded energy consumpt …