In a sign she may change course on taxes, the U.K.’s Truss fires her finance minister 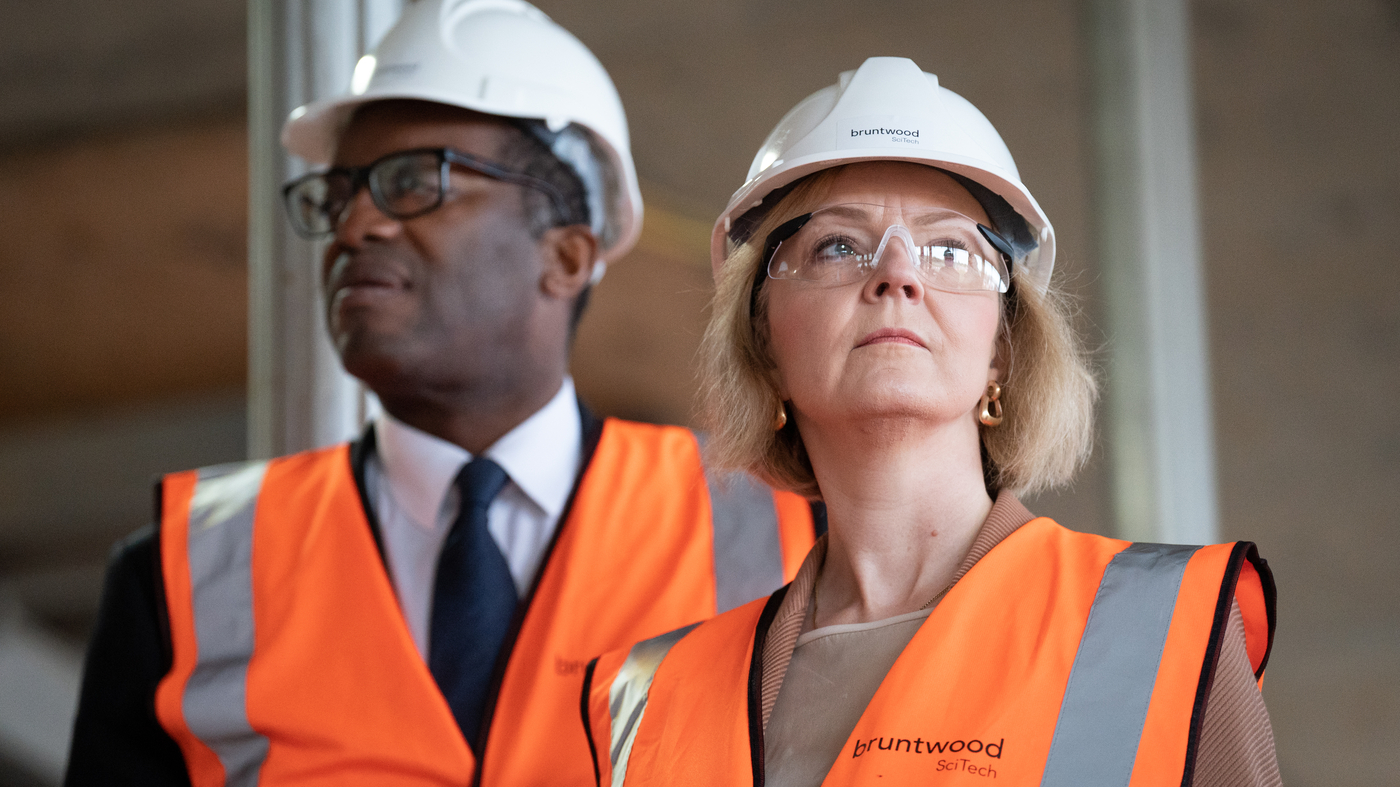 U.K. Prime Minister Liz Truss and Chancellor of the Exchequer Kwasi Kwarteng visit a construction site in Birmingham earlier this month. The two met this morning over finance policy.

LONDON — Britain’s finance minister Kwasi Kwarteng has been forced from office just hours after arriving back to London from meetings in Washington, D.C. Downing Street says Britain’s Prime Minister Liz Truss will make a public statement Friday afternoon, designed to calm financial markets and members of her own Conservative Party over her new government’s commitment to fiscal responsibility.

Truss has sought to reverse course to some extent by canceling a planned tax cut for Britain’s highest earners but has faced sustained pressure to cancel more of her planned measures, amid criticism from legislators from her own party, political opponents, international economists and investors who have continued to divest themselves of British assets. In a sign of the widespread concern inside her government about the need to rethink the economic strategy of major tax cuts — one of the major elements of her leadership campaign this summer — Kwarteng departed early from Washington, D.C., Thursday evening, where he had been meeting with international counterparts as part of a meeting of the International Monetary Fund.

He and Truss held urgent talks in Downing Street shortly after his return to London. “When you asked me to serve as your Chancellor, I did so in full knowledge that the situation we faced was incredibly difficult, with rising global interest rates and energy prices,” Kwarteng said in his resignation letter. “However, your vision of optimism, growth and change was right.”

Over the course of this morning, as participants in the financial markets grew confident that Truss would take action of some kind, confidence seemed to return in the form of U.K. government debt purchasing, which had the effect of lowering the costs for government borrowing. Prior to her public speech, Truss’ office and her supporters had repeatedly said she will not change her broader approach to kick-starting economic growth, and that she and Kwarteng have continued to work together towards a common goal.
…