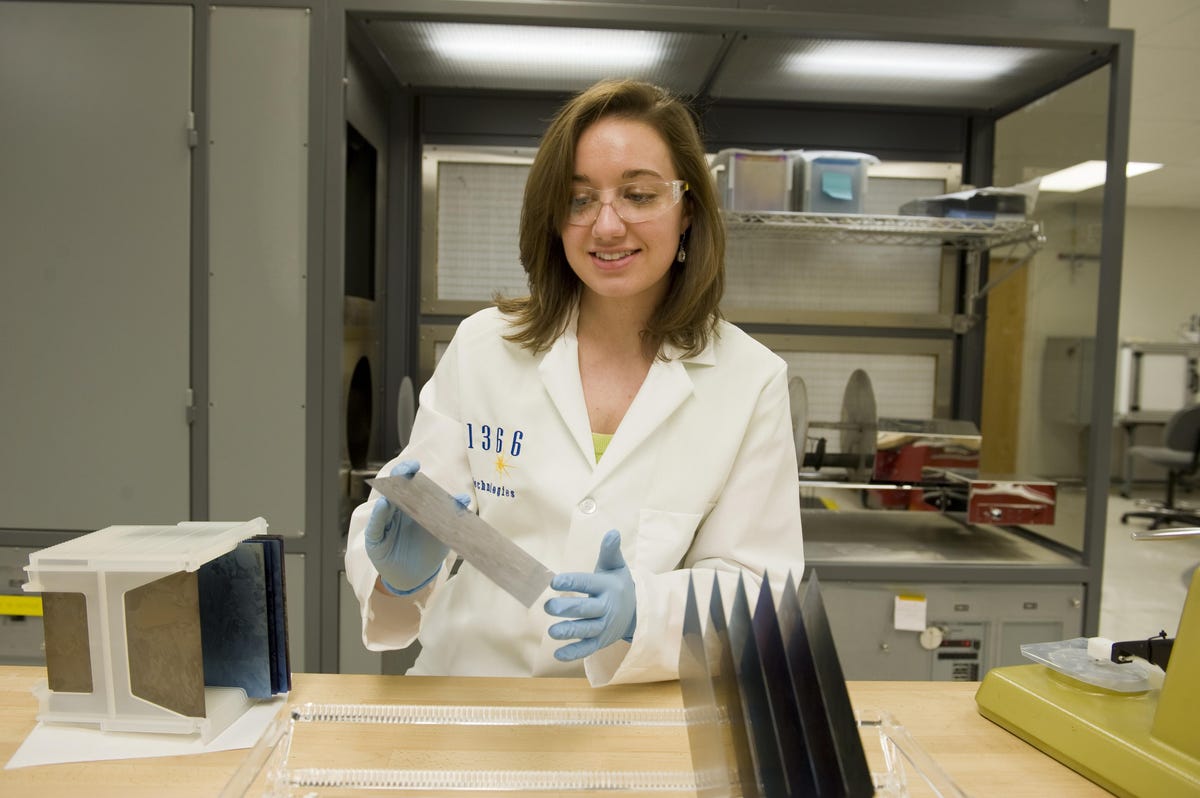 Kate Passino loading wafers into the diffusion furnace where the solar cell diode junction is formed … [+] at 1366 Technologies in North Lexington, MA on February 1, 2011. (Photo by Rick Friedman/Corbis via Getty Images)Corbis via Getty ImagesA new analysis by the BlueGreen Alliance and the Political Economy Research Institute (PERI) at the University of Massachusetts Amherst has calculated that the Inflation Reduction Act signed into law by President Biden in 2022 will create over 9 million “climatetech” jobs by 2032. Based on data from the Congressional Budget Office, the bill’s text, it says they focused on jobs created by the climate, energy, and environmental provisions in the bill. They estimated those to be created at about 900.000 per year, and include jobs in communities where coal-fired plants or mines are or will be closed. These are male-dominated roles but there’s a silver lining for women.

Screenshot – Cover page, BlueGreen Alliance-PERI report on jobs created by Inflation Reduction Act … [+] -8-2022BlueGreen Alliance and PERI
The analysis was done by calculating jobs to be created in electrification, transportation, building, manufacturing, environmental justice, lands, and agriculture programs, breaking the data down into jobs created by direct public funding, and those created by private spending. The private spending jobs would come from leveraging the public funding and tax credits, such as for purchasing a new or used electric vehicle. It might also come from stipulations in the Inflation Reduction Act, for example, that the eligible vehicles be assembled and mostly sourced in the U.S..

Which jobs are counted?

The report includes jobs that require a college degree and those that don’t in science, technology, engineering and math (STEM) jobs, and they explain how many they estimate from each provision of the bill. But we don’t know which jobs specifically they counted, for example, if they counted jobs in communications and h …