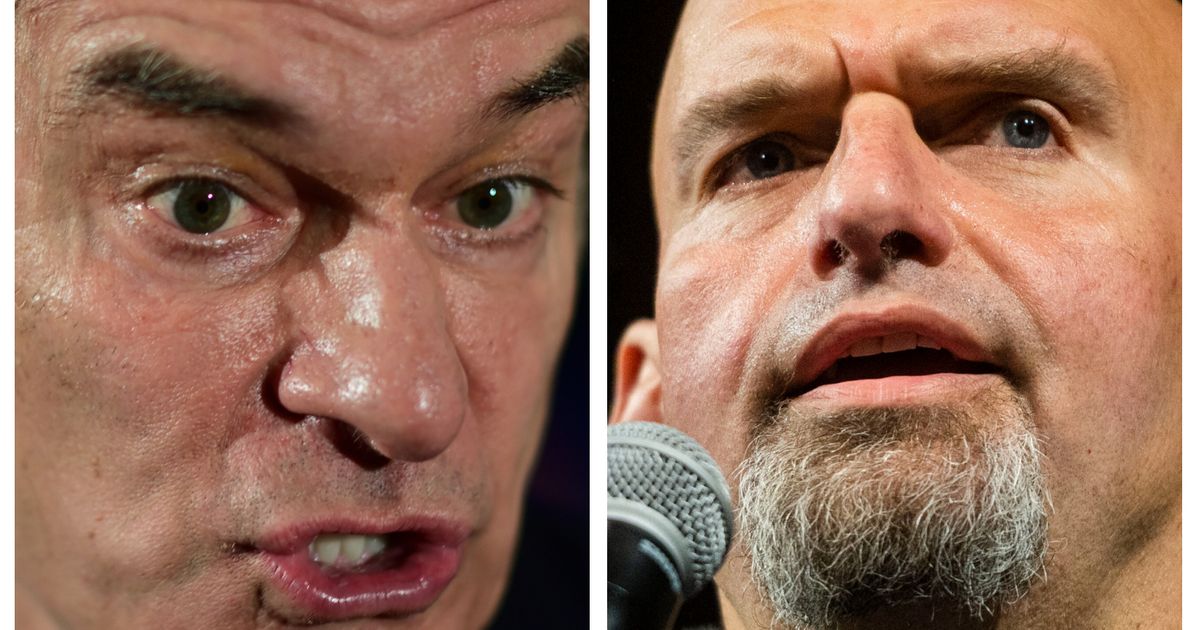 Fetterman quickly clapped back by noting that the video Oz featured in the tweet was from an interview that Oz declined to participate in.“You skipped this interview. I showed up. Which of your 10 basements were you hiding out in today?” Fetterman asked.AdvertisementOz responded with a GIF of Morgan Freeman from “The Shawshank Redemption” saying, “I don’t give a shit,” along with a YouTube link showing a clip from a recent NBC News interview with Fetterman.In the clip, Fetterman is discussing the concept of redemption for those in prison as it relates to Freeman’s character in the film. The Democratic Senate candidate, who has been open about auditory processing difficulties while recovering from his stroke, stumbles over some words.Oz and his fellow Republicans have gone on the attack over his opponent’s health, while disability advocates say that questioning Fetterman’s political fitness over requiring accommodations like closed captioning in interviews is discriminatory.AdvertisementIt was hard to tell what message Oz was trying to send: Did he not “give a shit” about doing interviews with in-state media? Did he not “give a shit” about Fetterman’s interview? And, most important, did he not “give a shit” about winning the election?It seemed straight out of the mixed messages handbook pioneered by Melania Trump when she wore her infamous jacket with the phrase “I REALLY DON’T CARE, DO U?” while visiting migrant children.The Oz campaign did not explain what their candidate did “not give a shit” about, whether it was redemption or Fetterman’s interest in “The Shawshank Redemption,” but pointed again to the YouTube link in Oz’s tweet.Still, Twitter users had thoughts about the shitty retort.You clowns are so inept you cannot even clapback properly.You posted a video clip with no audio and subtitles instead of a GIF.— Matt Ortega (@MattOrtega) October 12, 2022

AdvertisementDr. Oz: “I have questions about John Fetterman’s interviews!”Fetterman: “You didn’t show up for this interview.”Dr. Oz: “Oh I don’t care about interviews.”— Santa Claus, CEO (@SantaInc) October 12, 2022

Oz isn’t even doing this editorial board interview. Why are we even debating closed captioning when Fetterman is doing interviews and Oz is in hiding from questions about his miracle cures, animal abuse and national abortion ban? #PASEN https://t.co/Rc2YLAncuj— J.J. Abbott 📮 (@jjabbott) October 12, 2022

how does it feel to have ruined your career and l broadly outed yourself as a grifter just to be forever branded a loser in the most public way at possible in November ?lmaooo. god you’re bad at this.— Sarah 🫶🗽 (@sarah_in_ny) October 13, 2022