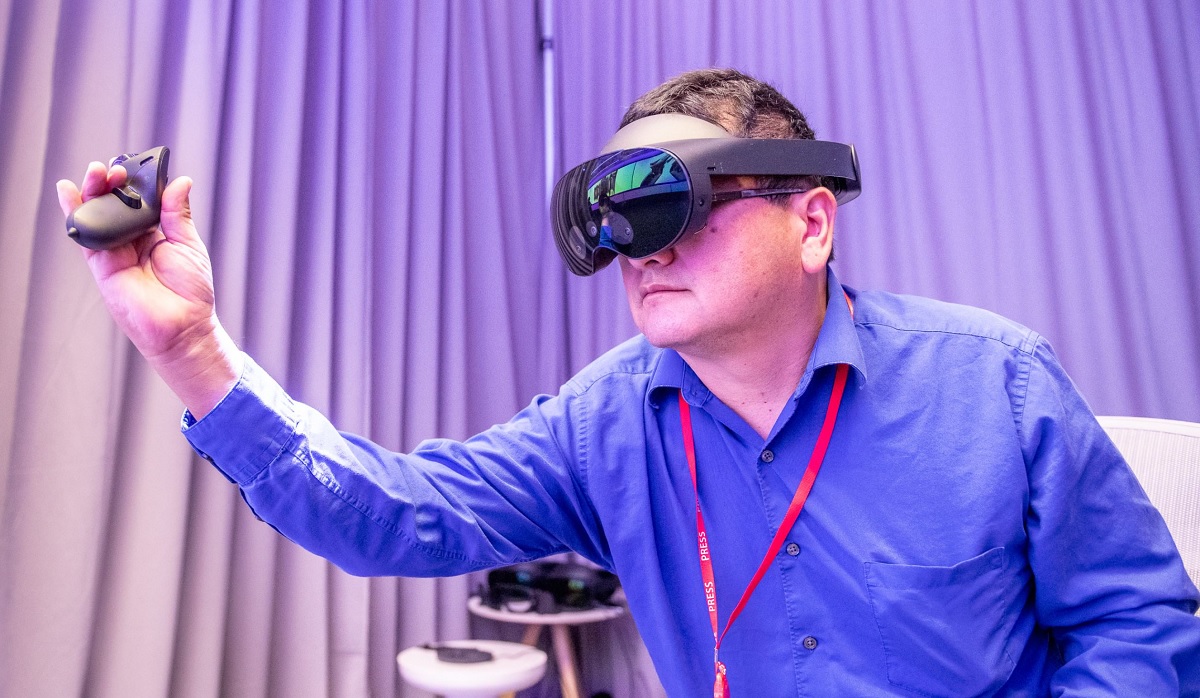 The technical specs make it one of the most powerful VR devices to date, given the price that comes in far less than the Magic Leap 2 augmented reality headset that debuted for enterprises at $3,300. I got to try the device hands-on at Meta’s headquarters and it’s pretty slick on a lot of fronts.

Meta CEO Mark Zuckerberg, who has bet his company on getting to the metaverse first, has targeted the Meta Quest Pro at enterprise users, who don’t mind paying higher prices for devices that can deliver higher productivity for business workers. But gaming aficionados may buy it as well.

“This is an important moment,” Zuckerberg said. “What if you could collaborate with colleagues as if you were right there at work?”

The wireless headset is aimed at workers who need to collaborate more productively or create in a device that comes with a lot of features that push VR forward. It has high-res sensors for a colorful passthrough camera experience (mixed reality), crisp LCD displays for sharp visuals that make it easier to read text in VR, a completely new and sleeker design, plus eye tracking and natural facial expressions so your avatar can mimic you more naturally in VR.

The idea is to enable you to do work you can’t do on a laptop or phone, Zuckerberg said. It’s made for work in the metaverse, he said.

The Meta Quest Pro VR headset and its n …