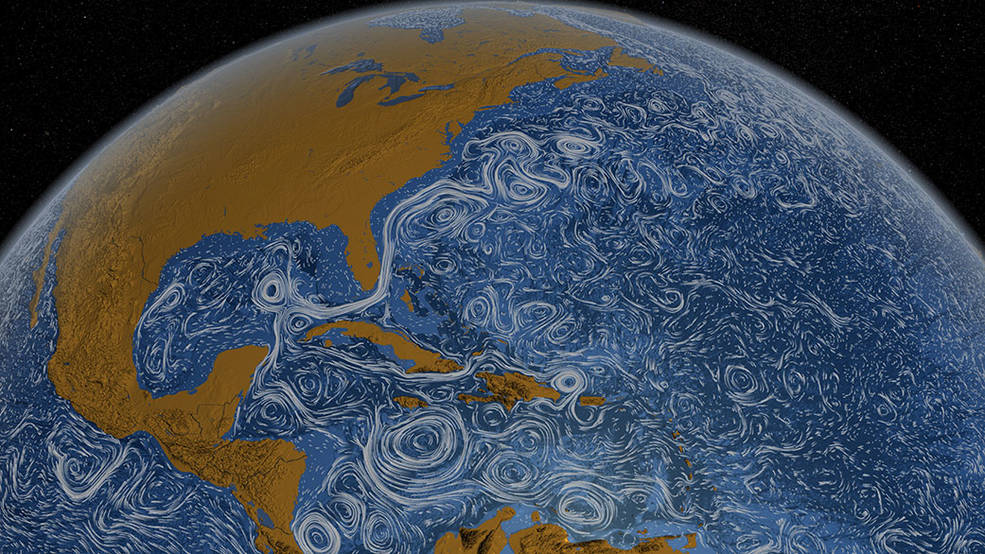 The mission’s fleet of ship, aircraft, and marine robotics will study ocean eddies and other elusive features near the surface that have a big influence on climate.

When the research vessel Bold Horizon sailed from Newport, Oregon, in early October, it joined a small armada of planes, drones, and other high-tech craft chasing the ocean’s shapeshifting physics.

NASA’s Sub-Mesoscale Ocean Dynamics Experiment (S-MODE) is converging on a patch of sea 110 nautical miles off the coast of San Francisco. Over the course of 28 days, the team will deploy a new generation of tools to observe whirlpools, currents, and other dynamics at the air-sea boundary. The goal: to understand how these dynamics drive the give-and-take of nutrients and energy between the ocean and atmosphere and, ultimately, help shape Earth’s climate.

Perhaps the most familiar “sub-mesoscale” features are the phytoplankton-rich swirls, or eddies, that can be seen spiraling across the ocean from orbiting Earth satellites.

“Some of the coolest images of ocean sub-mesoscale eddies come from photographs taken on the Apollo spaceflight missions,” said Tom Farrar, a scientist at the Woods Hole Oceanographic Institution in Massachusetts and principal investigator for S-MODE.

Such features are challenging to analyze because, spanning up to 6.2 miles (10 kilometers), they are larger than any vessel but smaller than regions typically studied w …