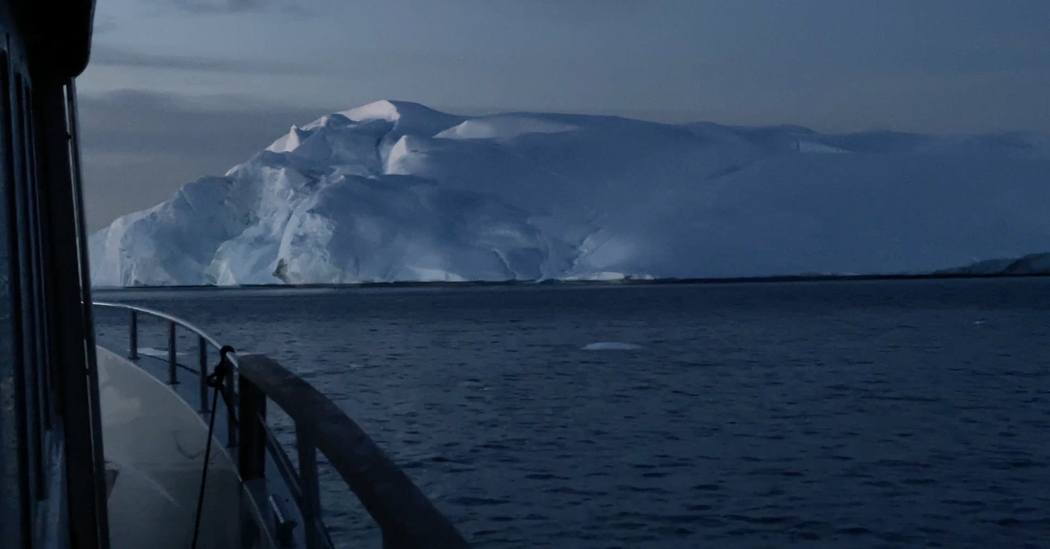 A trip there changed mymind about climatechange while reinforcingmy belief that markets,not government, providethe cure.

A trip there changed mymind about climatechange while reinforcingmy belief that markets,not government, providethe cure.

ILULISSAT, Greenland — On a clear day in August, a helicopter set me and a few companions down on the northern end of the Jakobshavn Glacier in Western Greenland, about 150 miles north of the Arctic Circle. The ground under our feet seemed almost lunar: gray silt and dust, loose rocks and boulders, and, at the edge of the glacier’s face, mud so deep it nearly ate my boots. To the south, the calving front of the glacier known in Greenlandic as Sermeq Kujalleq periodically deposited enormous slabs of ice, some more than 100 feet high, into the open water.

I asked the pilot to give me a sense of how much the glacier had retreated since he had been flying the route. He pointed to a distant rocky island in the middle of the fjord.

Over the course of the 20th century, the Jakobshavn Glacier retreated about 10 to 15 kilometers. Over just the next eight years, it retreated about the same amount, according to the oceanographer Josh Willis of NASA’s Jet Propulsion Laboratory. Later the front advanced a little — a function of complex dynamics partly involving ocean currents — before resuming its retreat.

For anyone who has entertained doubts about the warming of the planet, a trip to Greenland serves as a bracing corrective. Flying low over the vast ice sheet that covers most of the island, I immediately noticed large ponds of cerulean meltwater and dozens of fast-flowing streams rushing through gullies of white ice and sometimes disappearing into vertical ice caverns thousands of feet deep. Such lakes, scientists report, have become far more common over the last two decades, occurring earlier in the year at higher elevations. Last year, it even rained at the highest point of the ice …