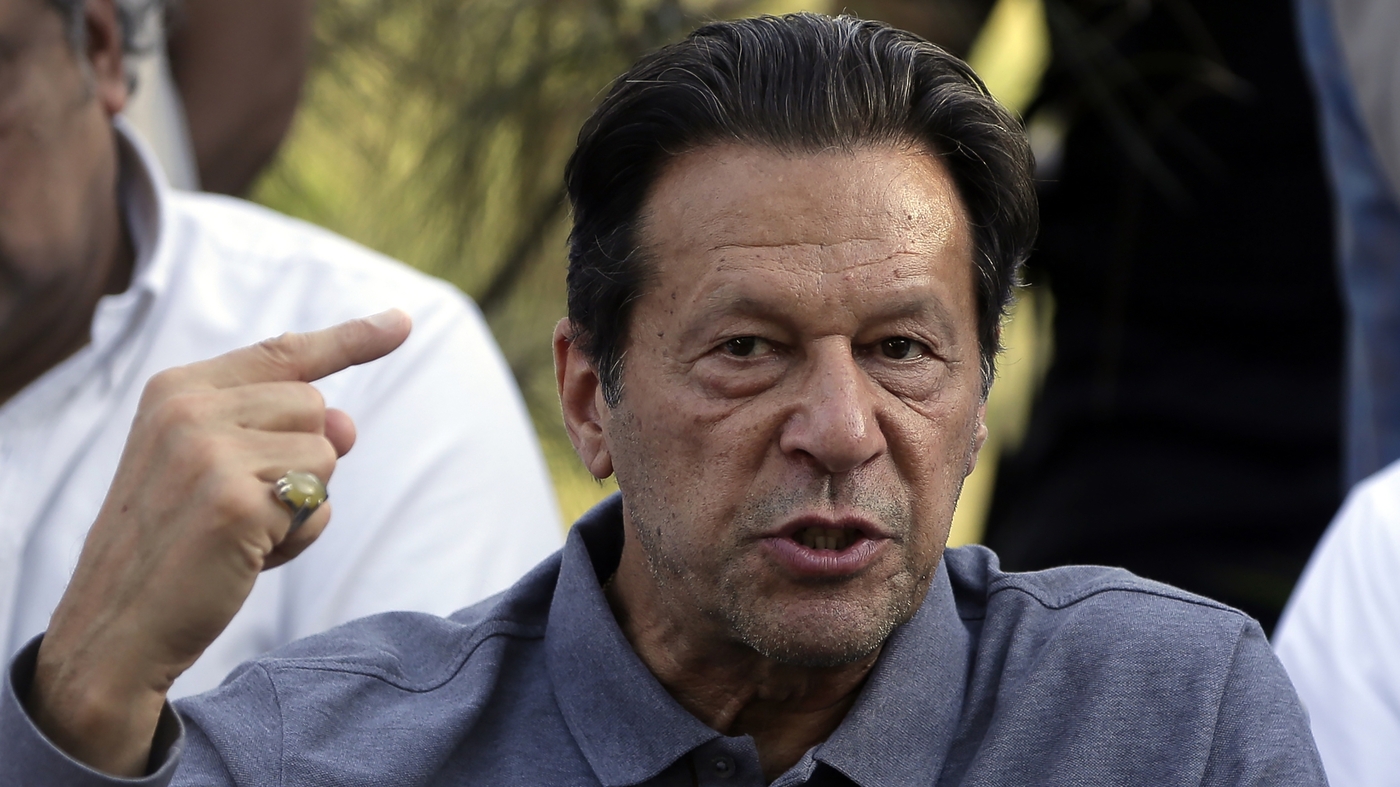 ISLAMABAD — Pakistan’s elections commission on Friday disqualified former Prime Minister Imran Khan from holding public office for five years, after finding he had unlawfully sold state gifts and concealed assets as premier, officials said. The move is likely to deepen lingering political turmoil in the impoverished Islamic country struggling with a spiraling economy, food shortages and the aftermath of unprecedented floods this summer that killed 1,725 people, displaced hundreds of thousands and triggered a surge in malaria and other flood-related disease. The announcement by the commission comes as Khan, who was ousted in a no-confidence vote in the parliament in April, has been rallying supporters against the new government and calling for early elections.

Dozens of angry Khan supporters gathered Friday outside the commission headquarters in the capital, Islamabad, chanting slogans against its decision. Security forces and paramilitary troops cordoned off the compound, blocking the crowd from getting inside. Interior Minister Rana Sanaullah Khan, who is not related to the former premier, hailed the decision and said that Imran Khan would now be tried in a court of law. Law Minister Azam Nazir Tarar said the commission’s disqualification would last for five years and that the body had also recommended that Khan be tried on charges of concealing assets.

“You have never earned so much money in your whole life than you did by selling the gifts given to you” by heads of foreign countries, the interior minister said, addressing Khan. Officials and legal experts said Friday’s decision meant Khan would automatically lose his seat in the National Assembly. Under Pakistani law, the commission has the authority to disqualify politicians from office but is separate from the judiciary. Khan cannot appeal the commission’s decision except in court. Khan’s lawyers have denied the allegations against him A senior leader in Khan’s Tehreek-e-Insaf party, Fawad Chaudhry, condemned the decision and urged Khan’s supporters to rally in the streets. He said there was no ban on Khan from leading his party. Khan’s lawyers have denied the allegations against him, saying he “bought back” the gifts from the state and later sold some of them lawf …