PlayStation Plus adds Lego Harry Potter and Nioh 2 in November 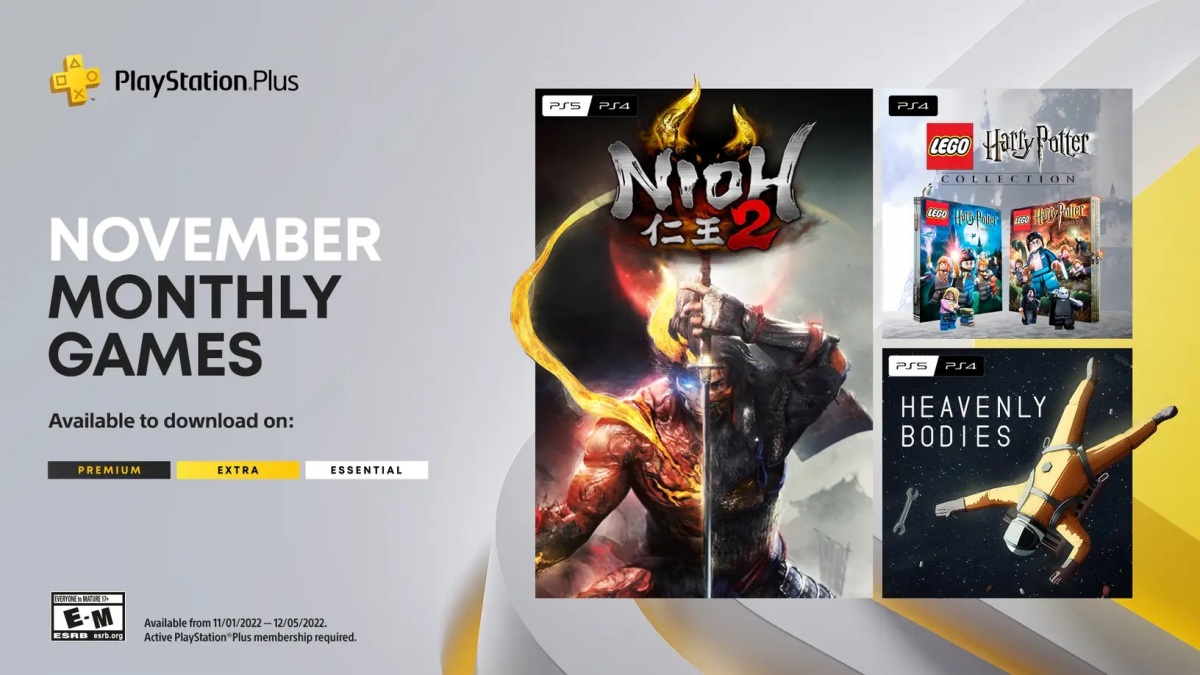 Nioh 2 is an action RPG and a follow-up to Team Ninja’s first entry in the series. Unlike the original game, players can create their own characters, who are accompanied by yokai spirits. The series has sold seven million copies total since Nioh launched in 2017. According to the PlayStation blog, PS Plus users can access Nioh 2 on PS4 and Nioh 2 Remastered on PS5.

The Lego gaming brand is having a particularly good year, as Lego Star Wars: The Skywalker Saga has stayed on the best-seller charts since it launched in April. Lego’s Harry Potter adaptation combines all seven years of the titular character’s school life, including Years 5-7 remastered. It also features both local and online co-op.

The final game is Heavenly Bodies. This physics simulator puts players in zero-gravity situations, where they must control the limbs of their cosmonaut protagonist with thumbsticks. It’s an hilariously awkward time, especially if you try to play with a friend on local co-op.

PlayStation finally seems to have settled in to rhythm with regards to its tier-exclusive Plus releases, which are announced and launch later in the month. All three games announced today will launch for all PS Plus subscribers on November 1.
GamesBeat’s creed when covering the game industry is “where passion meets business.” What does this mean? We want to tell you how the news matters to you — not just as a decision-maker at a game studio, but also as a fan of games. Whether you read our art …