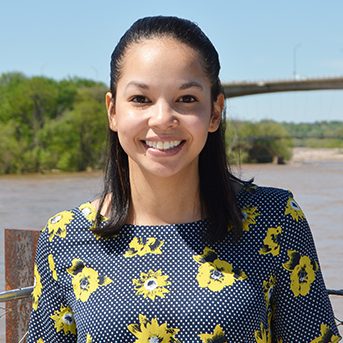 RICHMOND — Republican Gov. Glenn Youngkin caused a stir early this month when he released an Energy Plan that doesn’t mention climate change in its 35 pages, an about-face from the carbon emissions-cutting pillars initiated by his Democratic predecessor.

That roiling continued at the recent Virginia Clean Energy Summit, where Youngkin provided a sweeping overview of an “all-of-the-above” plan that focuses on his guiding principles of reliability, affordability, innovation, competition and environmental stewardship.

While listeners politely applauded his talk, many had already expressed their disappointment with Youngkin’s proposals to subvert former Gov. Ralph Northam’s signature efforts to advance a once-lagging Southern state as a climate leader.

One of those critics is Kim Jemaine, who in her role as policy director at the Virginia chapter of Advanced Energy Economy, represents a broad swath of businesses statewide.

Kim Jemaine Credit: Courtesy
She characterizes Youngkin’s plan as a “U-turn away from a cleaner and cheaper energy future.”

The plan’s proposals would weaken the landmark Virginia Clean Economy Act (VCEA), a 2020 law to decarbonize the state’s grid by 2050; repeal recently passed electric car standards, and pull the state out of a regional climate compact.

“It misses the mark,” Jemaine said, adding that it puts too much emphasis on hydrogen, small modular reactors and other nascent technologies instead of readily deployable renewables.

“This energy plan falls short on finding ways to meet the five goals he laid out,” she said. “It sounds like something developed in a vacuum without consideration of the policies already on the books in Virginia.

“It’s a means to undermine them. And that’s a missed opportunity.”

Jemaine, 32, began working in Virginia’s energy and environment realm a decade ago. She earned her master’s degree at Regent University in Virginia Beach.

After the Richmond summit, the Energy News Network talked with Jemaine about AEE’s stand on specifics in Youngkin’s plan. This interview was lightly edited for clarity and length.

Q: Youngkin proposes reevaluating and reauthorizing the VCEA in 2023, then e …