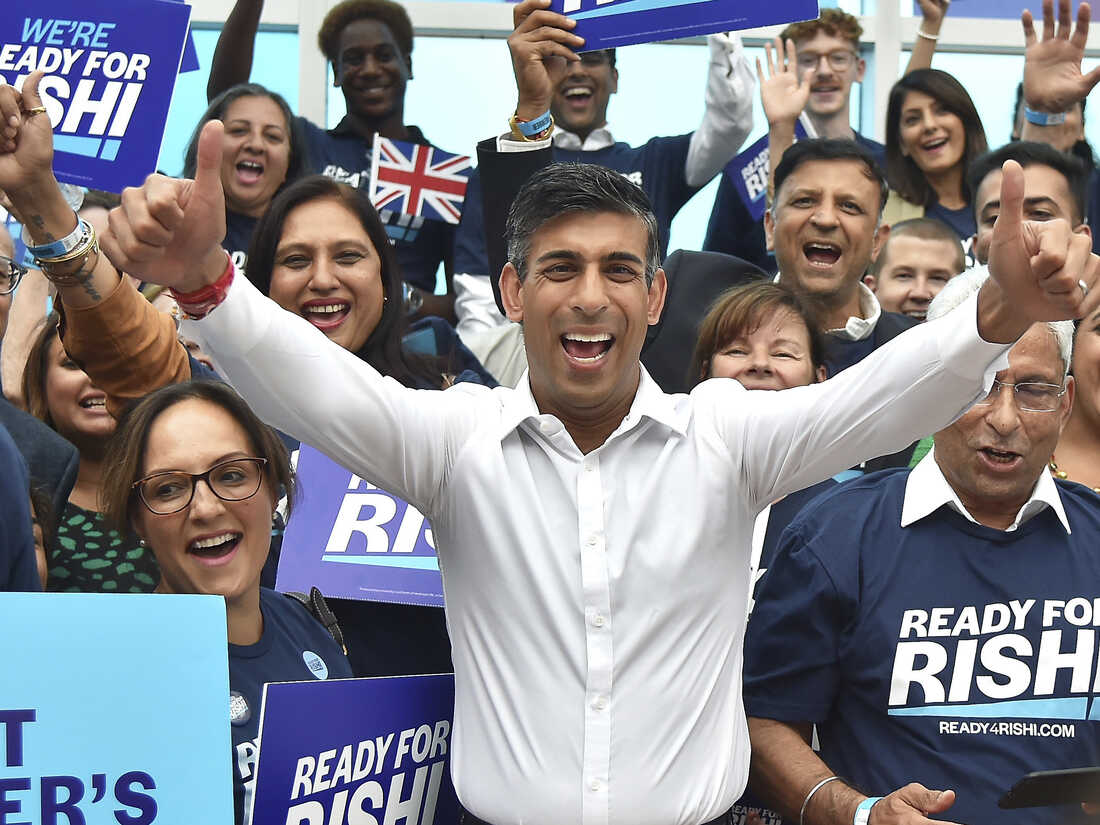 LONDON — Rishi Sunak ran for Britain’s top job and lost. Now he has another shot — and the chance to say “I told you so.” The former U.K. Treasury chief was runner-up to Liz Truss in the contest to replace the scandal-plagued Boris Johnson as Conservative Party leader and prime minister. But Truss quit after a turbulent 45-day term, and Johnson has abandoned a comeback attempt, leaving Sunak a strong favorite to finally assume the office he missed out on less than two months ago. Victory in the Conservative leadership contest would be vindication for Sunak, who warned in the last campaign that Truss’ tax-cutting economic plans were reckless and would cause havoc. And so they did. Truss resigned last week after her package of tax cuts spooked financial markets, hammered the value of the pound and obliterated her authority. If he wins, he will be Britain’s first nonwhite leader and the first Hindu to take the top job. At 42, he’ll also be the youngest prime minister in more than 200 years, a political prodigy whose youthful looks, sharp suits, and smooth, confident manner saw him dubbed “Dishy Rishi” by the British media.

To win, Sunak still must overcome allegations by opponents that he was a turncoat for quitting Johnson’s government as it foundered amid ethics scandals. The near-simultaneous resignations of Sunak and Health Secretary Sajid Javid on July 5 set off a chain reaction. Within 48 hours, some 50 members of the government had quit, and Johnson was forced to step down. Sunak painted it as a matter of principle, saying he wanted to repair the “breakdown of trust” in politics. He also accused Truss of offering “fairy tales” by promising immediate tax cuts when he felt curbing soaring inflation was a bigger priority. “I would rather lose having fought for the things that I passionately believe are right for our country, and being true to my values, than win on a false promise,” Sunak said in a BBC interview. Sunak was born in 1980 in Southampton on England’s south coast to parents of Indian descent who were both born in East Africa. He grew up in a middle-class family, his father a family doctor and his mother a pharmacist, and says he inherited their hard-working ethos. “I grew up wo …