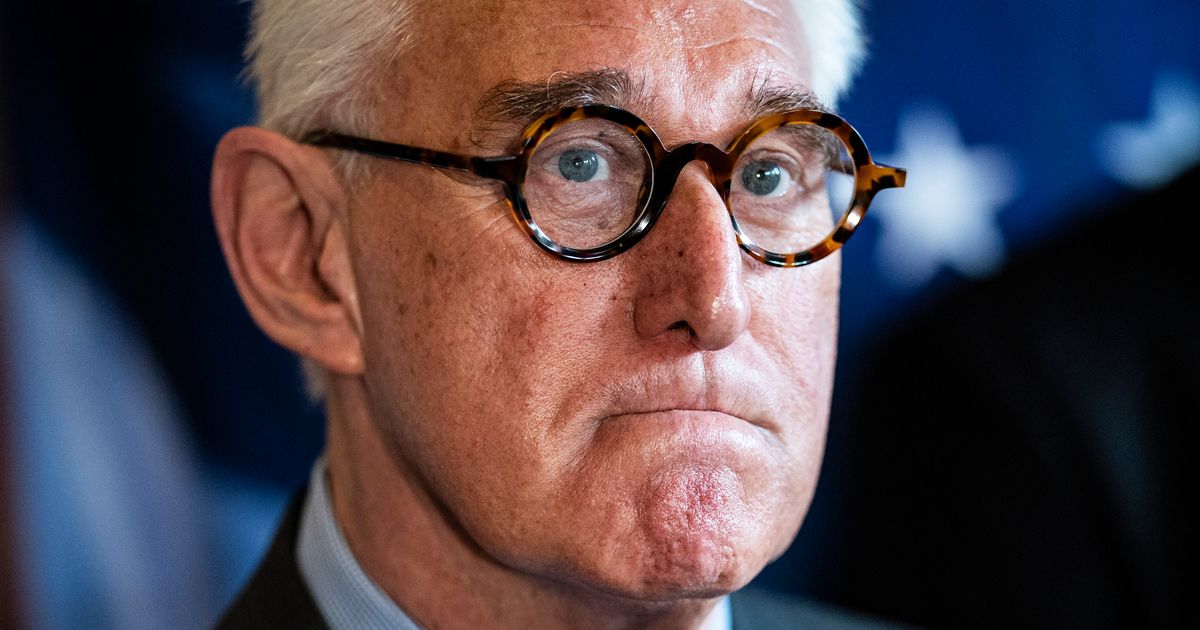 Longtime political “dirty trickster” and fervent Donald Trump ally Roger Stone was recorded cursing at Trump and referring to Ivanka Trump with an expletive after he failed to obtain a preemptive White House pardon for his activities on Jan. 6 last year.In documentary footage released Friday by Danish filmmaker Christoffer Guldbrandsen, Stone can be seen on a cell phone, ranting about what he imagines saying to the outgoing president for refusing to grant him a second pardon: “Fuck you.”AdvertisementStone also bashes Trump’s son-in-law, Jared Kushner, in the footage, saying he “has an IQ of 70.” “Aside from Donald Trump, [Stone] also held Jared Kushner responsible as being the guy who was the point man on the pardon,” Guldbrandsen told The Daily Beast.Kushner is “coming to Miami,” Stone says on the phone in the video. “We will eject him from Miami very quickly; he’ll be leaving very quickly. Very quickly. He has 100 security guards. I will have 5,000 security guards. You want to fight, let’s fight. Fuck you. Fuck you and your abortionist bitch daughter.”Stone made the call in a car in Fort Lauderdale the day of Joe Biden’s inauguration last year when Trump no longer had the power to pardon anyone. It is unclear who he is talking to in the footage.Unreleased subpoenaed footage: Stone angry that Trump didn’t grant him a second pardon melts down calling Ivanka Trump – abortionist bitch daughter. pic.twitter.com/aAAOZLC5fu— Christoffer Guldbrandsen (@cguld) October 14, 2022

AdvertisementThe video clip is from Guldbrandsen’s documentary “A Storm Foretold” about the events leading up to last year’s Capitol riot. The House Jan. 6 panel investigating the attack on the Capitol subpoenaed the footage, according to the filmmaker.He told The Daily Beast that there was “no doubt” that Stone was referring to Ivanka Trump as an “abortionist bitch” in the tape. The former first daughter was a strange target for Stone, since she staunchly declared herself in a 2020 interview “pro-life, and unapologetically so.”Stone, who opposes abortion, claims to respect life — even though, in other footage, he advocates killing people over the results of the 2020 election.“Fuck the voting; let’s get right to the violence,” Stone says in a video clip the filmmaker released last month. “Shoot to kill. See an antifa? Shoot to kill. Fuck ’em. Done with this bullshit.”The filmmaker told The Washington Post that spending nearly three years with Stone and his cronies convinced him and his crew that the 2020 presidential election and Jan. 6, 2021, insurrection marked the “beginning of an anti-democratic movement in the United States.”AdvertisementGuldbrandsen said Stone erupted when he learned he wouldn’t be getting a Jan. 6-related pardon from Trump. He had been “holding out for a pardon till the very last minute. He had written up a memo, earlier on, after January 6th, with a plan about encouraging Trump to pardon the lawmakers who had voted against certifying, and Roger Stone, and some of his clients,” the filmmaker added.Stone wasn’t facing any charges for Jan. 6 when he was ranting on the phone — and Trump had already granted him a previous pardon.In 2019, Stone was convicted of seven felonies, including obstruction of justice and witness tampering, during the investigation into Kremlin interference in the 2016 presidential election. He was sentenced to 40 months in prison.Stone indicated he expected a payback pardon in that case because he kept his mouth shut about damaging information concerning Trump.The then-president publicly praised Stone for not “flipping” and commuted his sentence before it even began in the summer of 2020. Trump then pardoned Stone shortly before leaving the White House.AdvertisementJust had a long talk with #RogerStone. He says he doesn’t want a pardon (which implies guilt) but a commutation, and says he thinks #Trump will give it to him. “He knows I was under enormous pressure to turn on him. It would have eased my situation considerably. But I didn’t.”— howardfineman (@howardfineman) July 10, 2020

Stone is currently being investigated for activities linked to the insurrection. The night before Trump supporters stormed the Capitol, he urged the crowd to “fight,” warning that they were in a battle between the “godly and the godless” and “good and evil.”He had previously urged Trump to call out the military and seize power if Trump lost the 2020 election.Stone could not be reached for comment about Guldbrandsen’s footage. He has claimed that earlier documentary video clips of him trash-talking Trump were “deep fakes.” …