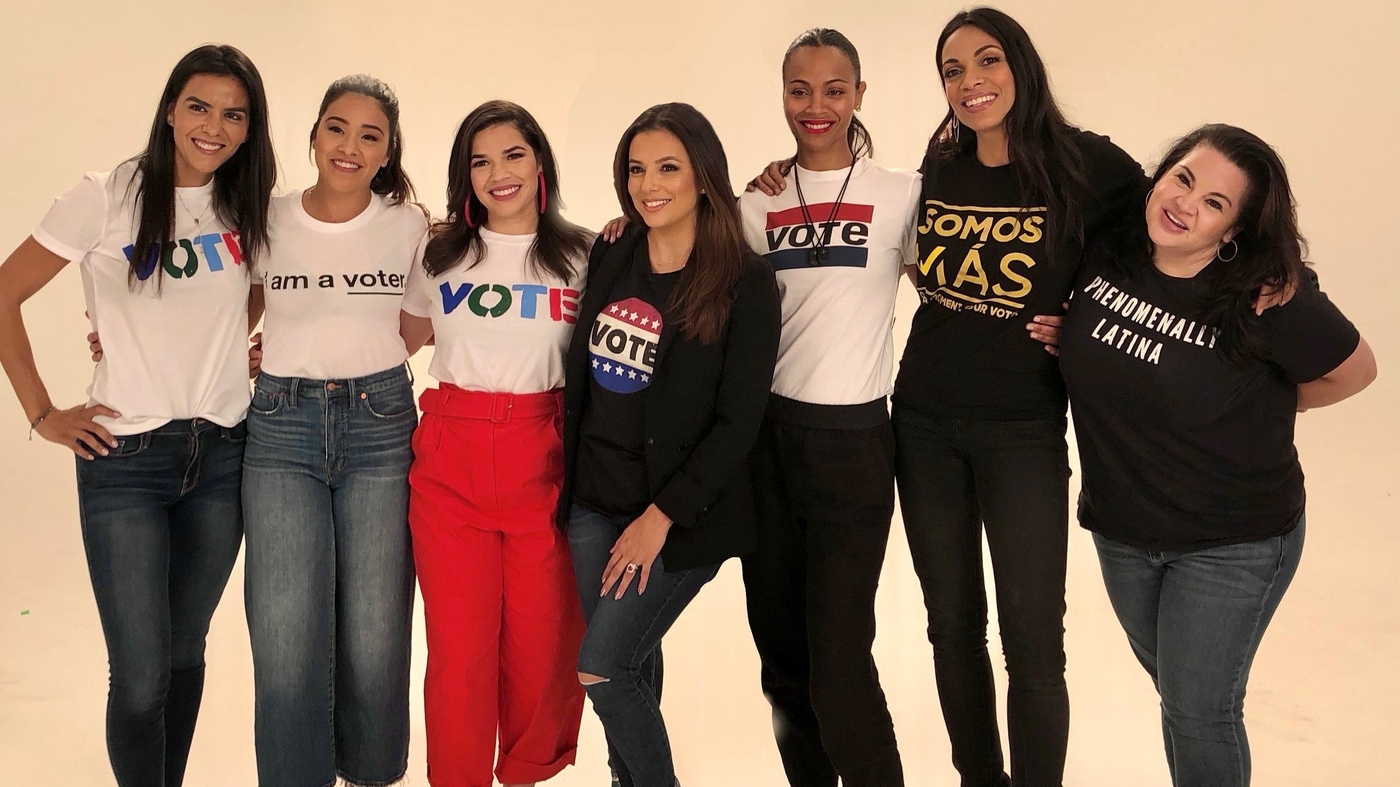 Fewer than two percent of leading movie roles go to Latino actresses, according to USC’s Annenberg Inclusion Initiative. But those who do make it also multitask as directors, producers and activists. Rosie Perez is one of the Latina powerhouses shaking things up in Hollywood. She blasted onto the big screen in 1989, dancing like a prizefighter in the opening credits of Do the Right Thing.

She remembers how she was discovered: as a college biochemistry major who danced on TV’s Soul Train. She met filmmaker Spike Lee at a nightclub. “He kept saying, ‘tonight is fate.’ And I said, ‘Oh, you wish.’ He just couldn’t stop laughing,” she recalls. “The next day he was like, ‘I want you to try out for a film.’ And I said, ‘I’m not an actress.’ And he goes, ‘Oh, yes, you are.'” Lee cast the Brooklyn-born Puertorriqueña in Do the Right Thing. She went on to star in the 1992 film White Men Can’t Jump and the 1993 drama Fearless, for which she earned an Oscar nomination. Today, she’s in no fewer than four TV shows, including The Flight Attendant. But for many years, Perez says she turned down offensive roles. She fired agents who told her to get a nose job and color her hair blonde.

“I was raising my hand and saying, ‘hello, this town is racist. Why isn’t anyone saying anything?'” Perez didn’t just call out Hollywood. In 2015 on The View, the talk show for which she was the first Latina cohost, she took on racism. “There is a secret in the Latin communities,” she said. “They never want to be in the same group as Black people. And it’s sad. It’s very, very sad.”

Actress Rosie Perez is co-chair of the Latino affinity group of the Academy of Motion Picture Arts and Sciences.

As an activist, Perez protested U.S. weapons training in Puerto Rico and she was on President Obama’s advisory council on AIDS and HIV. Perez co-hosts the Latino affinity group for the Academy of Motion Picture Arts and Sciences. “We’re trying to move the needle as to inclusion in front and behind the scenes of Hollywood,” she says. Marketing and publicity ace Ivette Rodriguez is the cohost of the group. “When Hollywood says they can’t find Latinos, it’s just absolutely not true. They are there, the stories are there,” says Rodriguez. “They need access, but we need to help them with what happens when you get there. How are you presenting yourself? What is that elevator pitch?” Rodriguez also heads up an organization called LA Collab, which recently signed a deal with Amazon to build a networking platform to match Latinos with jobs, mentors and funding.
Meanwhile, even big-name Latina actresses have to navigate the industry and clarify their identities. Two A-listers made a joke of it at the Golden Globes ceremony in 2016.