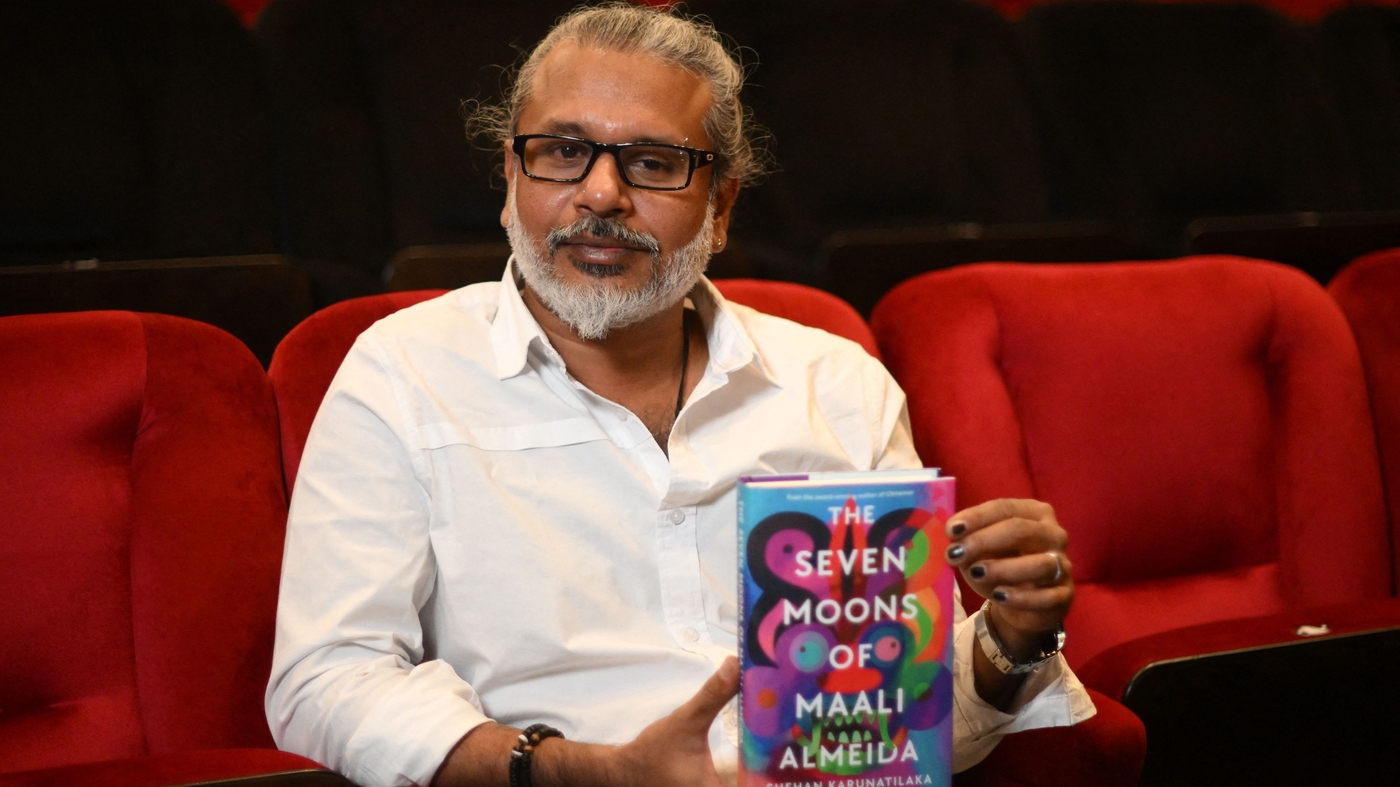 Sri Lankan author Shehan Karunatilaka holds his book The Seven Moons of Maali Almeida at the Shaw Theatre in London on Oct. 14. On Monday, his novel won the 2022 Booker Prize.

The 2022 Booker Prize was given to The Seven Moons of Maali Almeida, written by Sri Lanka’s Shehan Karunatilaka. The annual award, which was given Monday evening in London, is for a work of fiction written in English and published in the U.K. and Ireland. The panel of judges hailed Karunatilaka’s novel as “a searing, mordantly funny satire set amid the murderous mayhem of a Sri Lanka beset by civil war.” Karunatilaka is one of Sri Lanka’s foremost authors; his first novel, 2011’s Chinaman, was quickly marked as the arrival of a significant literary force. His work has also been published in Rolling Stone, GQ and National Geographic. The five other shortlisted nominees for the 2022 Booker Prize were Glory, by NoViolet Bulawayo of Zimbabwe; The Trees, by American novelist Percival Everett; Treacle Walker, by English novelist Alan Garner; Small Things Like These, by Irish author Claire Keegan; and Oh William!, by American novelist Elizabeth Strout. The Booker Prize includes a £50,000 (over $56,000) award to the winner, as well as £2,500 (about $2800) awarded to each of the six shortlisted authors.