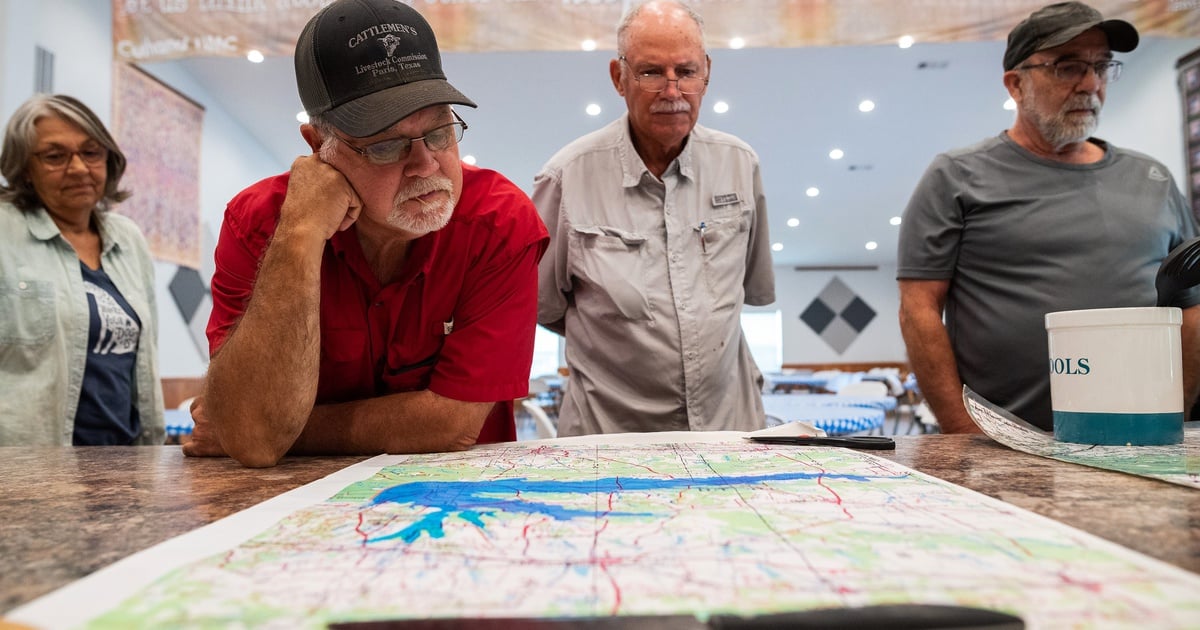 ZAPATA — This small South Texas border community 200 miles southwest of San Antonio hugs one of the largest reservoirs in Texas, along what was once one of the nation’s mightiest rivers. But on a hot summer day in mid-August, Zapata was dangerously close to running out of water.

Joe Rathmell, the Zapata County judge, remembers getting the call from a worried water plant manager. It wasn’t good. The only thing flowing into the county’s intake station seemed to be mud. The pumps were failing as they struggled to suck the silty water from Falcon Lake.

“We had what I would argue was the worst water along the whole [Rio Grande],” Rathmell said.

This summer, as Texas baked — the hottest July on record fueled its worst drought in a decade — water levels in reservoirs across the state fell dramatically, prompting hundreds of mandatory water restrictions.

By late October, water storage in Texas reservoirs had fallen to 67% of capacity, down from 80% a year earlier, according to state data. Reservoirs on the Rio Grande saw their lowest levels in decades in August — Amistad Reservoir dropped to 30% of capacity, its lowest level since 1998, while Falcon Lake, about 50 miles south of Laredo, dropped to 9% of its capacity, the lowest level in two decades, befor …