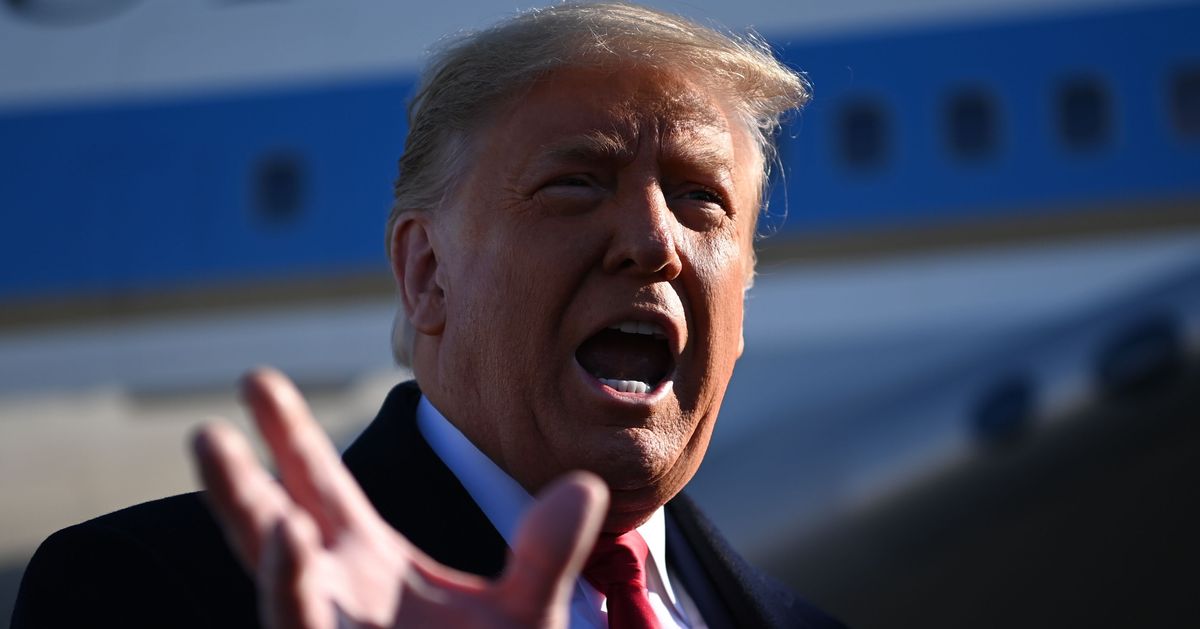 Former President Donald Trump suggested that the best way to get reporters to spill the beans about their confidential sources is to lock them up in prison where they can be raped by other inmates. “You have to find the leaker!” he told a crowd in Texas on Saturday night, then suggested a way to do that. “You take the writer and/or the publisher of the paper ― a certain paper that you know,” Trump said. “And you say ‘Who is the leaker? National security.’ And they say ‘We’re not going to tell you.’ That’s OK, you’re going to jail. And when this person realizes that he is going to be the bride of another prisoner very shortly… ” The Trump audience laughed and cheered at the thinly veiled code for sexual assault in prison. “But they don’t wanna do that,” Trump lamented: Trump’s comment came a day after The Washington Post noted that 11 Trump allies and advisers had been convicted of crimes or had pleaded guilty to crimes. Together, they’ve been sentenced to a combined total of nearly 30 years in prison.