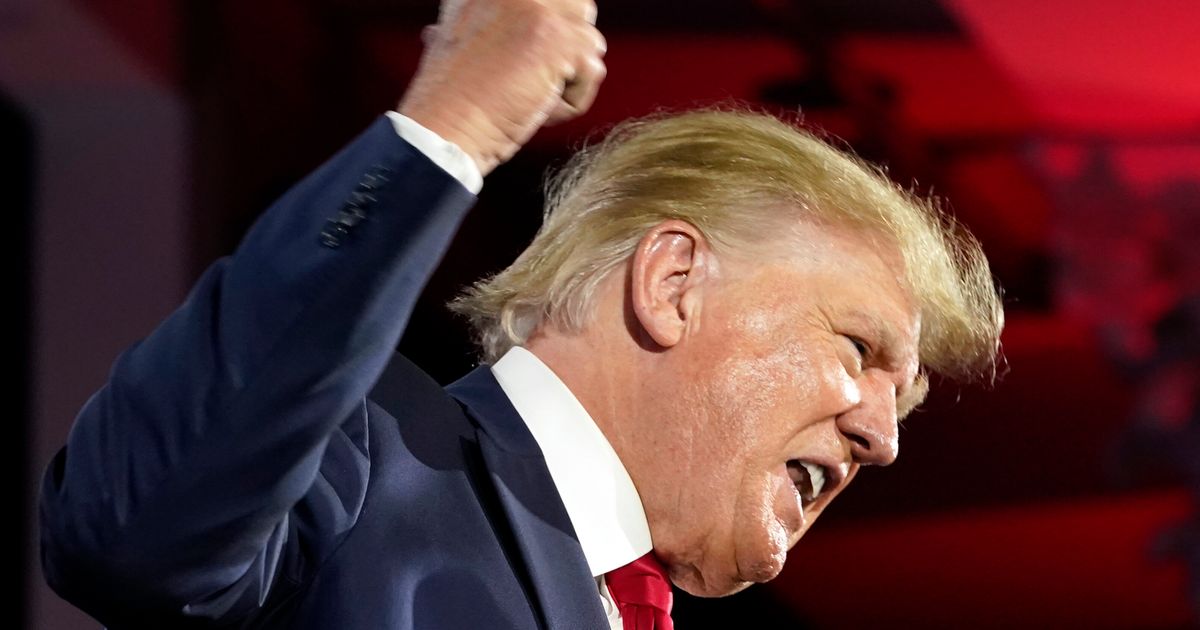 Donald Trump critics had a meltdown on Twitter Sunday after the former president warned Jews to be “more appreciative” of him before it’s “too late.”Trump posted the startling message Sunday morning on Truth Social. “No President has done more for Israel than I have. Somewhat surprisingly, however, our wonderful Evangelicals are far more appreciative of this than the people of the Jewish faith, especially those living in the U.S.,” he railed.AdvertisementTrump also wildly claimed that he was so popular in Israel that he could become the nation’s prime minister.“We’ve been menaced by fascists before, you two-bit goon,” tweeted commentator and author David Rothkopf in response. “We recognize the threat you represent from the darkest pages of our history. That’s why we’ll never submit to your threats.”But as for any response from Trump’s Republican Party: Crickets.Most critics were dumbfounded that Trump would expect gratitude from American Jews given his backing for neo-Nazis and his supporters’ drive to turn the U.S. into a Christian nation. Trump previously alienated Americans when he tried a similar stunt earlier to strong-arm Jewish voters in a 2019 speech at the Israeli American Council National Summit in Florida. Advertisement“A lot of you are in the real estate business because I know you very well,” Trump said then. “You’re brutal killers, not nice people at all. But you have to vote for me, you have no choice.”Critics were particularly furious about Trump’s “before it’s too late” warning. Many viewed it as a threat to again spur his white supremacist mob into violence if he doesn’t get his way.Former National Security Council member and retired Lt. Col. Alexander Vindman — who testified against Trump in the first impeachment investigation against him — characterized the warning as “executing the fascist playbook to turn his mob on Jews.” Harvard University constitutional expert Lawrence Tribe called the message blatantly antisemitic. He reminded Americans that Trump reportedly kept a copy of Adolf Hitler’s “Mein Kampf” (My Struggle) next to his bed for several years, adding: “If it quacks like a duck ….”Countless other tweets were eviscerating.Trump is executing the fascist playbook to turn his mob on Jews.Too often, media lets statements like this be forgotten. Sometimes it doesn’t even break through the news cycle. Most of the time, GOP isn’t pinned down to tell people if they agree.It CANNOT happen this time. pic.twitter.com/JqW5nHtFln— Alexander S. Vindman (@AVindman) October 16, 2022

AdvertisementOMG:Trump tells us “Jews to get our act together . . . before it is too late.” If that’s not an antisemitic threat, I don’t know what to call it. You know he kept Mein Kampf at his beside for years, right? If it quacks like a duck . . . https://t.co/Y794f9BA5i— Laurence Tribe (@tribelaw) October 16, 2022

American Jews will not be pushed around by a Fascist Criminal.— Rob Reiner (@robreiner) October 16, 2022

Make no mistake.Trump hates Jews, Muslims, Black, Brown, Asian and any other people who don’t look or think like him. Trump hates. And encourages his cult to do likewise. https://t.co/pbRQyI53jm— Harvey Bobrow (@Hbobrow1Hbobrow) October 16, 2022

Dear Donald Trump:I could explain that American Jews are not Israeli. That your conflation is harmful. That your rhetoric led to a rise in antisemitism.But you know that and don’t care. So instead I’ll just say this: Go fuck yourself. Sincerely,An American Jew— Steve Hofstetter (@SteveHofstetter) October 16, 2022

pro tip: if you literally called Nazis ‘very fine people,’ kindly sit the fuck down and shut the fuck up and stop whining about American Jews, whatever the fuck that even means. go cheat at golf or whatever for fuck’s sake and leave us alone— Jeff Tiedrich (@itsJeffTiedrich) October 16, 2022

You really don’t need to read between the lines much on this one — Trump has no concept of American Jews as a community that lives and prospers here with an identity and interests that are distinct from the concerns of the State of Israel. pic.twitter.com/jm86JVCHgq— Matthew Yglesias (@mattyglesias) October 16, 2022

Between Kanye and Trump, this is a very worrying time for American Jews. Both of these people have huge audiences and major platforms online. And they’re using them for baseless smears and vague threats against a community that is just over 2% of the population.— Matthew Kupfer (@Matthew_Kupfer) October 16, 2022

AdvertisementDo any Republican Party leaders have any comment at all on Trump’s admonition to American Jews?— Michael Beschloss (@BeschlossDC) October 16, 2022

congratulations to the literally zero Republicans who have …