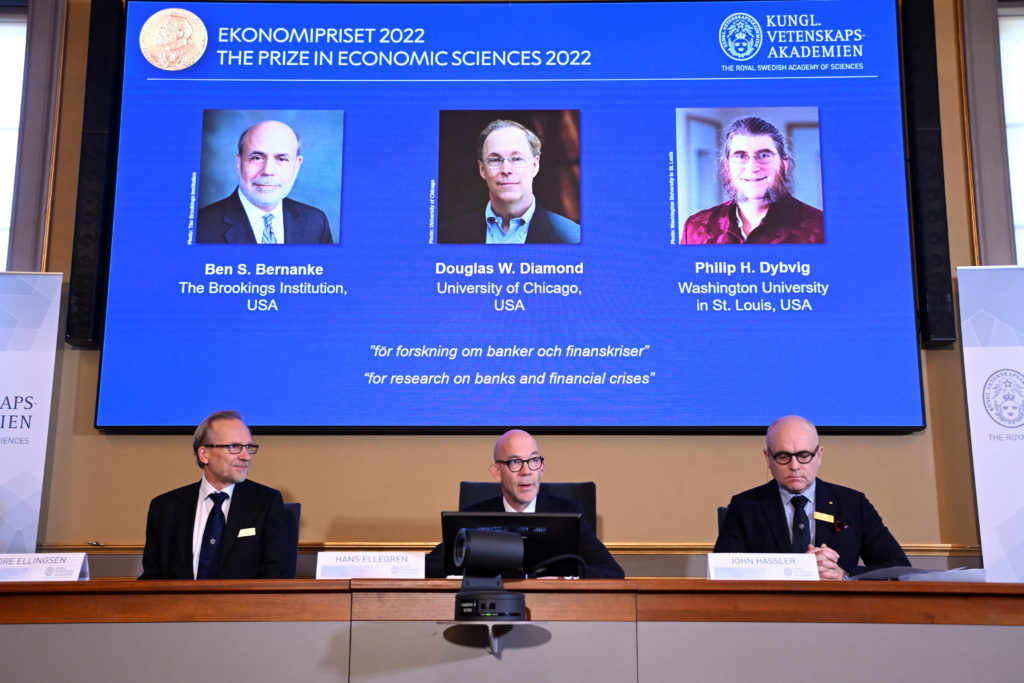 STOCKHOLM (AP) — Former U.S. Federal Reserve Chair Ben Bernanke, who put his academic expertise on the Great Depression to work reviving the American economy after the 2007-2008 financial crisis, won the Nobel Prize in economic sciences along with two other U.S.-based economists for their research into the fallout from bank failures.
Bernanke was recognized Monday along with Douglas W. Diamond and Philip H. Dybvig. The Nobel panel at the Royal Swedish Academy of Sciences in Stockholm said the trio’s research had shown “why avoiding bank collapses is vital.”
Watch the event in the player above.
With their findings in the early 1980s, the laureates laid the foundations for regulating financial markets, the panel said.
“Financial crises and depressions are kind of the worst thing that can happen to the economy,” said John Hassler of the Committee for the Prize in Economic Sciences. “These things can happen again. And we need to have an understanding of the mechanism behind those and what to do about it. And the laureates this year provide that.”
Bernanke, 68, who was Fed chair from early 2006 to early 2014 and is now with the Brookings Institution in Washington, examined the Great Depression of the 1930s, showing the danger of bank runs — when panicked people withdraw their savings — and how bank collapses led to widespread economic devastation. Before Bernanke, economists saw bank failu …