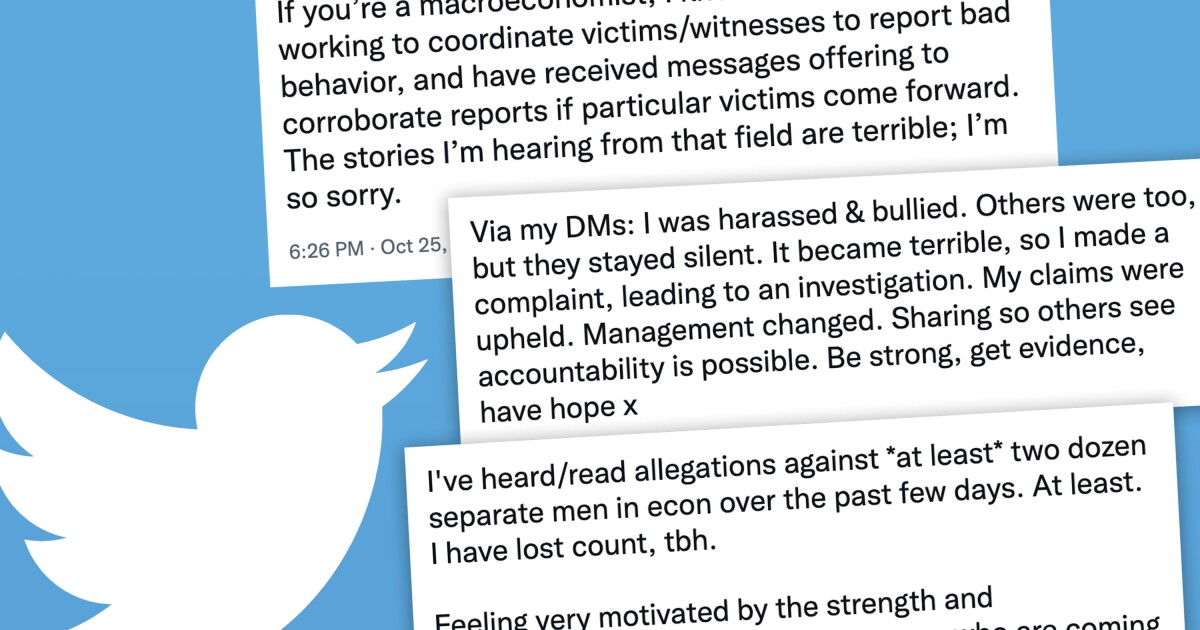 Disillusioned with formal reporting channels, some women are taking to Twitter with accusations of sexual harassment against senior economists in their field. Supporters say explicitly airing names previously confined to informal whisper networks — a tactic reminiscent of the crest of the #MeToo movement in 2017 — is a needed corrective to inaction, while others worry that Twitter is far from the best medium to litigate these claims.The saga started when accusations against two high-profile male economists appeared on social media last week. Jennifer Doleac, an associate professor of economics at Texas A&M University who studies crime and discrimination, named the scholars on Twitter, where she has over 50,000 followers, after receiving emails and direct messages about the accusations. “I’m involved in these kinds of conversations,” she told The Chronicle. “And so I felt I should say something about how this is troubling, mostly because we have no way as a profession of handling these allegations.”Her initial post circulated widely among economists on Twitter, prompting a flood of responses — many detailing their own experiences with harassment and applauding the public airing, and others expressing concern about the manner in which the accused were named.

Doleac said she has received dozens of accusations in her inbox against several economists over the past week. She has since tweeted the names of three other economists against whom …