What makes Itaewon such a popular area in Seoul? Young South Koreans explain 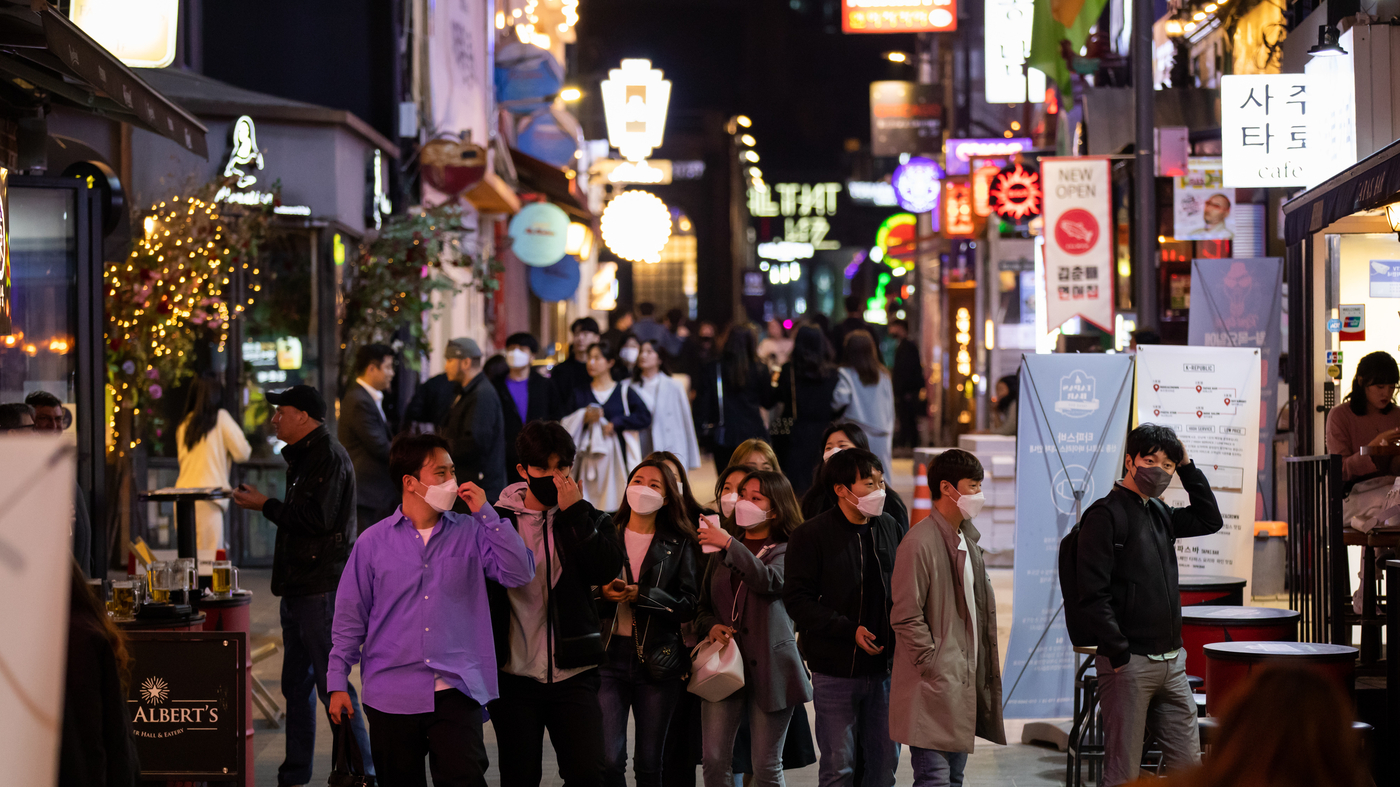 The neighborhood of Itaewon, a trendy hub for foreigners and foreign cuisine in South Korea’s capital, became the location of a deadly crowd surge on Saturday night. More than 150 people died, including at least two U.S. citizens. Some 100,000 people were estimated to have passed through the neighborhood that night to celebrate Halloween. The area is studded with vintage shops, restaurants, pubs inspired by Western countries, and nightclubs. NPR spoke with some South Korean citizens in their 20s to find out what makes Itaewon (pronounced ee-tae-won) such a popular location for young people to flock to for nightlife, particularly during the Halloween season.

How Itaewon became the go-to place for Halloween People in their 20s and 30s frequent Itaewon to drink, party, and eat international cuisine, said Jia Shin, a 21-year-old from Seoul. “There’s always a lot of people in Itaewon, but the peak is during the Halloween season,” she said in Korean. “Whenever Halloween rolls around, everyone, including celebrities, go to Itaewon.” The imported occasion — which only became widely celebrated in Seoul six or seven years ago, according to Shin — does not entail kids running around in costumes trick-or-treating. She said Korean Halloween is celebrated by young adults, who go all-out with their costumes and makeup and go out drinking.

“Historically, Asians don’t celebrate Halloween … but Itaewon has a lot of foreigners and those foreigners celebrate Halloween,” Shin said. “Businesses in Itaewon cater to the huge population of foreigners living there. So because foreigners are partying in Itaewon, it just naturally became the go-to place for Halloween.” Seoul native Seung Hyun Kim, 23, similarly noted that the holiday was not widely celebrated just five years ago. Once celebrities began throwing parties and posting their lavish costumes on social media, Halloween started to catch on. “As social media became a more common thing among young adults, they became more familiar with American culture,” she said. An episode of Itaewon Class, a popular Korean TV show released in 2020 and available on Netflix, showed what a Halloween night out looks like in the neighborhood, with the main characters dressed up in costumes and heavy makeup to look like a vampire and clown. The show depicts just how crowded streets in Itaewon can get on the night of Halloween celebrations — the main character played by Park Seo-joon is seen looking around in awe in a swarm of people.
Happy Halloween- even though 2020 is scary enough #ItaewonClass pic.twitter.com/I9qTFiMrOr— kdramaswings🦋 (@kdramaswings) October 31, 2020

“It feels like you’re in a foreign country and everyone there looks so free,” a voice narrates in the show, as the camera pans to a street flooded with people. “It feels like the whole world is condensed into this street.” Attendance soared this year after two pandemic falls But like many other neighborhoods in Seoul, Itaewon saw a significant decrease in traffic in recent years due to the pandemic. In May 2020, authorities identified Itaewon as the origin of a COVID-19 outbreak that led to over 50 cases. “The peak of Halloween festivities was right before the pandemic,” Shin said. “Everyone I knew would go to Itaewon to celebrate Halloween. But when the pandemic began, Itaewon nightlife totally died. Clubs shut down.” Both Shin and Kim said the loosening of COVID restrictions have encouraged more people to go out this year. “I think in 2022 in general, people were very thirsty for parties and social gatherings,” Kim said.
…