What to expect from Friday’s jobs report – CNN 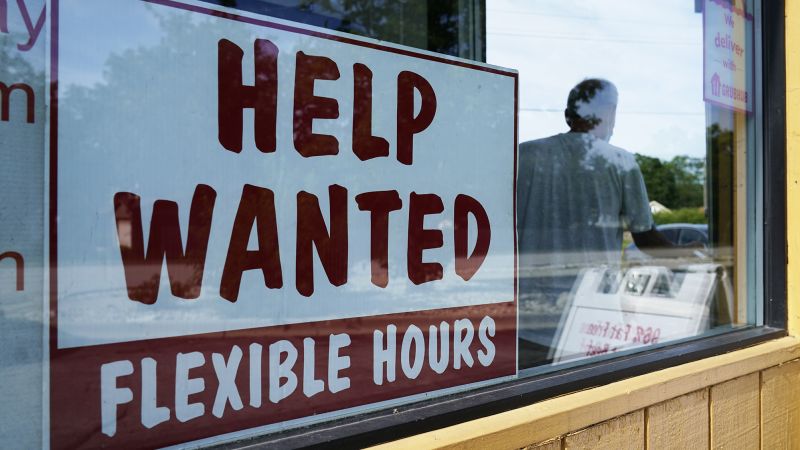 When the Bureau of Labor Statistics releases its latest monthly jobs report on Friday, all eyes will be on whether the labor market is showing signs of loosening up – one of many crucial factors that will help the Federal Reserve determine its next steps in its fight against decades-high inflation.

The US economy is forecast to have added 250,000 jobs in September, which would be the lowest monthly jobs gain since December 2020. The unemployment rate is expected to hold steady at 3.7%, according to Refinitiv estimates.

August jobs data already indicated that the historically tight labor market has loosened by a notch. The jobs report for that month found that America added 315,000 positions, a much lower level than the 512,000 average job gains over the past 12 months. The number of open positions also fell, sinking by 1.1 million, the largest monthly decline outside of the pandemic, according to the Jobs Openings and Labor Turnover Survey released on Tuesday.

While first-time applications for weekly jobless benefits had been hanging around a four-month low, filings jumped back up on Thursday. First-time claims for unemployment insurance totaled 219,000 for the week ended October 1, an increase of 29,000, or 15%, from last week’s revised level of 190,000, according to new data released Thursday morning by the Department of Labor.

The weekly initial jobless claims numbers are preliminary and often subject to significant revisions. Continuing claims for the week ended September 24 were 1.36 million, an increase of 15,000 from the prior week’s revised level.

Job cuts are trending higher in recent months, according to the latest report from outplacement firm Challenger, Gray & Christmas. In September, US businesses announced plans to cut 29,989 jobs, an increase of …