When Entertainment Meets Entrepreneurship; How Hollywood Stars Are Dealing With Entrepreneurial Burnout – Forbes 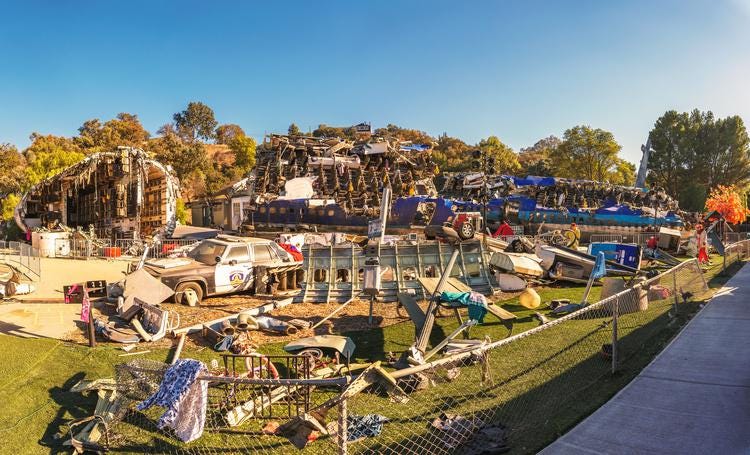 Hollywood, California, USA – October 28, 2018: Airplane crash, scene from the movie ‘War of the … [+] Worlds’ arranged in Universal Studios Hollywood and shown to tourists during the Studio Tour.gettyBefore the dawn of the internet, an acting career was considered more akin to a regular job than it was to entrepreneurship. The internet and social media changed all that, and more power and responsibility for branding and marketing now resides in the hands of the actor and his agents. Essentially, Hollywood Actors today are brands that need to be propagated by the actors themselves.

Burnout is a Medical Diagnosis
In an April 2020 interview with Parade, Golden Globe winner and ‘End of the Road’ star Queen Latifah admitted to having to go away to recover from burnout. In her words, “Burnout is not just a word; you can be physically exhausted on a cellular level.”

HOLLYWOOD, CALIFORNIA – SEPTEMBER 06: Queen Latifah attends Netflix’s End of The Road LA Special … [+] Screening at TUDUM Theater on September 06, 2022 in Hollywood, California. (Photo by Charley Gallay/Getty Images for Netflix)Getty Images for Netflix
The World Health Organization seems to agree as they have also recently redefined Burnout as a ‘syndrome’ linked to ‘chronic workplace stress that has not been successfully managed.’

MORE FOR YOU
Nick Komodina, the founder of Impakt Industries, a mind and body fitness company that helps leaders and athletes attain peak performance and peak fitness while dealing with huge responsibilities weighs in on this redefinition; “Most of the people that end up in Hollywood or as entrepreneurs are creative or visionary people who choose this path to avoid the perceived exhaustion and inflexibility of worki …