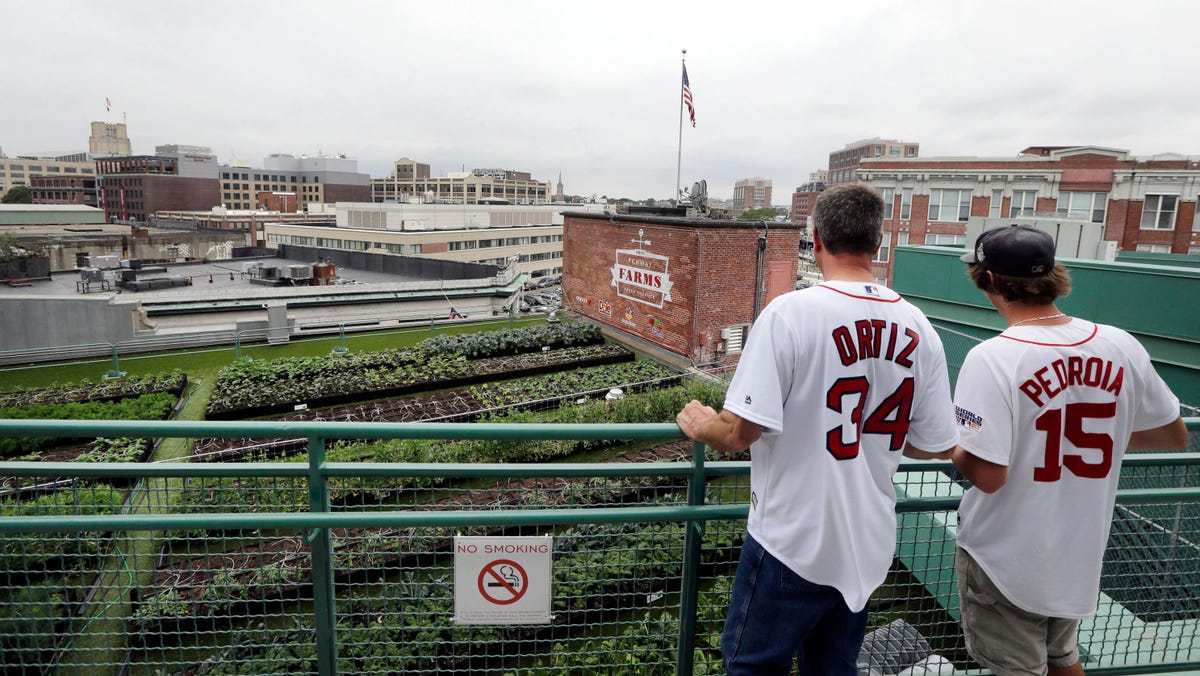 Produce grown in the 5,000-square-foot garden is used in food and cocktails sold at the concessions, … [+] at nearby restaurants and in the Red Sox’ flagship restaurant that prepares meals for about 40,000 people during home games. (AP Photo/Elise Amendola)AP2015The importance of climate change and sustainability issues has largely been determined by political party with the majority of Democrats “worried a great deal” about environmental issues and a small minority of Republicans feeling the same.

According to Gallup, just over 40% of Americans identify as “environmentalists,” down from a high of 78% three decades ago, but roughly the same since the turn of the century. This has largely turned into a political party issue, with twice as many Democrats identifying as environmentalists compared to Republicans.

Would conservatives change their tune if going green meant making putting more green in their pockets?

When it comes to the bottom line in sports and entertainment, the joint efforts of the Oakview Group (OVG), Fenway Sports Group, and the Atlanta Hawks & State Farm Arena to launch GOAL (Green Operations & Advanced Leadership) aim to lead the way. GOAL is a broad set of sustainability standards specifically designed for venues (arenas, stadiums, convention centers, etc) as a tactical roadmap to achieve the standards with a customized tracking tool for long-term accountability.

Inspired by the industry-leading work at OVG owned-and-operated Climate Pledge Arena, the home of the NHL’s Seattle Kraken and WNBA’s Seattle Storm, and on track to be the world’s first, and only, Carbon Zero Certified arena, the GOAL membership portal will be powered by customized software developed in collaboration with Amazon Web Services (AWS). Member venues will have the opportunity to track their performance against scientifically backed standards in environmental and social categories such as energy and water use, greenhouse gas emissions, waste management, indoor air quality, and health and well-being.
MORE FOR YOU
Kristen Fulmer, OVG’s first-ever Director of Sustainability, explains, “Sustainable partnerships bring the live events community together to understand how venues perform and what good, better and best looks like.” The intersection of sports, entertainment and sustainability can become the nexus for future profitability as venues prioritize sustainability efforts including environ …