Why the U.S. might not win the global economy without Canada and Mexico 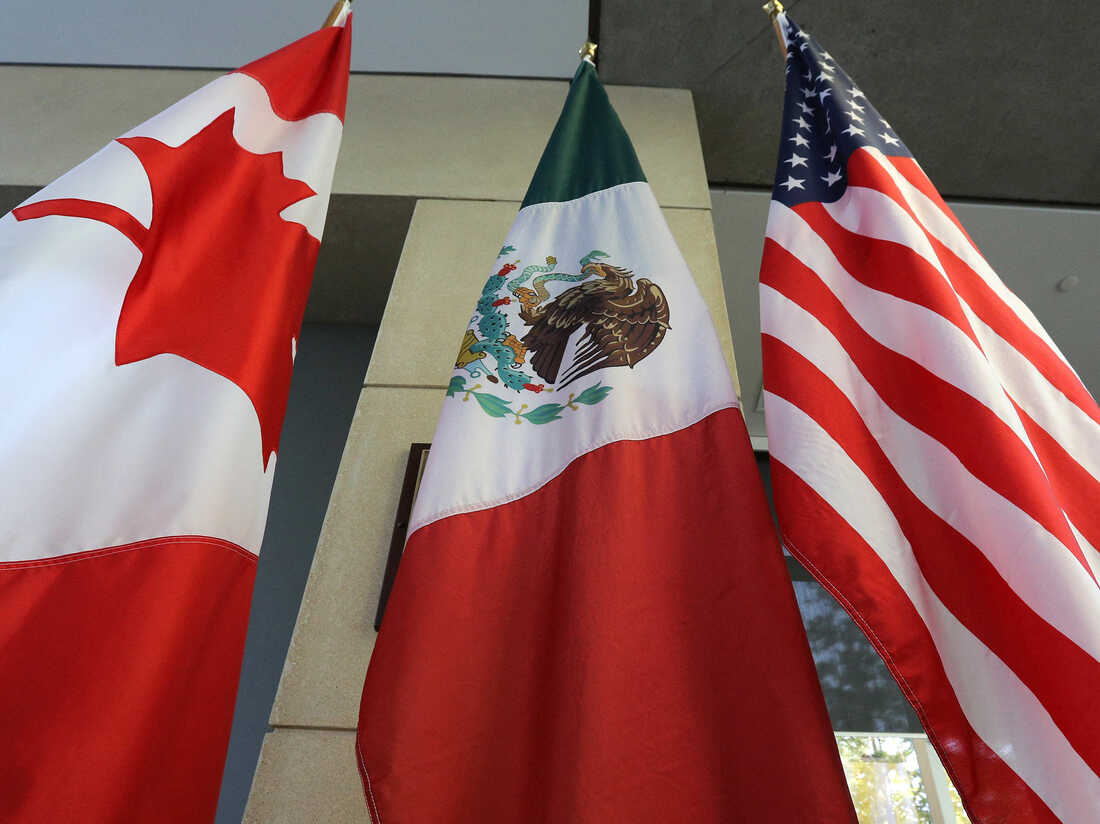 Last week, Democratic lawmakers Ro Khanna and Zach Wahls wrote an op-ed in The Economist that outlined their vision for the Democrats to win the fast-approaching midterms and other future elections: try to win back districts in the industrial heartland that were once Democratic strongholds, but have since shifted decisively to the Republican Party under Donald Trump. “Americans in areas hit hard by deindustrailization feel abandoned by the Democratic Party,” they write. “Democrats must demonstrate that we are the party that is taking action to revitalize America’s factory towns.” To win over these areas, Khanna and Wahls argue that Democratic candidates should highlight their recent legislative wins, including the American Rescue Plan and the Bipartisan Infrastructure Act, which have funneled billions of dollars into distressed towns, installing broadband internet, fixing roads and bridges, and so on. Even more, they argue, Democrats “should own up to, and reverse, the disastrous trade and economic policies (adopted by both parties) that have devastated America’s factory towns.” The anti-free trade sentiments expressed by Khanna and Wahls are pretty much standard in American politics these days. Once an area for bipartisan enthusiasm, free trade has become a third rail. It’s no wonder why President Biden has largely followed in President Trump’s protectionist footsteps: important electoral districts in America’s industrial heartland feel burned by the trade policies of the past.

But in a forthcoming book, The Globalization Myth: Why Regions Matter, author Shannon O’Neil argues that it’s a huge mistake for the United States to turn against free trade and try to go it alone in the global economy. Instead, she argues, for the nation to become more globally competitive and create good jobs, we must find a middle ground on trade, embracing Canada and Mexico and working with them to beef up regional supply chains and our collective productive capacity. The North American Manufacturing Hub Despite the popular use of the term “globalization,” O’Neil argues, what we’ve seen more than anything else over the past four decades is regionalization. Three regional manufacturing hubs have emerged in that time: Asia, Europe, and North America. And while Asia and Europe have done lots of work to foster and invest in supply chains in their regional hubs, she argues, North America has lagged behind. O’Neil begins her book with one of the factory towns that has been devastated by deindustrialization: Akron, Ohio. Before falling on hard times, Akron was “the Rubber Capital of the World,” producing about 60% of the globe’s tires. In the 1980s, however, tire companies began leaving Akron, and the community slipped into a downward spiral.
“It is easy to peg Akron as a victim of globalization,” O’Neil writes. But the problem, she argues, wasn’t really free trade; it was largely “the United States’ limited regionalization,” which damaged the economic viability of continuing to do business in Akron as the global tire market got more competitive. With the help of the pro-trade policies of their governments, O’Neil writes, tire and other automotive companies based in Japan and Germany and France developed regional supply chains that gave them a competitive edge. The United States, she says, hadn’t yet pursued the North American Free Trade Agreement, which would eventually foster the creation of a production complex spanning the United States, Canada, and Mexico. “With NAFTA negotiations still a decade away, Akron’s companies had no partners to turn to in the face of burgeoning Asian and European manufacturing supply chains,” O’Neil writes. In O’Neil’s telling, NAFTA, while imperfect, was exactly what US manufacturing needed to continue competing on the global stage. After it passed, trade between the US, Mexico, and Canada quadrupled and, she says, the US manufacturers that embraced regionalism thrived. O’Neil uses the auto industry as one of her primary examples. She considers it one of the most regionally integrated industries in North America. After NAFTA brought down tariffs and made it cheaper and easier for US automakers to move parts across borders, those companies were able to construct strategic supply chains that kept them globally competitive. Sure, O’Neil says, some labor-intensive manufacturing went to Mexico, where labor is cheaper, but that helped US automakers compete against Asian and European competitors and the United States — and US workers — remained an integral part of the supply c …