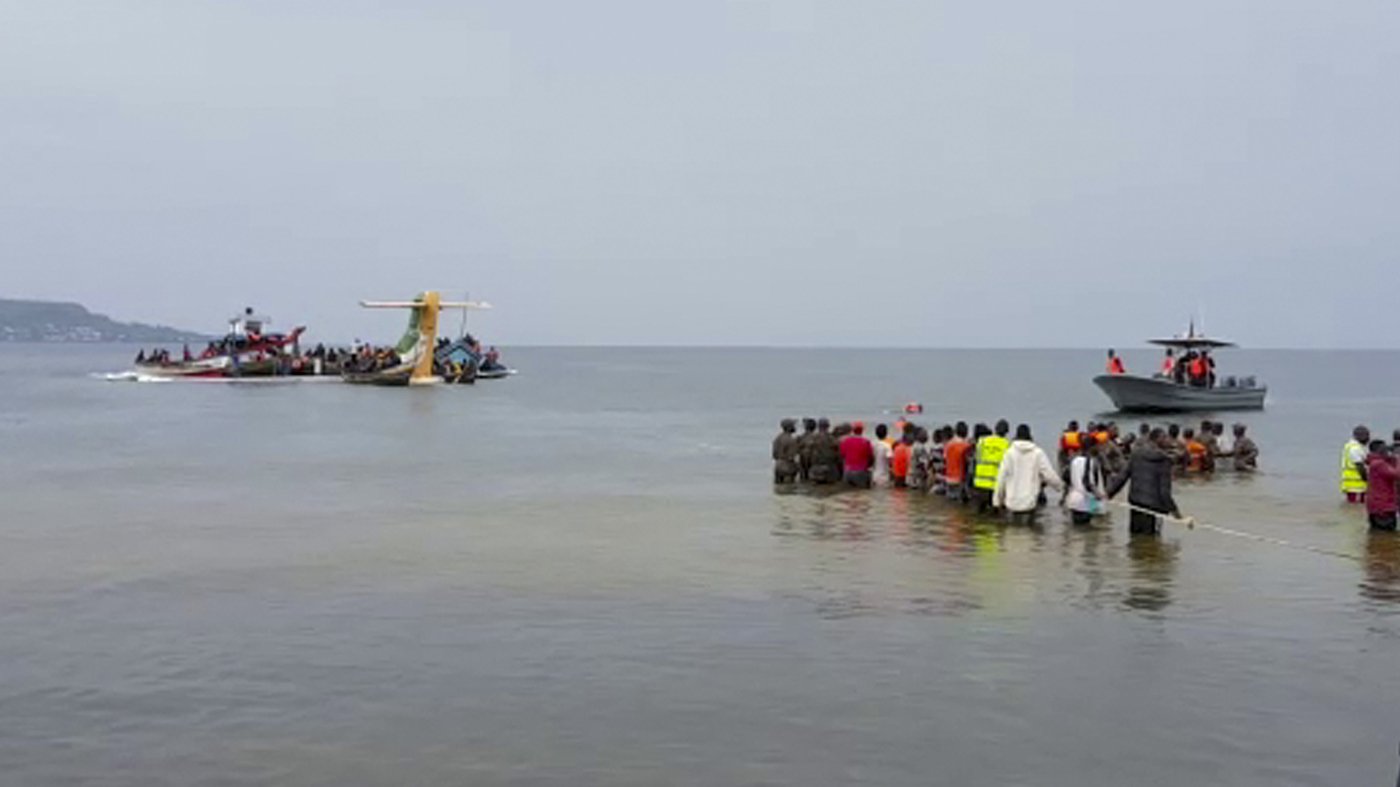 Rescuers in boats and standing in the water are seen around the tail fin of a crashed Precision Air passenger aircraft on the shores of Lake Victoria in Bukoba, in western Tanzania on Sunday.

NAIROBI, Kenya — A small passenger plane crashed Sunday morning into Lake Victoria on approach to an airport in Tanzania, and the country’s prime minister says 19 people on board were killed. Prime Minister Kassim Majaliwa gave the new death toll, up from three. Earlier, local authorities said 26 of those on the Precision Air flight from the coastal city of Dar es Salaam were rescued and taken to a hospital. It was not clear if any of those who were rescued died at the hospital. Photos showed the plane, which was headed to Bukoba Airport, mostly submerged in the lake. Precision Air is a Tanzanian airline company. “We have managed to save quite a number of people,” Kagera province police commander William Mwampaghale told journalists. “When the aircraft was about 100 meters (328 feet) midair, it encountered problems and bad weather. It was raining and the plane plunged into the water,” he said. Mwampaghale said the rescue efforts were continuing.