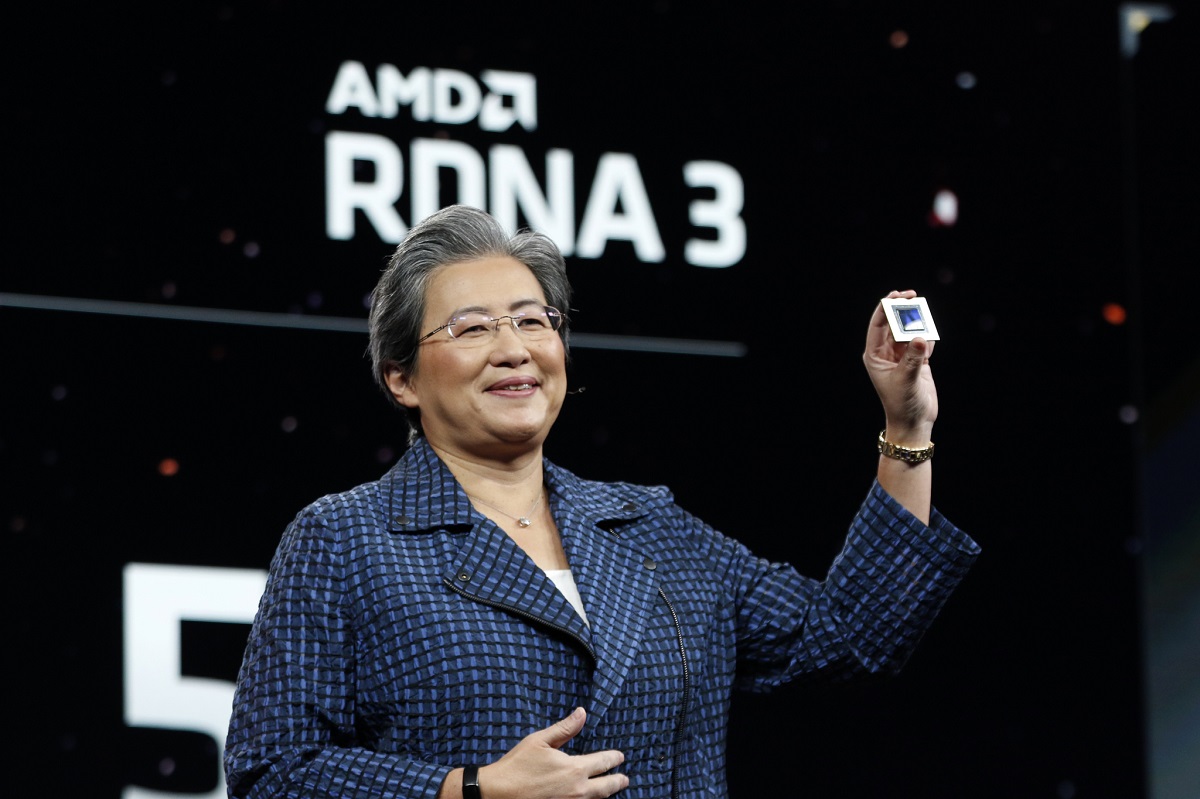 The launch comes a month after AMD launched its Ryzen 7000 processors based on the Zen 4 architecture for central processing units. Together, the goal is to push the limits of gaming innovation, said Lisa Su, CEO of AMD, in a press briefing.

AMD Radeon 7900 XTX graphics chip.Su said AMD’s goal is to achieve cross-platform gaming leadership, with design wins not only on the PC but with gaming-specific hardware such as Valve’s Steam Deck, the Microsoft Xbox Series X/S, and the Sony PlayStation 5.

The new graphics chips use a “chiplet” design which uses different manufacturing processes such as 5-nanometer or 6-nanometer production on the same chip. With this tech, modern processors contain multiple chips, called chiplets, rather than a single monolithic chip on a single substrate.