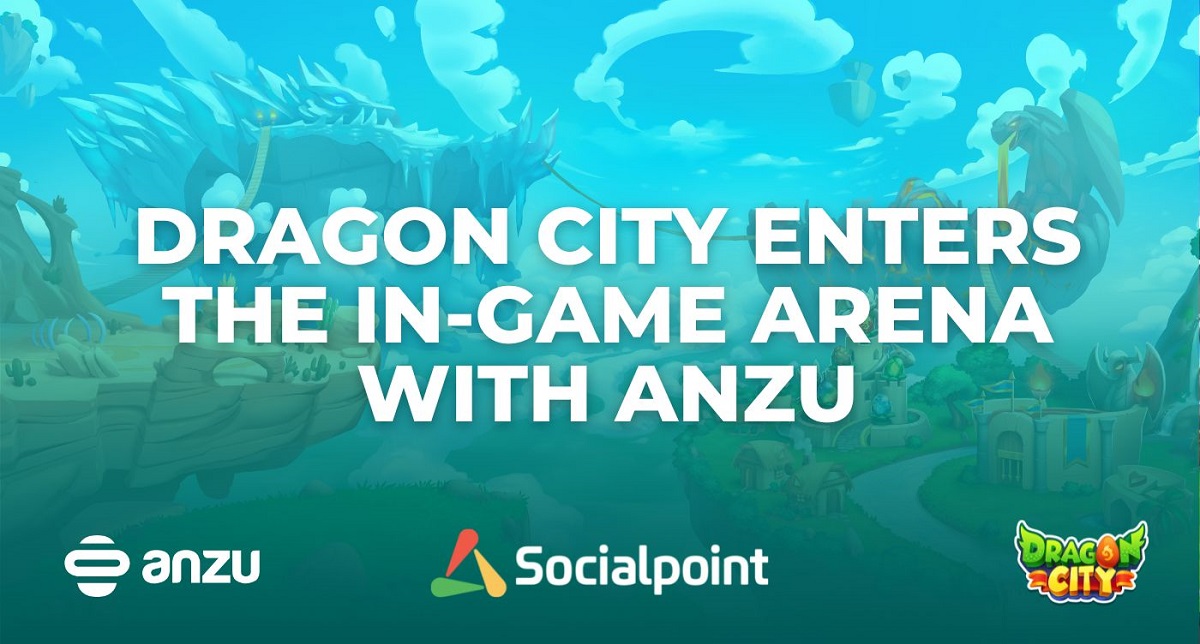 Advertisers will be able to reach hundreds of thousands of engaged players in Dragon City with intrinsic ads, or non-disruptive ads, thanks to Anzu and Socialpoint’s new partnership. It may be a small deal, but it is potentially interesting as Socialpoint is now part of Zynga, which Take-Two Interactive bought for $12.7 billion.

The partnership will see Anzu’s non-intrusive intrinsic in-game ad placements integrated intoDragon City, a town-builder and strategy game. The ads will appear on 3D objects throughout the game to preserve the user experience while enhancing the gameplay.

Advertisers working with Anzu can run their display and video ads within the iOS, Android, and PC versions of Dragon City to reach hundreds of thousands of highly engaged players globally.

Dragon City plays host to more than 1,600 dragons for players to collect, each crafted with its own personality, skill, and rarity. Players can breed, grow, and level up their dragons while sending them to compete in big battles online.

The game was recently featured as AMC Networks brought The Walking Dead experiences to thegame. Anzu now allows advertisers to reach Dragon City players across all geographies, with aspecial focus on the U.S., UK, Germany, France, Canada, and Australia.

“Dragon City is a renowned title with rich and engaging content that keeps players coming backevery day, and Anzu’s ad placements allow advertisers to tap into this diverse and highly engaged audience in a non-intrusive way,” said Lev Kommisarchik, vice president of mobile games and publisher services at Anzu, …