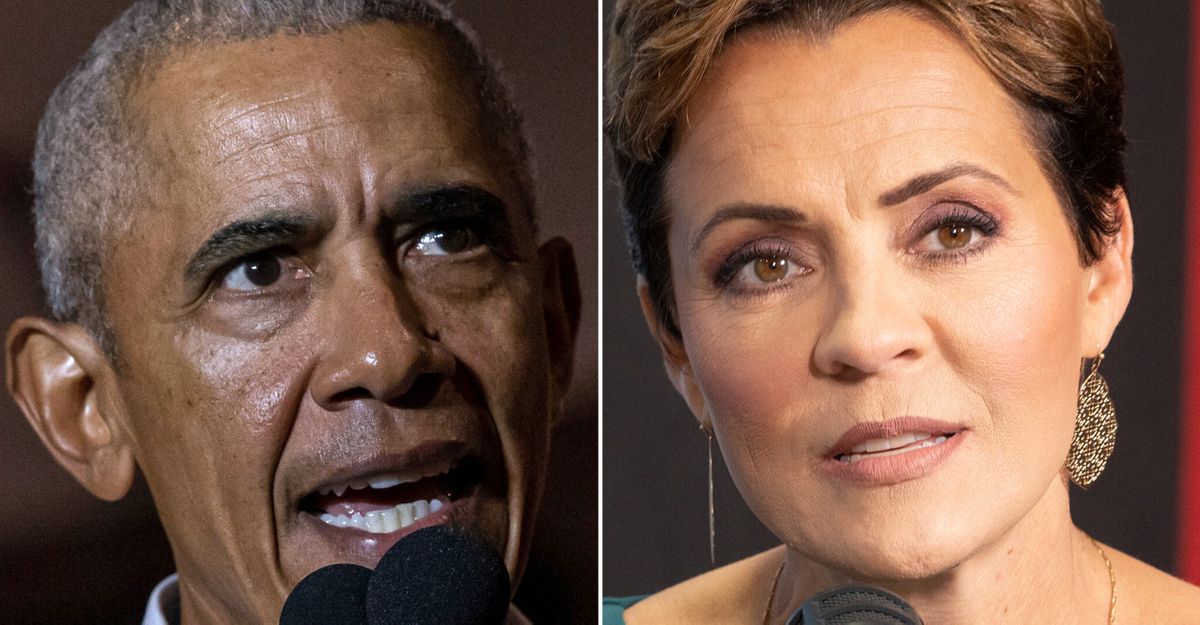 Former President Barack Obama blasted his successor in the White House, Donald Trump, as he urged voters in Arizona to reject the GOP nominee for governor Kari Lake at next week’s midterms.“If we hadn’t just elected someone whose main qualification was being on TV, you could see maybe giving it a shot,” Obama said of former local news anchor Lake during a rally for Democrats in Phoenix on Wednesday.It was a clear reference to ex-reality television personality Trump.“What’s the worst that could happen?” Obama imagined people thinking. “Well now we know, it doesn’t just work out just because somebody’s been on TV.”Obama recalled being interviewed by the Trump-endorsed Lake, who is in a tight race with Arizona Democratic Secretary of State Katie Hobbs, in 2016 when he was still in office.His memory of their exchange was “a little fuzzy,” he admitted. But Obama said he didn’t remember thinking she was someone who would push debunked COVID remedies or baselessly claim that the 2020 election was rigged.“I guess that stuff came later because she found it convenient,” he said.