Biden pledges the U.S. will work with southeast Asian nations 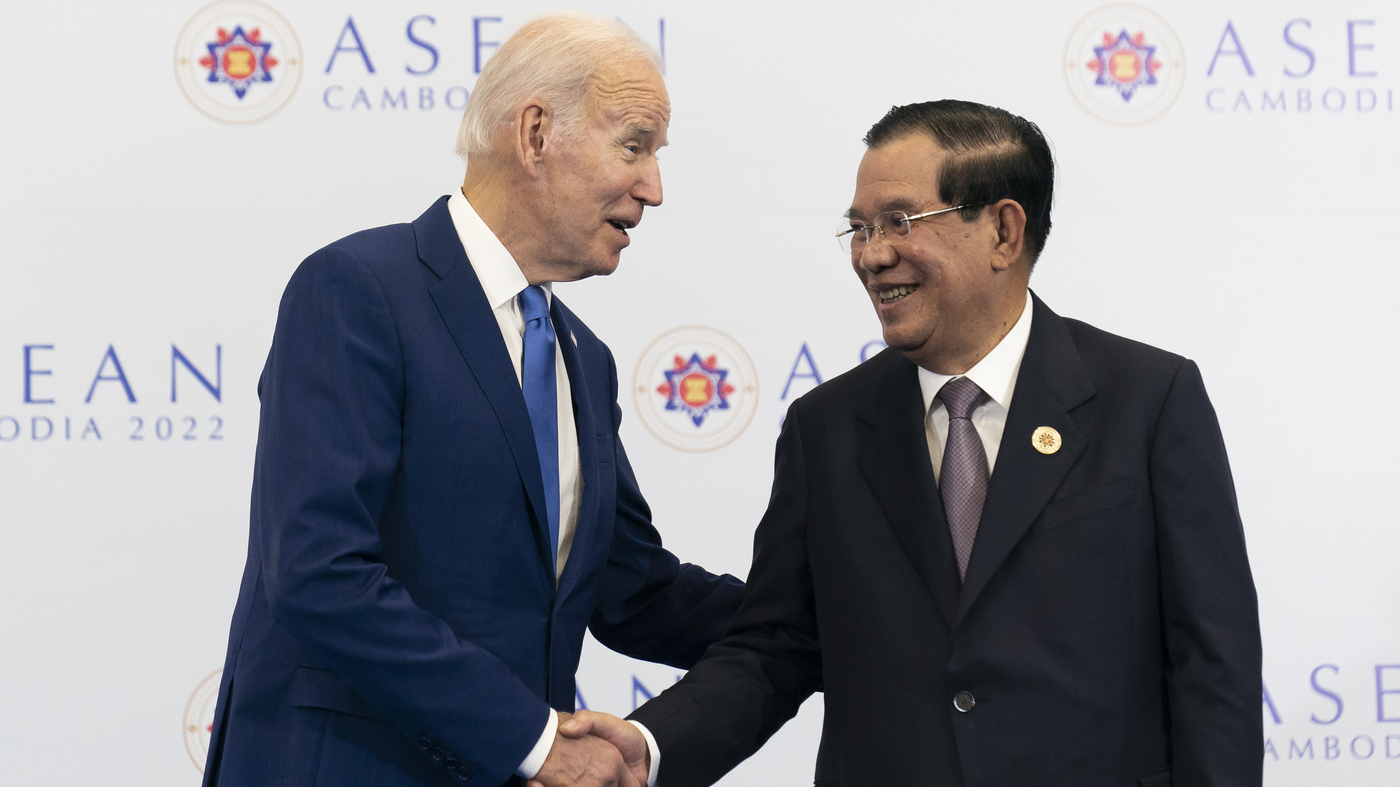 PHNOM PENH, Cambodia — President Joe Biden promised Saturday that the United States would work with a strategically vital coalition of southeast Asian nations, telling leaders that “we’re going to build a better future that we all want to see” in the region where U.S. rival China is also working to expand its influence. Citing the three Association of Southeast Asian Nations summits he’s participated in as president, Biden said the 10-country bloc is “at the heart of my administration’s Indo-Pacific strategy” and promised to collaborate to build a region that is “free and open, stable and prosperous, resilient and secure.”

“I look forward to continuing our work together with ASEAN and with each one of you to deepen peace and prosperity throughout the region to resolve challenges from the South China Sea to Myanmar and to find innovative solutions to shared challenges,” Biden said, citing climate and health security among areas of collaboration. Biden’s efforts at this year’s ASEAN summit are meant to lay the groundwork for his highly anticipated meeting with Chinese President Xi Jinping — the first face-to-face encounter of Biden’s presidency with a leader whose nation the U.S. now considers its most potent economic and military rival.

Biden and Xi will meet on Monday at the Group of 20 summit that brings together leaders from the world’s largest economies, which is held this year in Indonesia on the island of Bali. Traveling to Phnom Penh earlier Saturday, U.S. national security adviser Jake Sullivan said Biden will raise issues such as freedom of navigation and illegal and unregulated fishing by China with the ASEAN leaders — aimed at demonstrating U.S. assertiveness against Beijing.

Freedom of navigation refers to a dispute involving the South China Sea, where the United States says it can sail and fly wherever international law allows and China believes such missions are destabilizing. Sullivan said the U.S. has a key role to play as a stabilizing force in the region and in prevention of any one nation from engaging in “sustained intimidation and coercion that would be fundamentally adverse to the nations of ASEAN and other countries.” “There’s a real demand signal for that,” Sullivan told reporters aboard Air Force One on Saturday. Referring to the People’s Republic of China, Sullivan continued: “I think the PRC may not love that fact, but they certainly acknowledge it and understand it.” One new initiative related to those efforts that Biden will discuss Saturday focuses on maritime awareness, specifically using radio frequencies from commercial satellites to better track dark shipping and illegal fishing, Sullivan said.
Biden’s visit to Cambodia — the second ever by a U.S. president — continues his administration’s push to demonstrate its investments in the south Pacific, which was highlighted earlier this year when the White House hosted an ASEAN summit in Washington, the first of its kind. He also tapped one of his senior aides, Yohannes Abraham, as the official envoy to ASEAN, another way the White House has highlighted that commitment. ASEAN this year is elevating the U.S. to a “comprehensive strategic partnership” status — a largely symbolic enhancement of their relationship but one that puts Washington on the same level as China, which was granted the distinction last year.