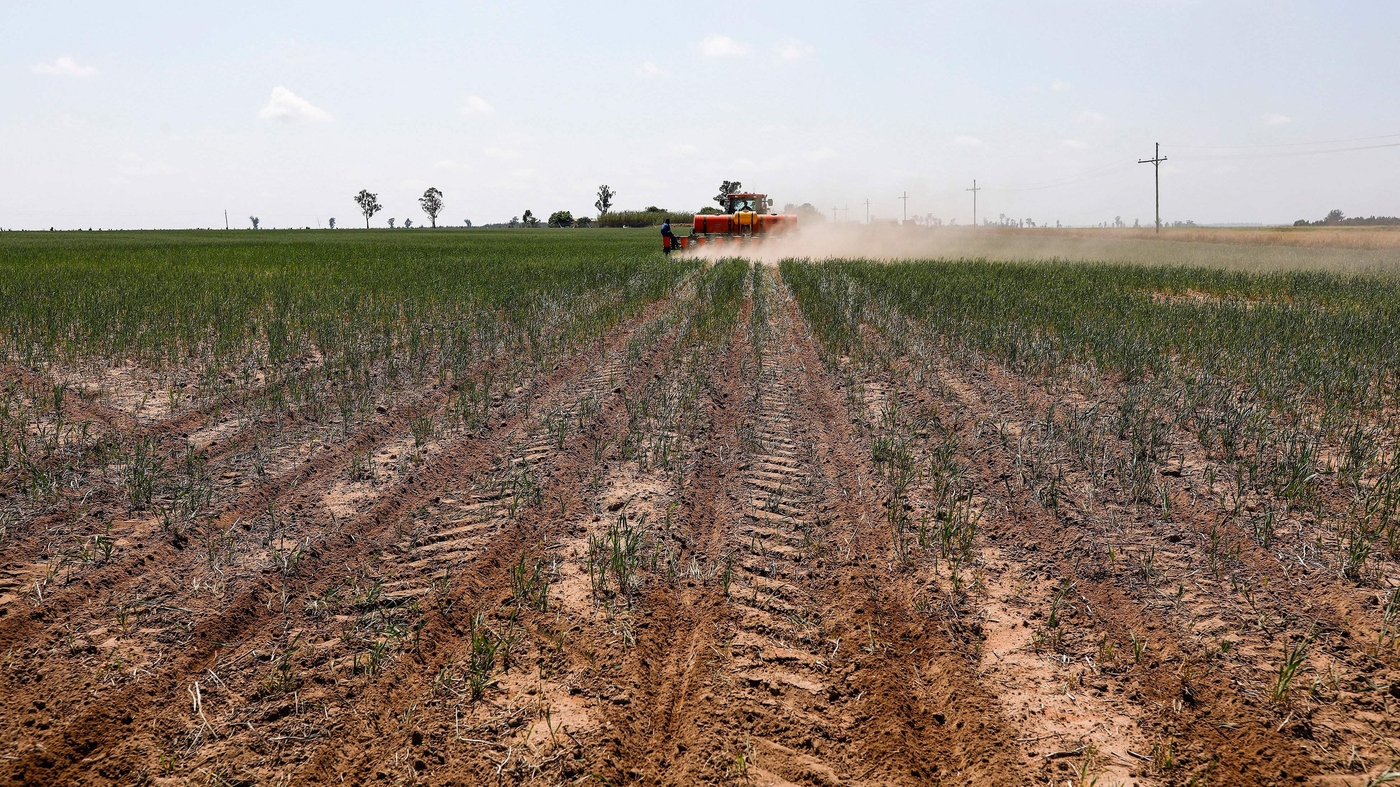 A view of soybeans being planted on a farm in Balfour, South Africa on Oct. 20, 2021. Regenerative agriculture is a loosely defined term, but generally involves promoting on-farm soil health and carbon sequestration through practices like cover cropping and no-tilling.

Will Cannon does more to sequester carbon than the average U.S. farmer. After he harvests his corn and soybeans, he plants cover crops, which sequester carbon all winter long, on his entire 1,000-acre operation in Prairie City, Iowa. He’s avoiding tilling, or plowing, his soil as much as possible, which helps keep carbon stored in the ground. “I’ve kind of had a passion for conservation all my life,” he says. “We’ve always been pushing the envelope on what we’re trying to do.” Cannon is getting help to finance this climate-friendly way of farming, which costs him thousands of dollars for additional machinery and seed, from the kinds of companies that ultimately buy his product. Footing the bill in his case is PepsiCo and Unilever, which own food brands ranging from Lay’s and Gatorade to Hellman’s and Ben & Jerry’s. This kind of cross-supply chain partnership could become increasingly common. A consortium of 12 food companies, including Mars, PepsiCo and McDonald’s, announced a plan to triple the amount of regenerative farmland by 2030. The plan was released just days before the 27th Conference of the Parties to the United Nations Framework Convention on Climate Change (COP27) in Egypt.

While the practices regenerative agriculture encompasses are nothing new, it’s becoming an increasingly popular climate change mitigation tool, especially among mega food corporations. “I think [regenerative agriculture] has a tremendous but under-tapped opportunity to have a major impact on climate change,” says Jim Andrew, PepsiCo’s chief sustainability officer. The food system accounts for a third of global greenhouse gas emissions and the private sector largely controls that system. Corporations, including Mars and PepsiCo, have made commitments to net zero greenhouse gas emissions. But the industry is inextricably tied to emissions, with an enormous, multi-million ton carbon footprint. Part of that stems from rampant deforestation. The corporate food industry also relies heavily on plastic packaging — another big source of emissions. “They’re invested in the system which generates greenhouse gas emissions, and essentially they are trapped by the need to continue to not only be profitable, but to grow their profits,” says Ricardo Salvador with the Union of Concerned Scientists. This isn’t the first regenerative agriculture commitment PepsiCo has made. Last year, the company, which earned $9.7 billion over …