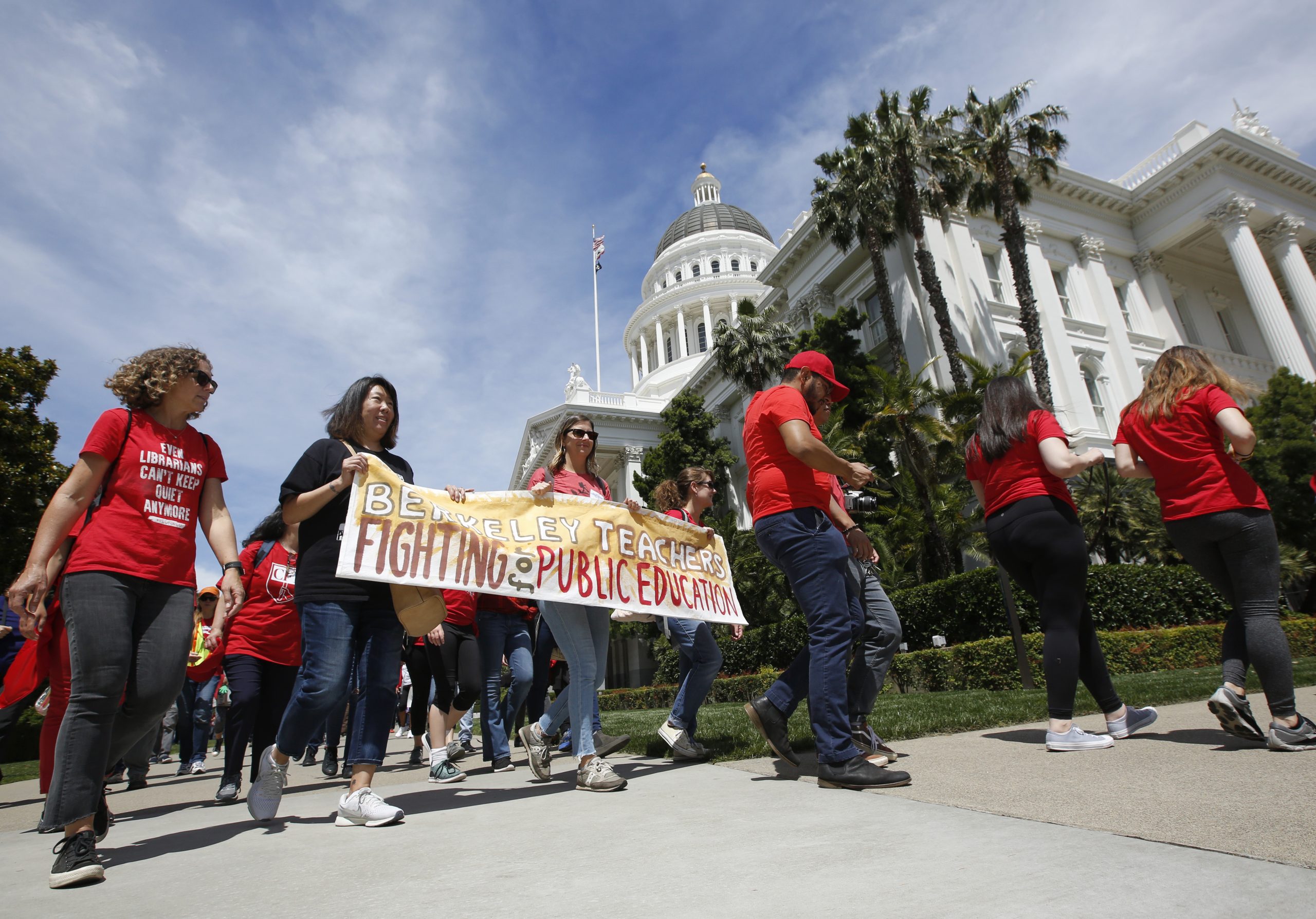 SACRAMENTO, Calif. — Flavored tobacco. Sports betting. Taxing millionaires to fund electric vehicles. All face a common enemy this fall: California teachers.
The state’s largest teachers union has pumped millions into ballot initiative fights that seem to have little or nothing to do with education. And polls show those measures are in trouble.

“Privatizers and politicians with extreme agendas have been attempting to divide our communities, instill fear and bring political culture wars into schools,” CTA spokesperson Claudia Briggs said in a statement Friday in response to questions about its political spending. “Together with parents, we will continue to fight for our democracy and against flawed initiatives and politicians who put their agenda ahead of what is best for students and our communities.”
That expanded focus — influenced in part by the left-leaning politics of local union leaders — has proven valuable in tough policy fights, bolstering campaigns with a trusted profession’s stamp of approval. It also serves to strengthen the union’s relationships with like-minded groups closely linked to the Democratic Party.

Not surprisingly, CTA’s influence and party ties are a source of deep resentment for many conservatives in California politics. Lance Christensen, a GOP state superintendent candidate and longtime budget analyst, calls the union a “bully” that he “abhors.”
The Democratic Party and the union, he said in an interview, are “one and the same.”
The union has cash to burn this year. An arts and music education measure is cruising toward passage with no organiz …