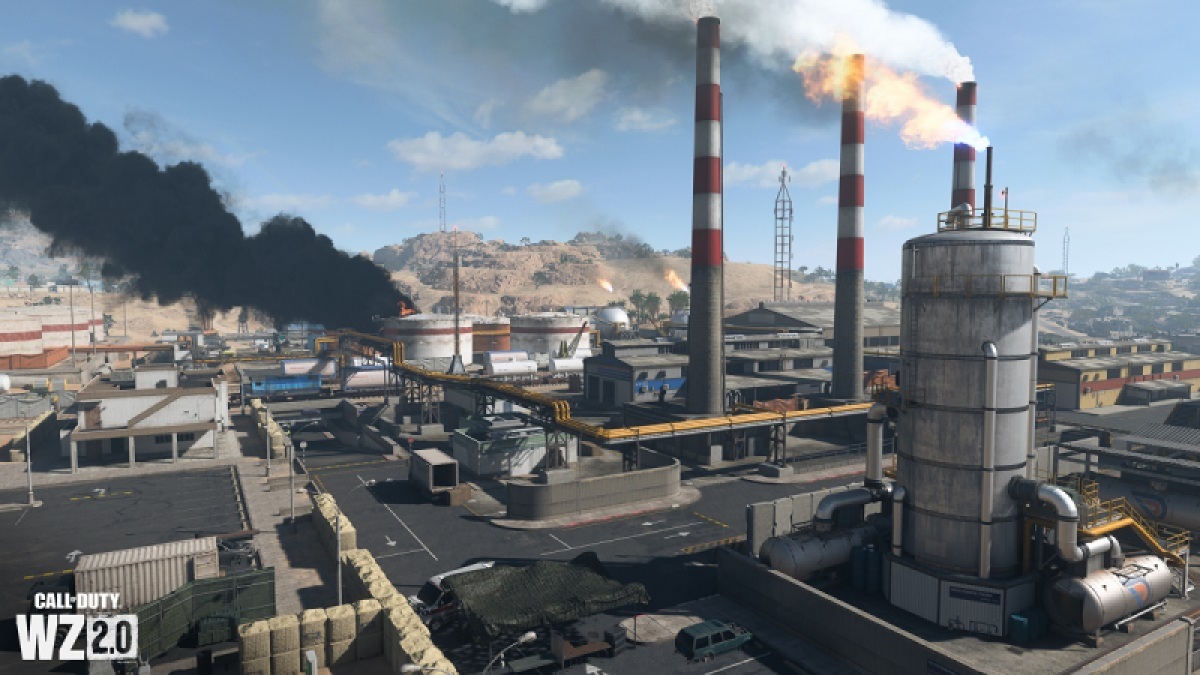 Call of Duty: Warzone 2.0 will debut as a new free-to-play battle royale mode on November 16 with a brand new map and a new extraction experience called DMZ.

The game will feature Al Mazrah, a new map set in the Middle East that is built for the modern warfare setting of Call of Duty: Modern Warfare II. Many of the parts of the map will be familiar to players who are already playing Modern Warfare II’s multiplayer.

And the details of the environment will also be familiar as Warzone 2.0, as well as next year’s Warzone Mobile, are built with the same proprietary game engine as Modern Warfare II, which debuted on October 28. And the huge Al Mazrah map will have 18 major points of interest that include some of the maps in Modern Warfare II, like Sarrif Bay.

The oil refinery in Warzone 2.0.While Call of Duty: Modern Warfare II has been a great success with $1 billion generated in revenue for the premium game in its first 10 days, Warzone 2.0 promises to offer a renewal for the game that became a huge hit during the pandemic when people craved social experiences in online games. More than 125 million people played the free-to-play Warzone, and this launch represents Activision’s chance to get them back into the game. And while Activision Blizzard clearly wants to sell premium games, Warzone is the best chance to get people coming back every day of the year.

[embedded content]
I was one of the folks who turned to Warzone, which debuted just as lockdowns started in March 2020. I played it regularly with a crew of friends and acquaintances and strangers. And it was good to come back to it often, in between major releases of other games. If they ever did a Call of Duty metaverse, I’d be up for it.

But Warzone 2.0 is going to be quite fun in the meantime, with the upgraded graphics, underwater fighting, vehicle combat, and more.

The observatory in Al Mazrah.One of the new experiences that will entice players back is the DMZ experience, which is an extraction mode similar to Escape From Tarkov’s gameplay or the Dark Zone experience in Tom Clancy’s The Division.