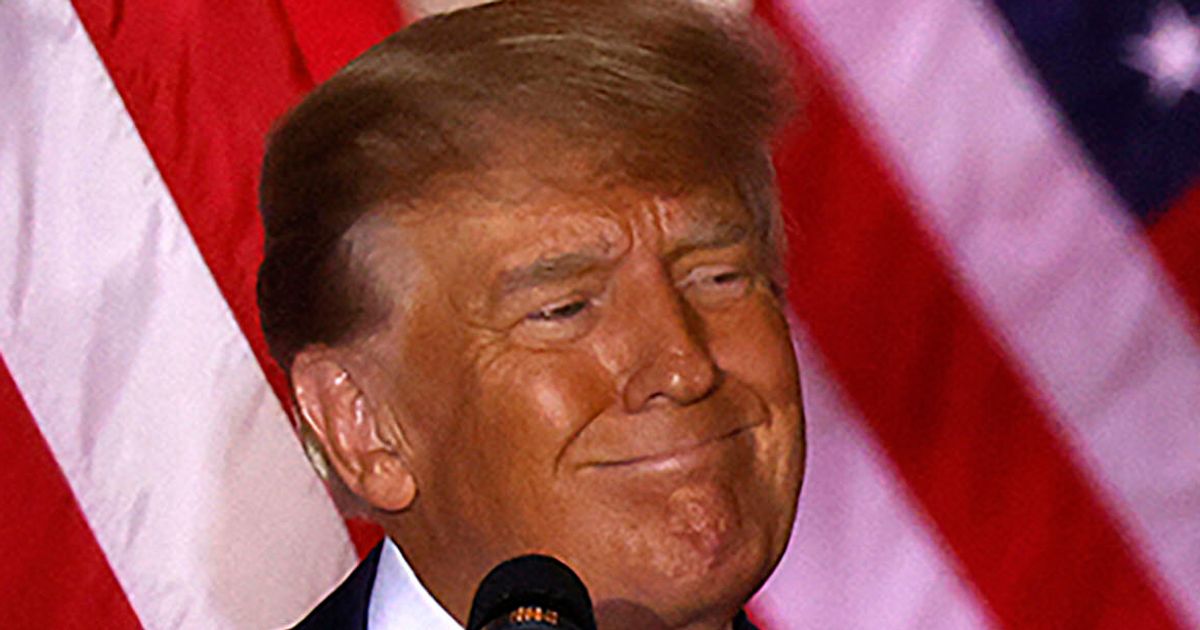 ABC’s Jonathan Karl called the speech “incredibly low energy” and said he saw people leaving in the middle of it ― until they were blocked from departing: ABC’s Olivia Rubin filmed a crowd forming near the doors, waiting for a chance to leave as Trump rambled in the background: His speech lasted for more than an hour. Trump, who was impeached twice, incited an attack on the U.S. Capitol and is currently under criminal investigation, announced his 2024 bid despite being blamed for his party’s disappointing midterm election results. The announcement also comes as polls say his popularity within the GOP has plunged. One new poll showed Florida Gov. Ron DeSantis (R), a one-time Trump acolyte and potential 2024 rival, surging past him in multiple states.