COP27 is over. What’s in the final climate deal? – NPR 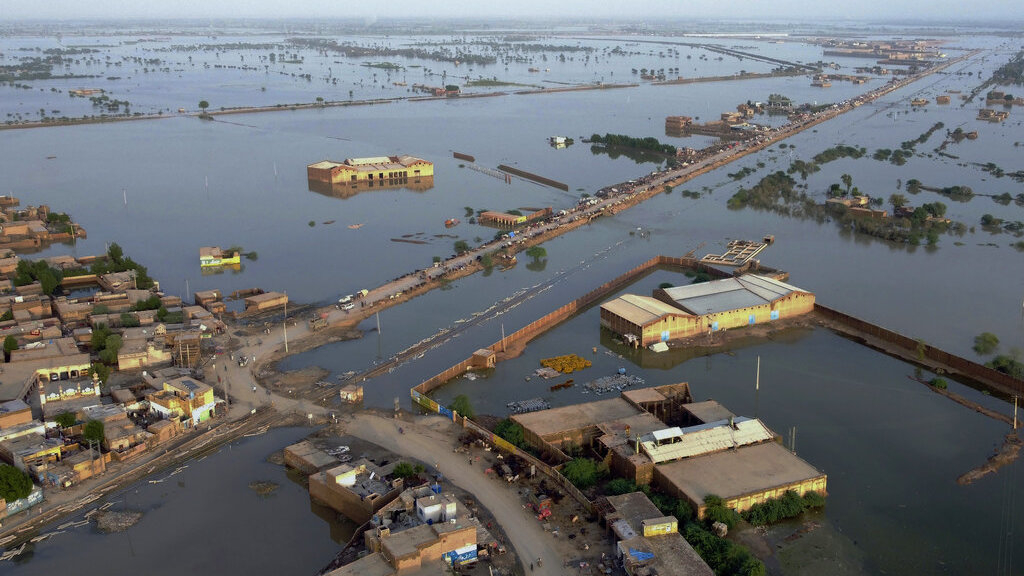 The COP27 summit went late into overtime, with Sameh Shoukry, president of the climate summit, speaking during a closing session on Sunday.

Contentious climate negotiations ended in Sharm El-Sheikh, Egypt, as negotiators from around the world finalized a modest deal to help control global warming and pay for the costs of a hotter Earth. Deep-seated tensions flared between richer countries that have prospered by burning fossil fuels, and developing ones, which are bearing the brunt of climate-driven disasters. But in a historic move, countries agreed to establish a fund to support poorer countries already hit hardest by the impacts. In a statement at the close of the meeting, Lia Nicholson of the island nation of Antigua and Barbuda said the new fund “must be the lifeboat that we need it to be.” The negotiations went nearly two days past their scheduled deadline – into “hostage phase,” as one South African delegate put it. Countries struggled to compromise on a plan that would reduce global dependence on fossil fuels, while helping vulnerable countries pay for the damage caused by worsening sea level rise, storms, droughts, heat waves and other climate-driven disasters. The final deal, announced Sunday morning in Egypt, reiterates the goal set by the 2015 Paris climate agreement to keep overall global warming from rising more than 1.5 degrees Celsius (about 2.8 degrees Fahrenheit) compared to pre-industrial era of the 1800s.

But it is unclear how that goal will be achieved, because negotiators could not agree that fossil fuels must be phased out. The vast majority of planet-warming pollution comes from humans’ use of oil, gas and coal, and most remaining fossil fuel deposits must remain untapped in order to rein in global warming, scientists have determined. “We call for reduced CO2 emissions,” said Zambia’s environment minister Collins Nzovu after the meeting ended. “That’s a basic issue. Right now, as it is, we will not reach 1.5 [degrees Celsius]. We are off the map completely.” Here’s what was and wasn’t decided at COP27, and what it means for humanity. World leaders did not agree to phase down fossil fuels Many nations arrived at the talks with the hope of keeping “1.5 degrees alive.” The world is on a path to hit almost double that level of warming by the end of the century. Beyond 1.5 degrees Celsius (2.8 degrees Fahrenheit), storms, heat waves and other climate impacts become much more destructive. As the COP27 talks got underway, a broad coalition of countries began calling for the phase-down of all fossil fuels. Small island nationals joined European countries in pushing for that language to be included in a final agreement. So did India, a country that had pushed back against the idea of phasing out coal at last year’s COP26 talks in Glasgow.
Despite a last minute push, the Egyptian delegation, which brokered the final deal as hosts of the conference, did not put phasing down fossil fuels in the final text. Instead, the final agreement encourages “efforts towards the phasedown of unabated coal power and phase-out of inefficient fossil fuel subsidies.” Oil-producing countries like Saudi Arabia have long pushed back against efforts to curb fossil fuels. At these talks, the country announced that it continues to see a future of oil production, but will invest in new efforts to capture emissions and prevent them from reaching the atmosphere, known as carbon capture and sequestration. Climate activists say this new shift is simply a way to prop up fossil fuels with a technology that will not scale up for decades. “New calls to accelerate deployment of renewable energy were very welcome,” said Ani Dasgupta, president of the World Resources Institute, in a statement. “But it is mind boggling that countries did not muster the courage to call for phasing down fossil fuels, which are the biggest driver of climate change. ”

Methane is an incredibly potent greenhouse gas that is currently released in huge quantities by oil and gas operations, landfills and agriculture. Global greenhou …