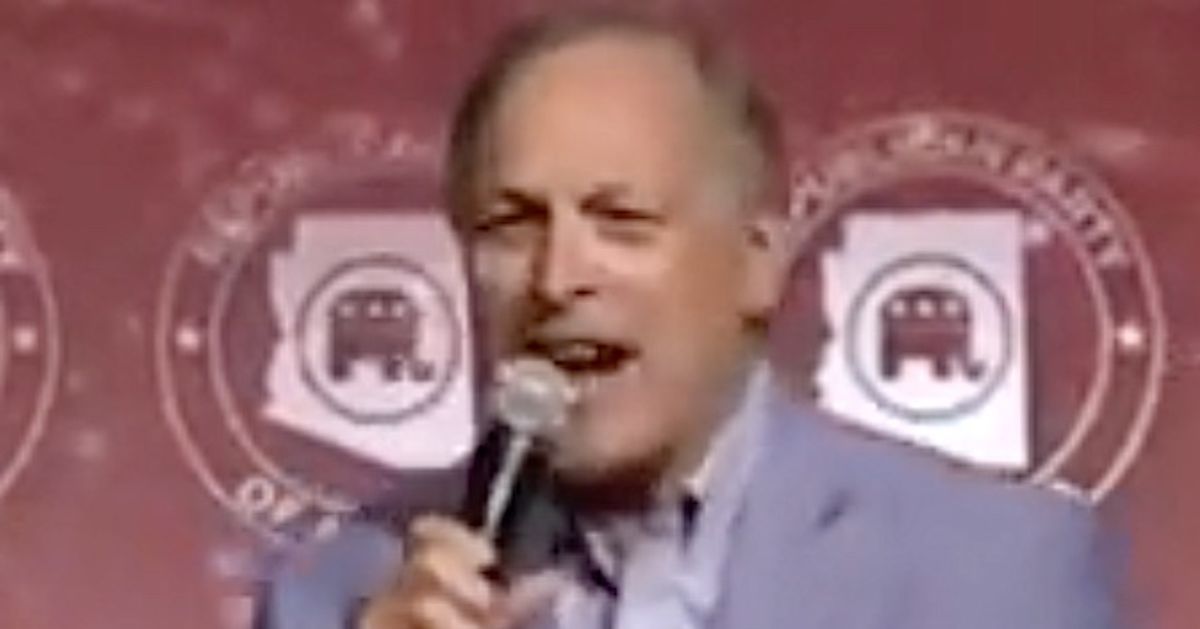 Rep. Andy Biggs (R-Ariz.) made a joke about House Speaker Nancy Pelosi (D-Calif.) “finding the hammer” days after her husband was attacked by a hammer-wielding assailant.The attacker broke into the Pelosi home, allegedly looking for the House speaker to kidnap her and “break her kneecaps,” according to police. The attack on Paul Pelosi left him hospitalized for six days as he underwent surgery for a skull fracture and received treatment for other injuries. But Biggs ― who reportedly sought a pardon from President Donald Trump in the days after the Jan. 6, 2021, assault on the U.S. Capitol ― used that as fodder for a joke at an event on Tuesday.“We’re gonna show Nancy Pelosi the door very shortly. Don’t let it hit you on the backside, Nancy,” he said Tuesday. “She’s losing the gavel but finding the hammer. Too soon? Is that too soon?” Critics on Twitter called him out: