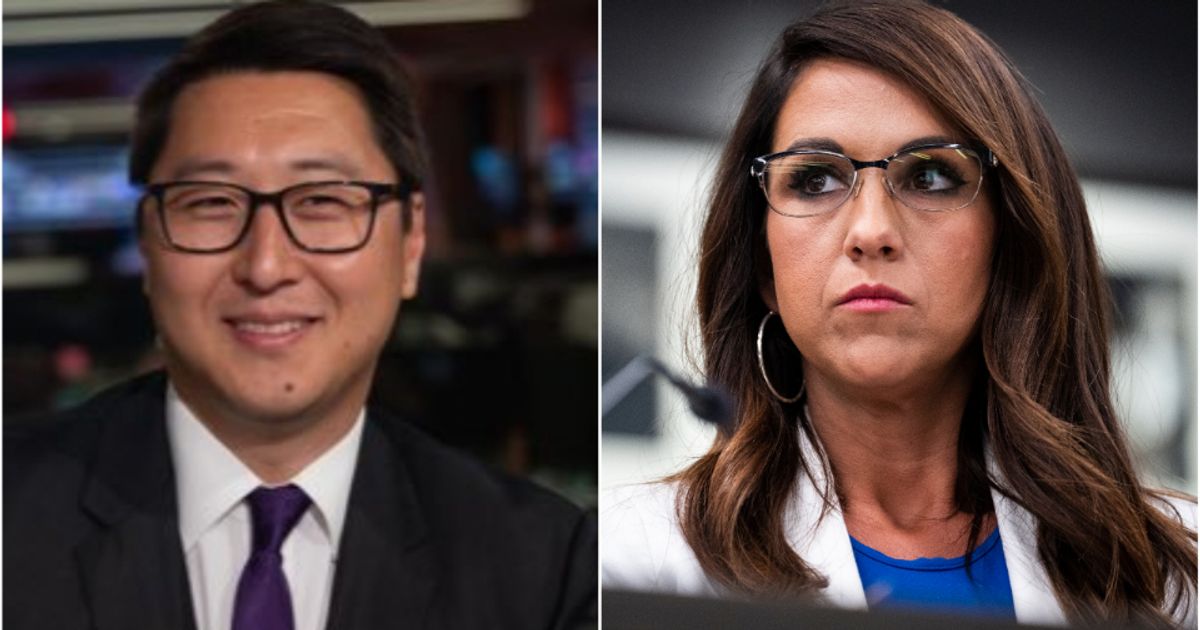 An adviser to the Democratic Party is apologizing for remarks he made on MSNBC where he suggested Rep. Lauren Boebert’s (R-Colo.) next job should be working for OnlyFans.DNC adviser Kurt Bardella appeared on Joy Reid’s show Wednesday to discuss Boebert’s very close election race with Democratic opponent Adam Frisch.AdvertisementThe race has tightened considerably as of Thursday, but at the time of the interview, it appeared as if Boebert might be looking for another job besides a congresswoman.Reid naturally wondered what Boebert might do next, which inspired Bardella to joke, “I guess it might be a gain for OnlyFans.”Many people criticized Bardella for the comment, especially since it was sex shaming and leaned on unproven allegations that the right-wing Colorado congresswoman had previously had abortions and worked as an escort.Memo to Kurt Bardella: Saying that a Lauren Boebert loss is “a gain for OnlyFans” as you just did is a bit foul. Her being a POS is not an invitation to be about that kind of misogynistic bullshit.— Daryle Lamont Jenkins (@DLamontJenkins) November 10, 2022

AdvertisementOn Thursday, Bardella apologized for the comments, and promised to “be more thoughtful” about his words in the future.1.) I appreciate your feedback and when someone from your vantage point weighs in – that warrants consideration and reflection. I’ll be more thoughtful about my words in the future. It is NEVER my intention to shame women. I apologize. Period. https://t.co/AGuK92Ls7I— Kurt Bardella (@kurtbardella) November 10, 2022

He also insisted there is nothing wrong with platforms like OnlyFans that allow people to post their own sex videos.2.) There is nothing wrong with consensual interactions on platforms like OnlyFans. Anyone suggesting otherwise in an effort to shame or judge really needs to examine their own perception of women and their autonomy.— Kurt Bardella (@kurtbardella) November 10, 2022

Based on a tweet that Boebert sent Thursday morning where she said “liberals even suck at feminism,” it appears unlikely that she will accept Bardella’s apology. …