Dozens died trying to cross this fence into Europe in June. This man survived 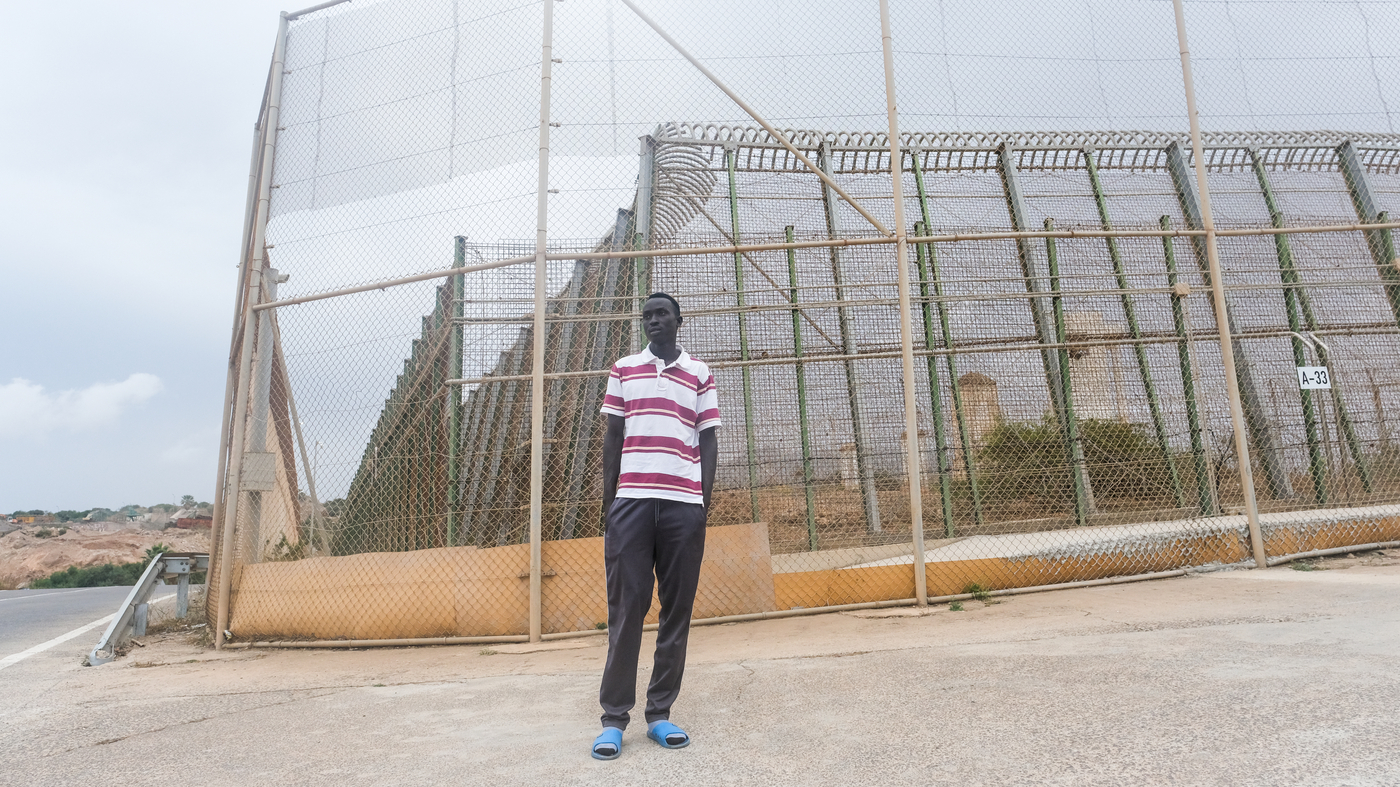 Steven Khon Khon, of South Sudan, stands on the Spanish side of a four-layered fence dividing Nador, Morocco from Melilla, Spain on October 11. On June 24, Khon Khon and many others trying to get to Europe charged the fence. They were beaten back by Moroccan authorities. Dozens were killed. Khon Khon made it to Spain that day, but his brother remained stuck in Morocco.

To visit a popular transit point into Spain, you have to go to Africa. There, you will find Melilla, a city perched on the edge of the Mediterranean Sea. Migrants spend years trying to get there. This has provoked severe border restrictions by Spanish officials. “Melilla today is like a bunker. It’s like living in an island,” says Irene Flores, a longtime Spanish journalist in Melilla. The Spanish enclave city has changed in the last few decades, making it all the more difficult for people like Steven Khon Khon to enter Listen to our full report by clicking or tapping the play button above.